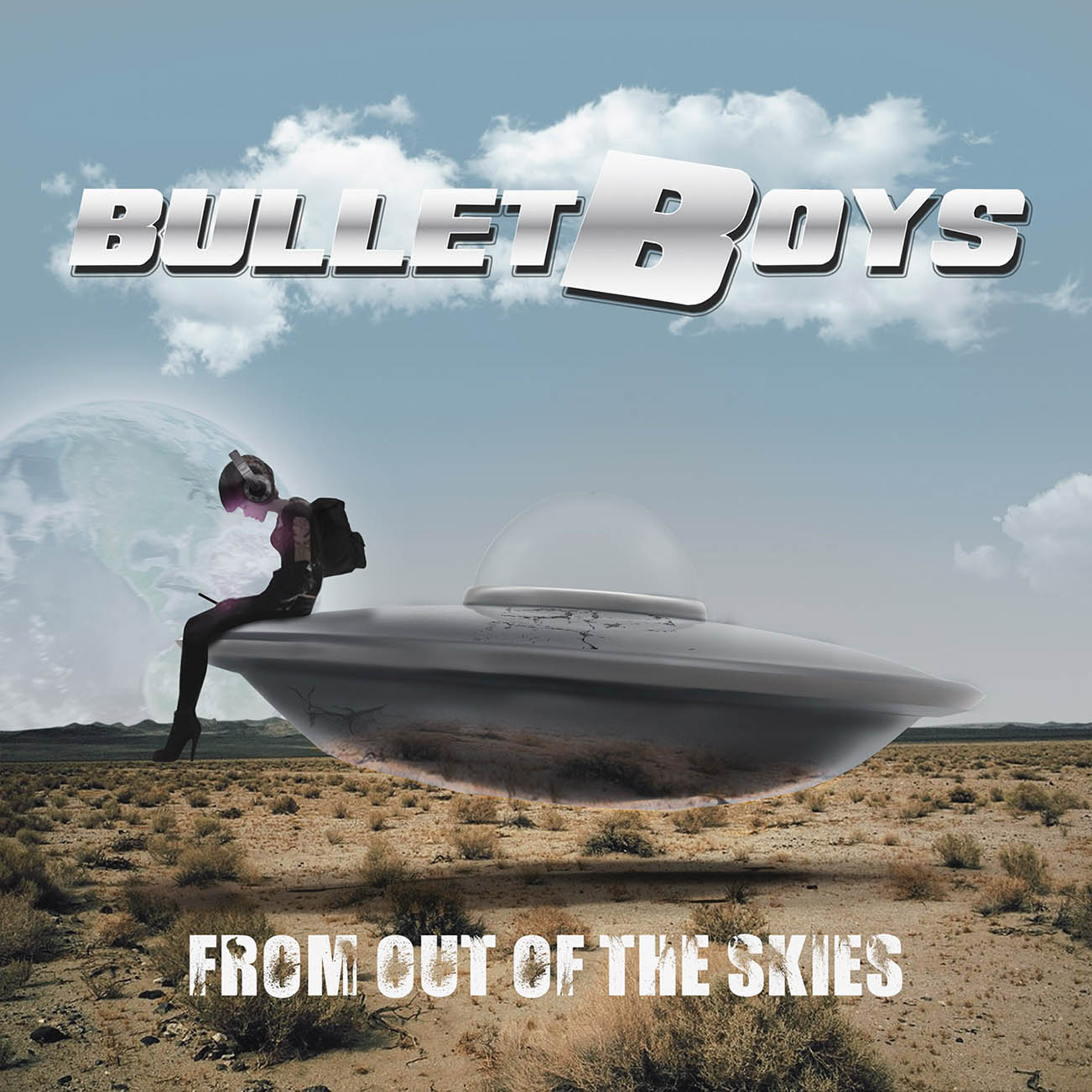 BulletBoys – “From Out Of The Skies” [Album Review]

For any of you that have read my past reviews, you already know that I have a soft spot and a penchant for 80’s hair metal. I grew up on it, spent a lot of time in the scene, and to me it is way more than nostalgia; it is embedded in me. So, when the chance to review the new BulletBoys record came about, I jumped all over it.

These guys were all over the radio and MTV (back when MTV actually played music videos) and the smash hit, “Smooth Up In Ya” could be heard just about anywhere you went. Their unique mix of ’80s glam and a touch of David Lee Roth made them stand out a bit from the rest; everyone loved them, myself included. Their follow-up record a few years later, Freakshow, was very good as well and is still in my extended playlist.

The years went on and the scene died away and many groups dropped off the radar. Admittedly, I lost track of quite a few of them, the BulletBoys included. The old saying applies here, “out of sight, out of mind”. Sure, I was vaguely aware they were releasing music but never really searched any of it out. That is, until 2018’s From Out Of The Skies crossed my desk and I got excited to see what the band was up to.

Opener “Apocalypto” kicks things off in true rock and roll fashion, and Marq Torien’s raw and swagger-filled vocals immediately reminded me of why I liked the band so many years ago. The first three songs kick ass but then, “Hi-Fi Drive By,” the first of three ballads, takes things way down and dampens the vibe quite a bit. Things do pick up again with “Whatcha Don’t” which leads into my two favorite tracks, “P.R.A.B.” and “Sucker Punch,” both of which are super solid rockers with unbelievable groove.

Unfortunately, the album closes with the mood and tempo once again brought way down and it just feels anti-climactic. This record is a mixed bag; when the band sticks to the uptempo hard rockers they are in top form, but the three or so AOR tunes, while good in their own right, don’t do much for the record’s overall vibe.

From Out Of The Skies Track Listing:

Check out the official video for the single “D-Evil” below.