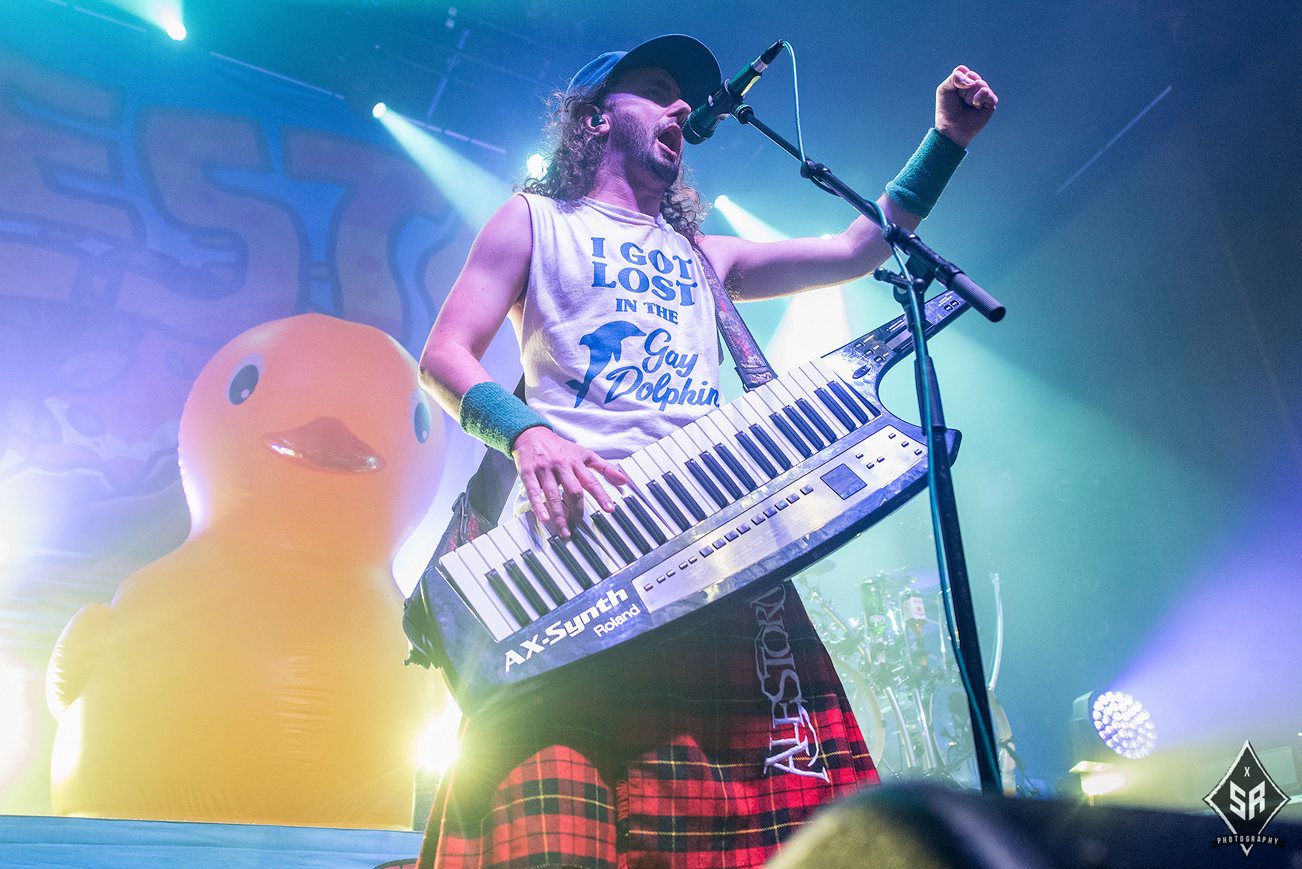 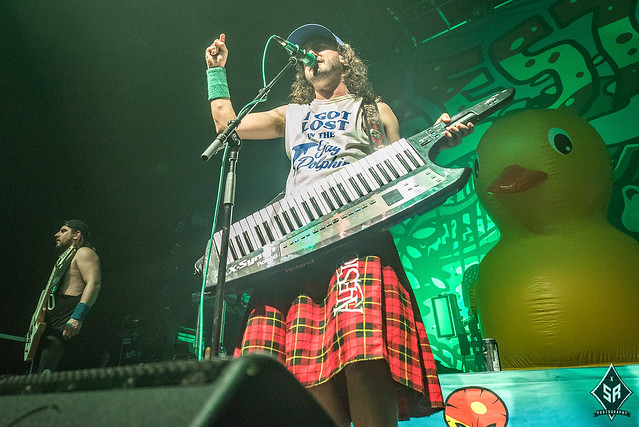 If you spend money attending an Alestorm gig and don’t come away pissed off your head and grinning from ear to ear then you probably should have spent your hard earned money somewhere else. It’s no big secret that pirate metal band Alestorm don’t take themselves all that seriously but, given that the band are right up there at the top end of the bill at Bloodstock this year, a lot of people have made this joke a very big deal indeed.

Comedy act, joke act, novelty act, call them what you want but you can never deny the fact that Alestorm are a whole barrel of fun. Songs about pirates, wenches, mead and so on, it’s all there. Obviously, it’s about as ridiculous as metal can get but then, come on, if you’re a pirate metal band then why not? I think the problem comes in that, after a while, unless you’re pissed as a fart then the joke does get a little tired and it’ll be interesting to see how they fair playing so high up the bill at Bloodstock this year. Having said that, if you want to spend the night smashing down a few flaggons of mead and good yo-ho-ho with your mates, Alestorm are a guaranteed good night out.

Quite how Alestorm have become so big is still a mystery to us and most people out there but they’ve made the joke last for over a decade now and, as such, you can pretty much expect that, as they did tonight, pirate offerings like “Nancy The Tavern Wench” and “Captain Morgan’s Revenge” are going to go over a storm at Catton Hall this August.