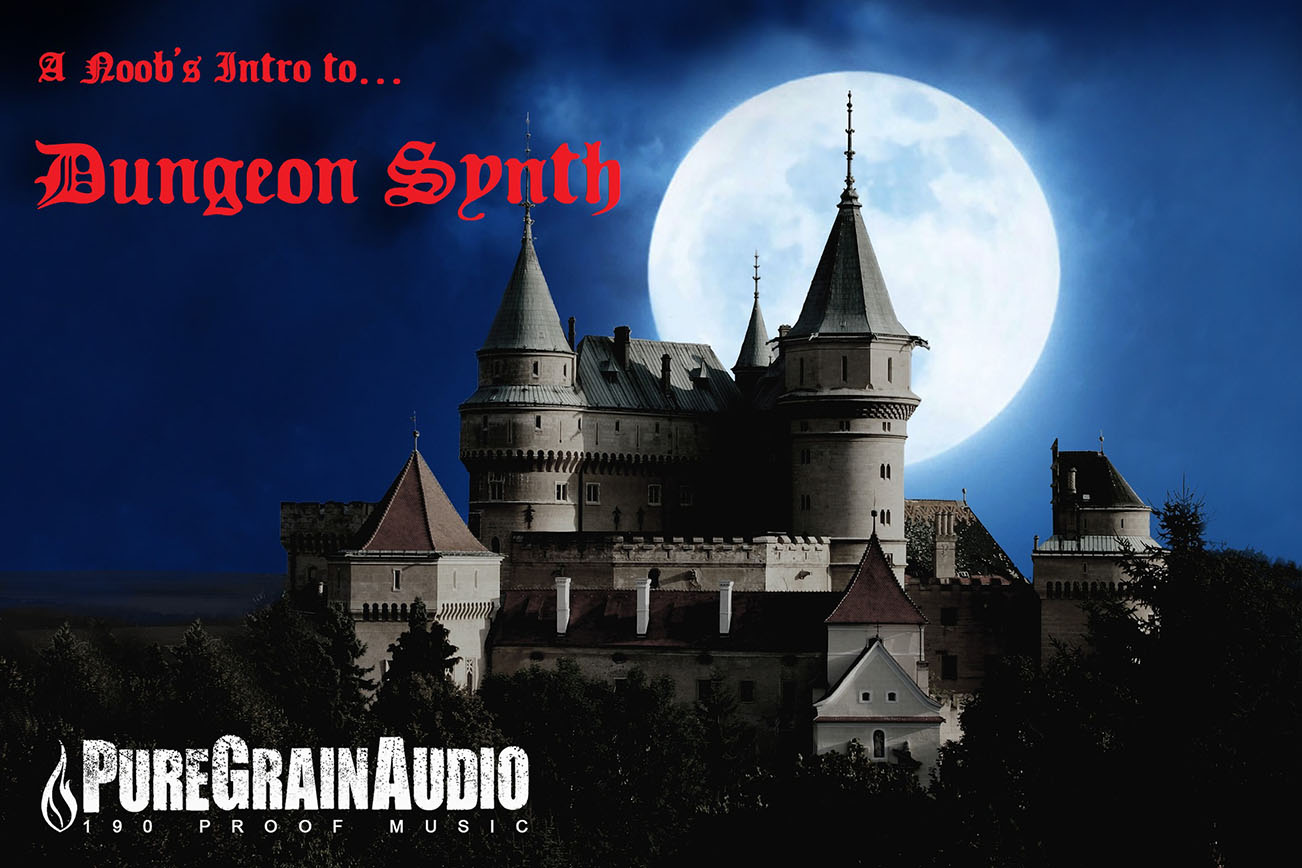 A Noob’s Intro to… DUNGEON SYNTH and Irregular Genre Evolution

Every dedicated metalhead is familiar with keyboard intros and interludes. After 20 minutes of blast beats and heavy riffage comes a minute long synth melody, conjuring images of foggy hills and grey skies. Everything between Blitzkrieg’s A Time of Changes and Opeth’s Blackwater Park has a moment where the metal sounds cease and ambience takes over. Is it conceivable that an entire style can be built on a single genre quirk like this?

It happened, and it’s been flooding BandCamp for the past couple of years. Dubbed as “Dungeon Synth,” this style is focused on ominous synthesizer melodies accompanied by ambient textures and dark medieval imagery. While some are raw and minimal and others are sophisticated and orchestral, each dungeon synth artist is united by fantastical vibes and an obsession with the occult.

Though dungeon synth developed as an offshoot of Norwegian black metal, dark synthesizer-based music is far from new. Some of the earliest examples of electronic music consisted of spacious synth drones layered over one another, forming an otherworldly atmosphere. Electronic music pioneer Mort Garson created occult-inspired synth albums like Black Mass Lucifer and Ataraxia: The Unexplained. Germany’s krautrock scene also featured dark electronic music with acts like Tangerine Dream, Cluster, and Klaus Schulze. Though these examples were momentous for electronic music as a whole, they conjured images of outer space rather than a pagan Scandinavia.

Dungeon synth found its identity in the solo projects of black metal artists. Ambient keyboard interludes were present in black metal at the start with genre godfather Bathory, especially on the albums Under the Sign of the Black Mark and Blood Fire Death. Acts like Emperor and Burzum continued this trend and kept keyboard interludes in, as well as incorporating the keyboards in the actual metal tracks. What differentiated these synth passages from the dark electronic music of the past is its use of medieval voicing, with synths mimicking the sound of real orchestral instruments and creating fantasy inspired arrangements.

Former Emperor bassist Håvard Ellefsen is arguably the first true dungeon synth artist. His solo project Mortiis was the first in the black metal scene to dedicate entire albums to medieval-sounding synth arrangements, with his first demo The Song Of A Long Forgotten Ghost coming out in 1993. Another example is Satyricon founder Sigurd Wongraven, whose solo career included massive orchestral sounds with Norseman imagery. Perhaps the most infamous example of early dungeon synth are the Burzum albums Dauði Baldrs and Hliðskjálf, which were recorded while sole member Varg Vikernes was imprisoned for church burning and the murder of black metal peer Øystein Aarseth.

Though other projects like these existed throughout the nineties and into the present day, there was never a unifying label or culture. The first use of the label “dungeon synth” was probably by Andrew Werdna in 2011 on The Dungeon Synth Blog, resembling the phrasing from Mortiis’ self description of “dark dungeon music.” This new term helped cement the identity of dungeon synth creators, leading to an influx of dungeon synth material on platforms like Bandcamp.

The phenomena of dungeon synth has two important implications. The first is that genres do not always evolve linearly. While the evolution between thrash metal and death metal shows a logical progression of intensity, other styles are born by exploiting specific attributes, much like how hip-hop beats were created by looping breakdowns on funk records. The second is that labels matter. While genre titles can often become self indulgent, and bands shy away from boxing their creative efforts into specific parameters, a genre title can also serve as a rallying cry for an established collective of artists. Dungeon synth existed quietly for nearly two decades before the label was introduced, leading to a resurgence of interest and an international creative base. The next time you hear of a new genre, do a quick search make sure it wasn’t born twenty years prior.