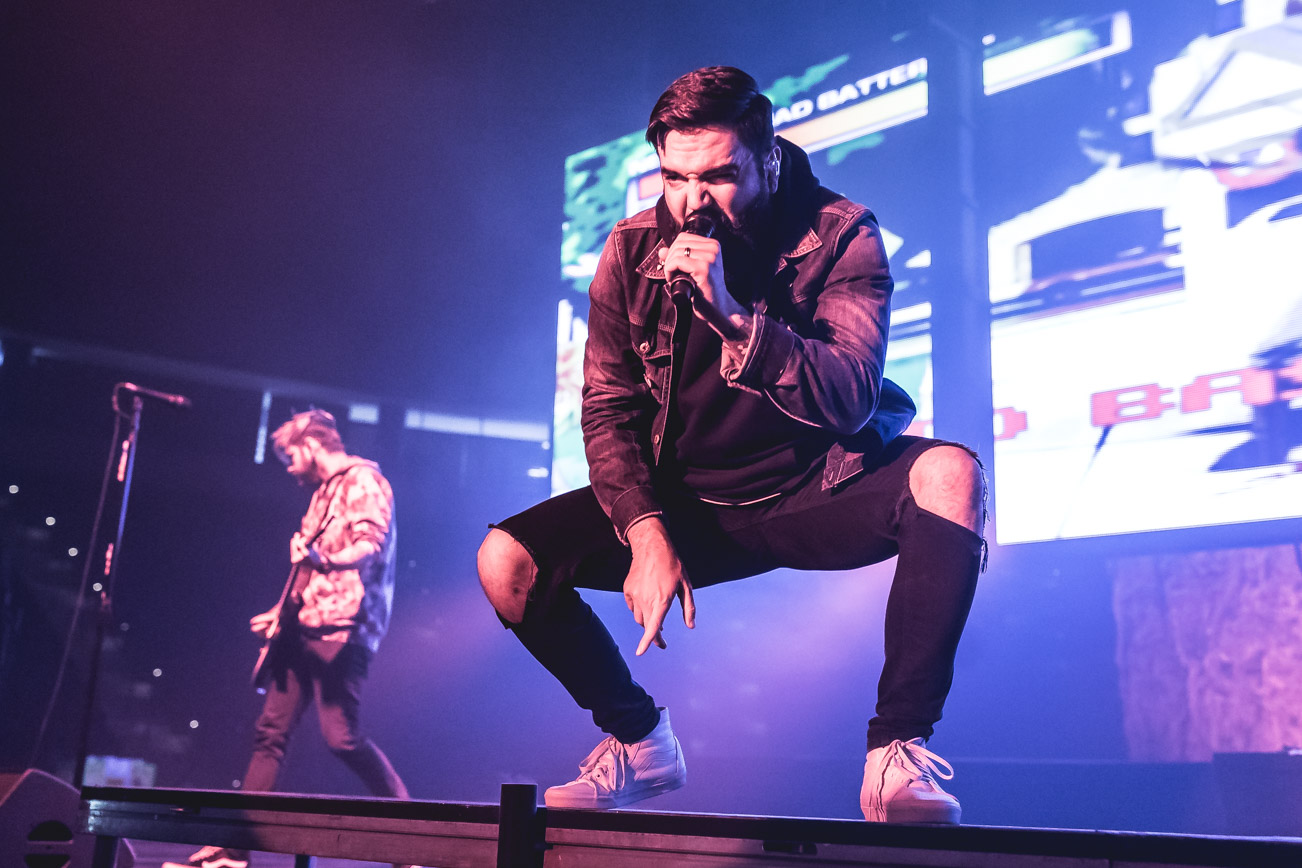 Pop punk/metalcore giants A Day To Remember just wrapped up their “15 Years in the Making Tour” in their home state of Florida, but luckily, we caught them crushing it on March 15th at Lowell’s Tsongas Center along with supporting act Papa Roach and openers Falling In Reverse and The Devil Wears Prada.

Even at an hour before doors, the queue to get into the venue must’ve stretched nearly a quarter of a mile–mostly comprised of teens and their parents, but with a fair amount of longtime ADTR fans in their mid-20’s like myself. The venue was packed by the time that TDWP came on. While the band definitely had some fans in attendance, they had their work cut out to win the younger contingent over. Frontman, Mike Hranica emerged, shirtless with tattoos on display and the band kicked straight into a set that would only feature one song off their most recent album Transit Blues, “Worldwide.” The rest of their relatively short, 6-song set was made up of heavier tracks from throughout their discography, including notable favorites, “Anatomy” off of the Zombie EP, as well as “Danger: Wildman,” from 2009’s With Roots Above…, and “Mammoth,” from 2011’s Dead Throne. Hranica was all over the stage as usual, belting out each guttural note and whipping his hair around as he bounded around. TDWP never disappoint and tonight was no different! They’re definitely winning some new fans this tour.

Falling In Reverse picked up where TDWP left off. While the band and their controversial frontman Ronnie Radke are not really my cup of tea, they’re hugely popular with the younger generation, and it showed. The crowd went wild for Radke and his cohorts–especially during “The Drug In Me Is You,” and “Fuck You and All Your Friends”–and hung on his every word in between songs during their 7-track set. FIR got the event staff working out, with many a teenage female surfing over the barrier during the set, though this was just a taste of what was to come during A Day To Remember.

Although I grew up when Papa Roach was really in their heyday, I never got the chance to see them. So it was neat to finally catch them live–if also slightly confusing to see a younger generation so familiar with what were hit songs when I was their age! Their set was chock full of hits, beginning right off the bat with “Crooked Teeth,” and “Getting Away with Murder.” Frontman Jacoby Shaddix doesn’t appear to have aged a day from the music videos I saw as a kid, and certainly didn’t seem to show any age on stage. Shaddix also didn’t shy away from the crowd, singing “Face Everything and Rise” from a seated section, and later hopping down and climbing up on the barricade to perform an entire song. Just before the end of their set, the band played the song I–and probably many other 20-somethings in attendance–was waiting for: “Last Resort.” The whole number was one great big sing along. It was freaking awesome! Although this tour is over, you can catch Papa Roach on tour this April through May Nothing More and Escape The Fate. 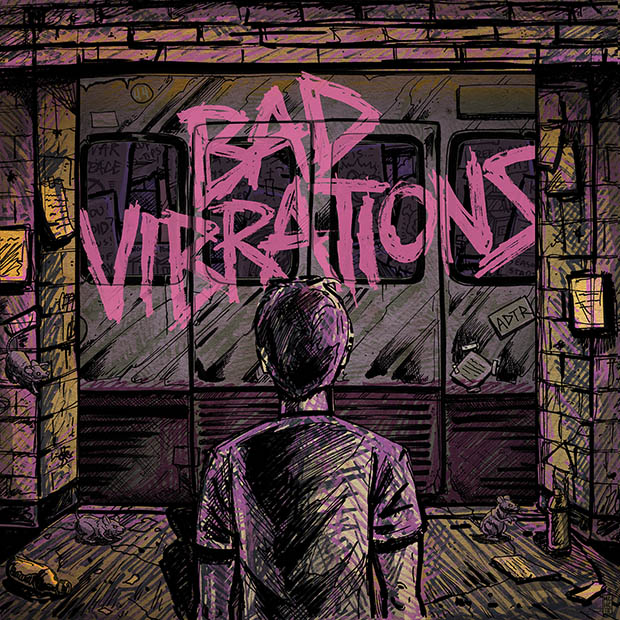 At long last, it was time for Ocala, FL’s finest, A Day To Remember to close the night out. ADTR is not a band to skimp on production on a headlining tour, as evident by the massive, motorized LED panels hanging above them that cycled old school video game animations and other content throughout their set, which also featured confetti and CO2 canons, a t-shirt canon, many, many rolls of toilet paper, and more! ADTR kicked off their set with fan-favorite, “I’m Made of Wax, Larry, What Are You Made Of?” Much to the delight of the crowd, Hranica emerged to perform his guest spot in the song alongside frontman Jeremy McKinnon. The crowd went absolutely nuts during the next two songs that followed, “You Already Know What You Are,” and “2nd Sucks,” to the point where there weren’t enough event staff to catch everyone crowd surfing–I actually ended up grabbing a couple of folks off of the crowd after seeing one land on his head with no one to catch him. It seemed like a bit of an oversight on the part of the venue to be so understaffed for such a major event.

But all that aside, the set from ADTR was quite the spectacle, with the band getting fans to form a massive circle pit during “Paranoia,” and partake in “crowd surfers on top of crowd surfers”–essentially one person “surfing” standing on top of another crowd surfer. All the big hits were there there too, including golden oldies “The Plot to Bomb the Panhandle,” “Have Faith In Me,” and “Downfall of Us All,” the latter of which was punctuated by a second confetti blast. I’m not sure if it’s possible to see a bad A Day To Remember show–they always seem to bring their A-game to the live setting. It certainly never gets old–so if you missed this tour, or if you simply want to see them again this year, the band is playing a few festivals/offdates in the USA and in Canada this summer. Check out these dates below!