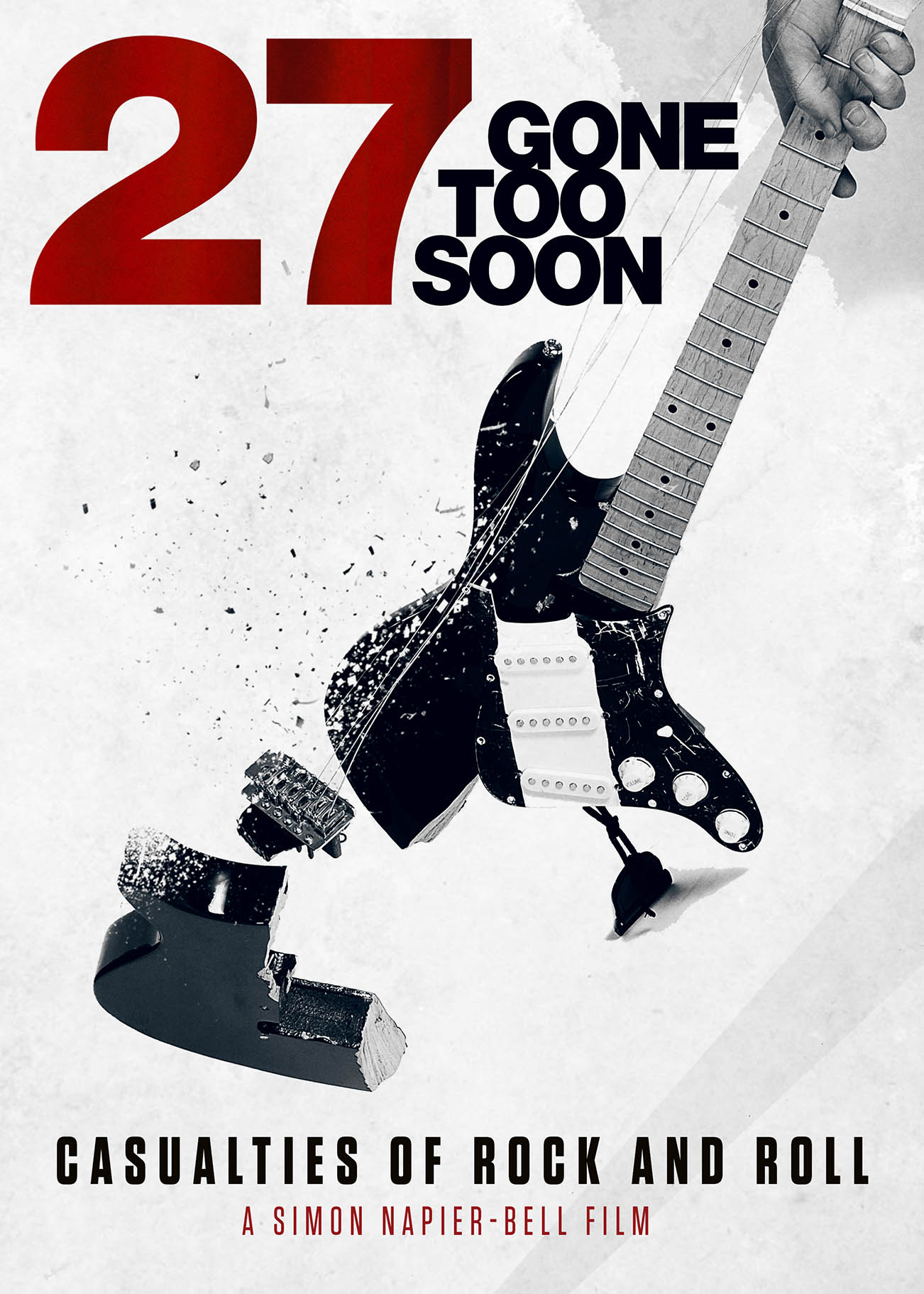 The 27 Club is a collection of musicians who have all died at the age of 27 (many due to alcohol/drug abuse or other violent circumstances). It’s said that there are 50+ musicians who populate this club, four out of the six of whom are discussed in the new documentary film 27: Gone Too Soon died within 3 years of one another.

27: Gone Too Soon, which debuts at Regent Street Cinema on March 26th, sheds light on many of those musicians whose lives abruptly ended at age 27. The documentary dives deeper into the “how” and “why” of each musician, focusing primarily on the following artists: Brian Jones (The Rolling Stones), Janis Joplin, Jim Morrison (The Doors), Jimi Hendrix, Kurt Cobain (Nirvana) and Amy Winehouse.

By incorporating insight from many great music industry veterans, ranging from music critics to band managers, we begin to gain insight into each musician on a more intimate level. Former Pink Floyd band manager Peter Jenner, author Lesley-Ann Jones, Gary Numan, and many more knowledgeable vets are consulted over the course of 27: Gone Too Soon.

Director Simon Napier-Bell also fills the film with nostalgic footage of the artists; both on-stage and off. Intimate clips of them speaking about their lives and careers, not to mention drugs and alcohol, paint a picture of how their lives were altered and/or how their craft was “benefited”. To that effect, the interviewees comment on how most 27 Club-related artists had their demons which ultimately led to drug and/or alcohol abuse. They also touch on how these artists never had the chance to get the proper help they so evidently needed (rehab, counseling, addiction resources, etc.).

“The relationship with the record companies and the artists, was to become the artists friend, and you did that by getting them what they wanted. If they were drinking you bought them drinks, if they were smoking dope you’d buy them dope…” Peter Jenner explained.

The interview subjects each present facts as to how the musicians “fit into” the 27 Club, whether it was a rough upbringing that fuelled their music and made it one of the reasons they were so great; or how becoming an artist so young had opened the door to this new world that they had never before seen and swallowed them at the same time. Either way, by the end of the documentary each artist and the cause of their untimely death sparks an undeniable connection.