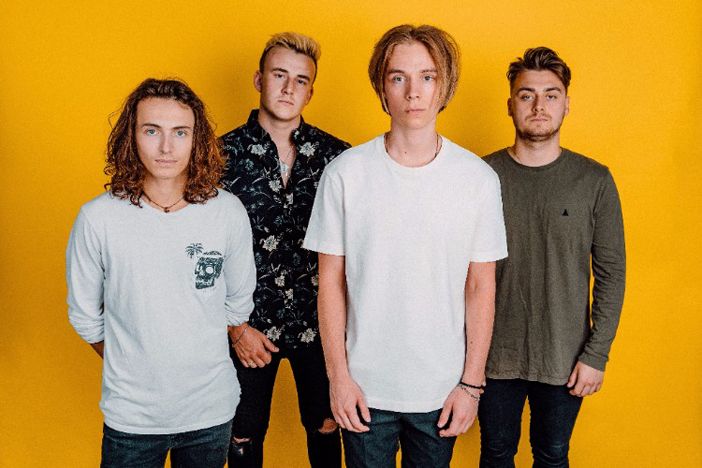 “We are absolutely over the moon that we can announce our first EP, let alone release it! These songs embody a sort of ‘twisted fantasy’ theme. They don’t necessarily tie into each other but they all relate back to the fantasies that everybody has at some point but are too afraid to share. We’ve been sitting on these songs for a long time, so to finally release them for everyone to hear is the best.

You can expect the full-length version of the tracks we’ve released so far, so extended parts that have been cut for radio. Also the odd bonus track that wouldn’t have been released as a single! We basically wanted an EP of absolute bangers!” – Harry Acreman, Guitars.

As I Take A Breath Track Listing: