August 2017 brought forth Quiet Riot’s 13th studio album, Road Rage. On the Frontiers Records-released studio effort, the long-time rhythm section of drummer Frankie Banali and bassist Chuck Wright is in tact, while Alex Grossi — who joined QR in 2004 — remains on guitar. New to the lineup is vocalist James Durbin, who fans of American Idol may remember from his high placement in the competition show’s 10th season. With the addition of Durbin, Quiet Riot manages to come across as both classic and contemporary.

To learn more about Road Rage, I had the pleasure of conducting Q&A with both Banali and Durbin. And for those looking to learn more about the history of Quiet Riot, the Regina Russell-directed Quiet Riot: Well Now You’re Here, There’s No Way Back is a must-watch.

Check out “Can’t Get Enough” by Quiet Riot.

How did you first encounter James? Did you watch him on American Idol?
Frankie Banali: The first tine I was aware of James was via the American Idol show. A friend had told me that there was a “rock guy” on the show. I checked him out and I was impressed with his vocal talent and performance energy.

Do you have a favorite song on Road Rage?
Banali: I like them all for different reasons. At the moment “Can’t Get Enough,” which is a really strong song, and I really like “Roll This Joint,” because for me personally it has some really fun drum grooves to play.

Durbin: My current favorite song on Road Rage is “Roll This Joint.” It has a killer groove and it was one of the most fun to write.

Around how many songs were written for Road Rage?
Banali: About 15 songs, some which were finished and others where the music only was written but not used on the record.

The cover artwork for the recent Road Rage album. 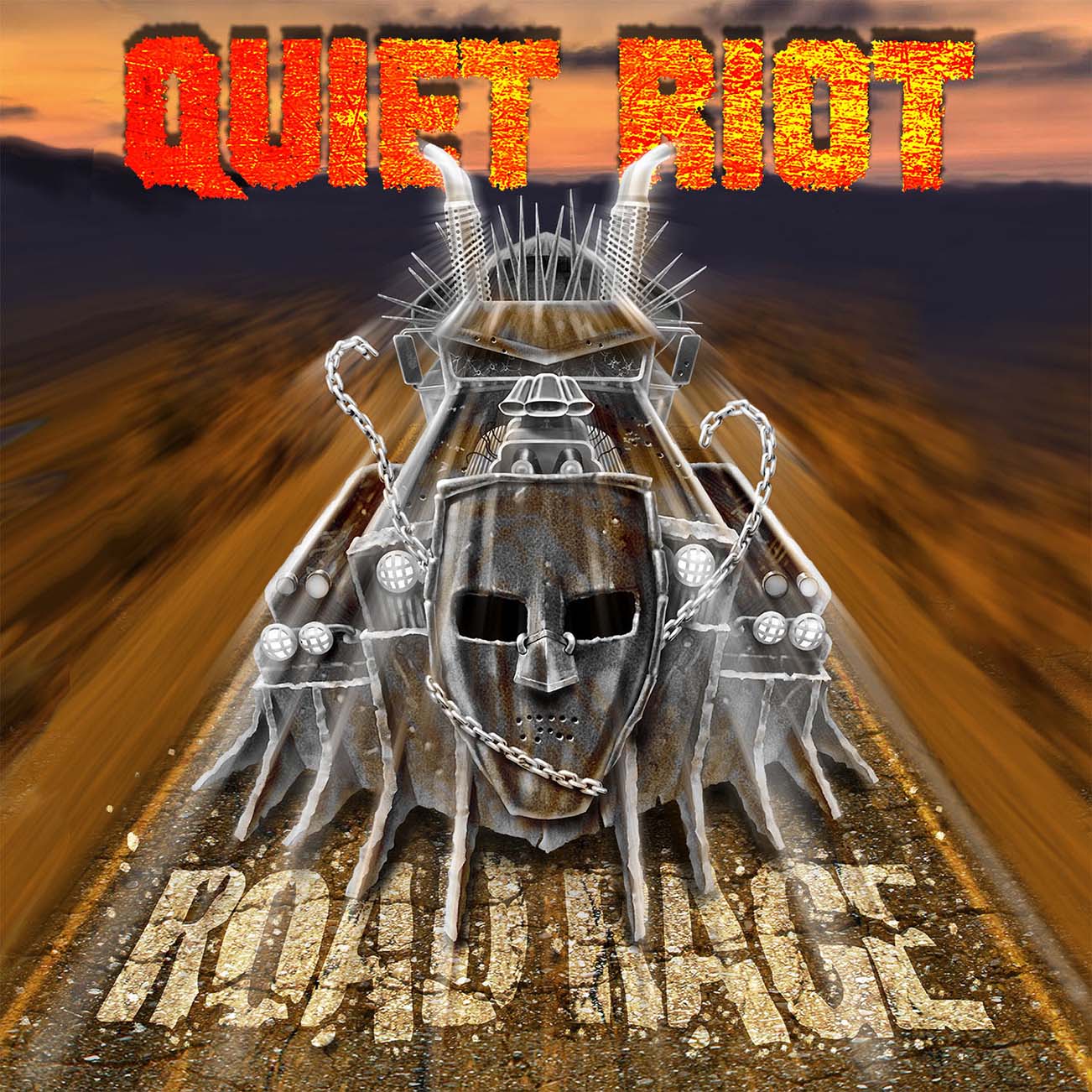 Will you be playing a lot of Road Rage on your upcoming dates?
Banali: We’ve already added “Freak Flag” to the set, which fits perfectly with the older material and has gone over really well live. We will also add “Can’t Get Enough” to the set. Possibly “Roll This Joint” in the future.

Frankie, you were part of the legendary Hear N’ Aid project, including the “Stars” song. Was there a highlight for you in the project?
Banali: I was flattered to be a honorary member of Dio for the recording session. Jimmy Bain played me the acoustic version of the song early on before the project took form and asked if I would play drums alongside Vinny [Appice] and the members of Dio. I said, “Of course.” Much time passed before I got the call with the studio schedule, which was the day after I was to return to L.A. from a Quiet Riot tour of South America. I went straight in with jet lag and it was well worth it.

In your opinion, has there ever been a charity recording as great as “Stars?”
Banali: I can’t say that I know of many. I think that if it’s a legit project for a legit organization, it’s a positive experience for the musicians, fans and the charity.

Is there anything you wish that the Quiet Riot documentary had covered more?
Banali: With any great story you have to decide what to include and what cannot be included due to running time constraints. With nearly four decades of history, it is impossible to cover that time span in infinite detail. I think Regina Russell did a phenomenal job dissecting through all the footage and archives to give a concise look into what the Quiet Riot journey has been.

“Freak Flag” is from the latest Quiet Riot album

Has James ever made you do DDP YOGA?
Banali: Actually, no. (laughs)

James, how did you first find out about DDP YOGA?
Durbin: I’ve been a huge pro wrestling fan and aficionado for 15 years. I forget exactly where I’d found out about DDP YOGA but then it was called YRG. The thing that really stands out to me was seeing the success story of Arthur [Boorman] and then listening to Chris Jericho talk about it saving his career, so I thought I’d give it a shot!

Do you have another solo album in the works? Or is Quiet Riot taking up most of your time as an artist?
Durbin: I do! I really enjoyed the laid-back process of writing and recording my last solo album Riot On Sunset in 2016, so while I am working on my fourth solo album, I don’t have a timetable or a projected date at all. I’ve been wanting to do something different and Road Rage has provided that and at the perfect time. Just before joining Quiet Riot I had resurrected Hollywood Scars with Quiet Riot guitarist Alex Grossi. We released an EP earlier this year and have plans to roll out a full-length sometime next year. Needless to say I’ve had no problem finding ways to stay creative.

When not busy with music, how do you like to spend your free time?
Durbin: I’m a daddy and a husband first, touring musician second. So I’d like to say I’m busy with music in my “free time.” (laughs)

Finally, any last words for the kids?
Banali: Enjoy life, it is precious.
Durbin: Stay in school! (laughs)

TRIVIUM Post ‘The Sin and The Sentence’ Tour Recap Video