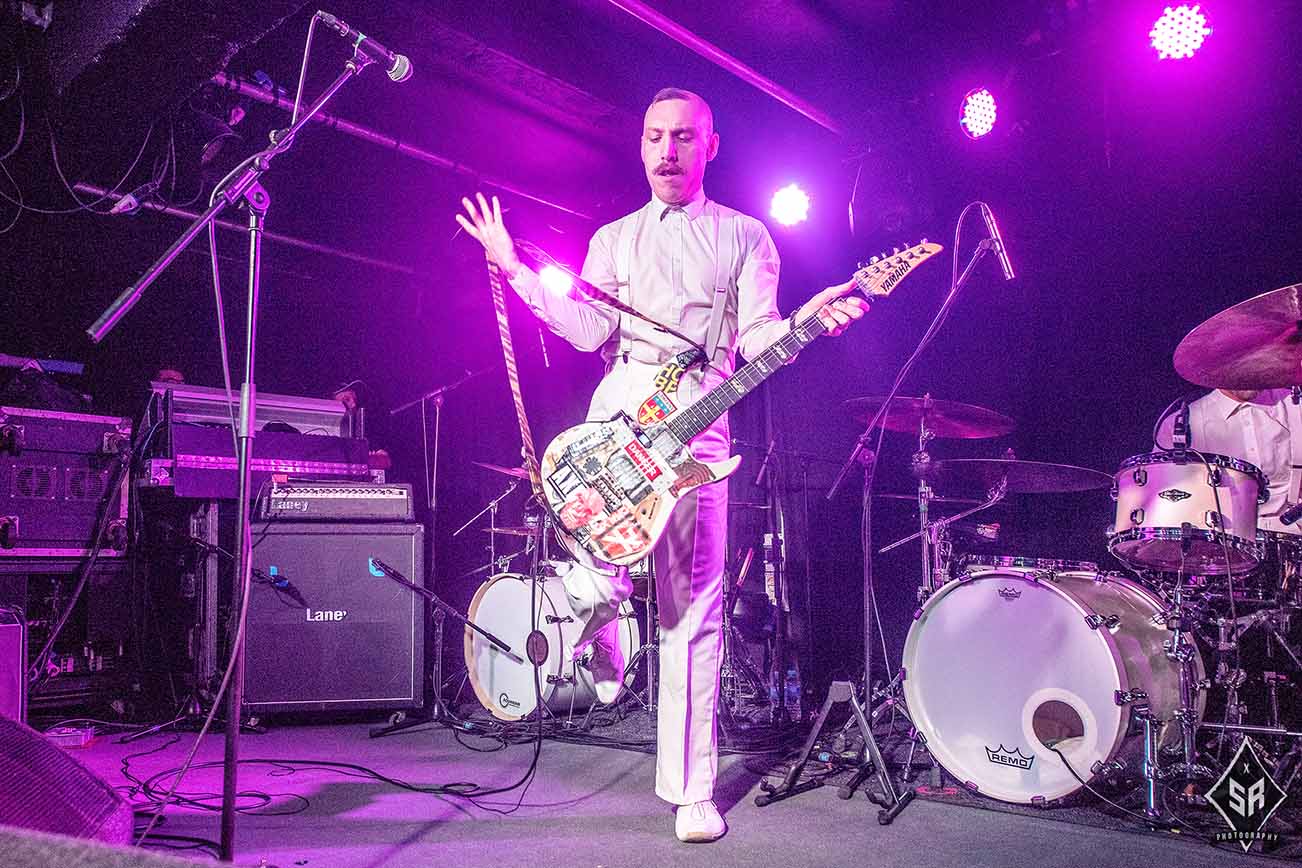 One of the UK rock scene’s most colourful characters, Jamie Lenman headed out on the road in February in support of his solo album Devolver which came out through Big Scary Monsters late last year. Support for the tour came in the form of Brighton based pair of Gender Roles and heavy indie rockers Loa Loa.

Pure Grain Audio caught up with the tour three dates in as Jamie brought his band to the Manchester Academy 3 and found Jamie in particulary abrasive form. Thrashing through a selection of tracks from the Devolver album, Jamie was mindful not to forget fans who’d been with him from his Reuben days by tossing them out the odd classic or two like “A Kick In The Mouth”.

Looking thoroughly at home on stage, Jamie already seems to be having a blast being back out on the road touring his new material and, even this early in the tour, you know by the end of it, he’s simply going to be killing it.