Toronto, Canada-based rock trio, Faiyaz and The Wasted Chances, are gearing up to release their Quality Control EP on February 6th and, ahead of their upcoming CD release show at Toronto’s legendary Horseshoe Tavern, we’re stoked to help offer insight into the recording with this exclusive track-by-track! Give it a read through and be sure to also check out the new single “Sell Your Soul” below, plus more music via Bandcamp.

01. “Breakfast in Bed”
– Here drummer Dylan takes inspiration from rhythms found in Joy Division’s simple yet powerful drums providing an almost metronome like effect to backup the melodies. The melody also maintains powerful yet simple even with Faiyaz’s double digit overdubs. Every overdub slightly enhances the simple melody without overtaking another parts tonal and musical placement to make it sweeter then your favourite maple syrup.

02. “Cardboard”
– This song lyrically has to do with infatuation. When you’re so head over heels over somebody after just meeting them and you really shouldn’t be missing them. The solo on this song we really owe to our amazing engineer/producer/mixer/therapist Dylan Frankland. What you hear on the final version solo is actually two completely different solos playing at the same time in harmony. Both are run into delays most likely the famed Roland space echo used on brenda tracks.

03. “Spilt Milk”
– It’s quick, has lots of fast change-ups, and keeps the momentum going throughout. Recording this album live off the floor (with the exception of a ton of overdubs courtesy of Faiyaz) was key in trying to capture the intensity we try to bring to songs like these on stage. This song really owes its fuzzed out attack on a vintage fender blender fuzz pedal that faiyaz had somehow acquired off Craigslist for 60 bucks. Using vintage garage gear is what makes our sound. 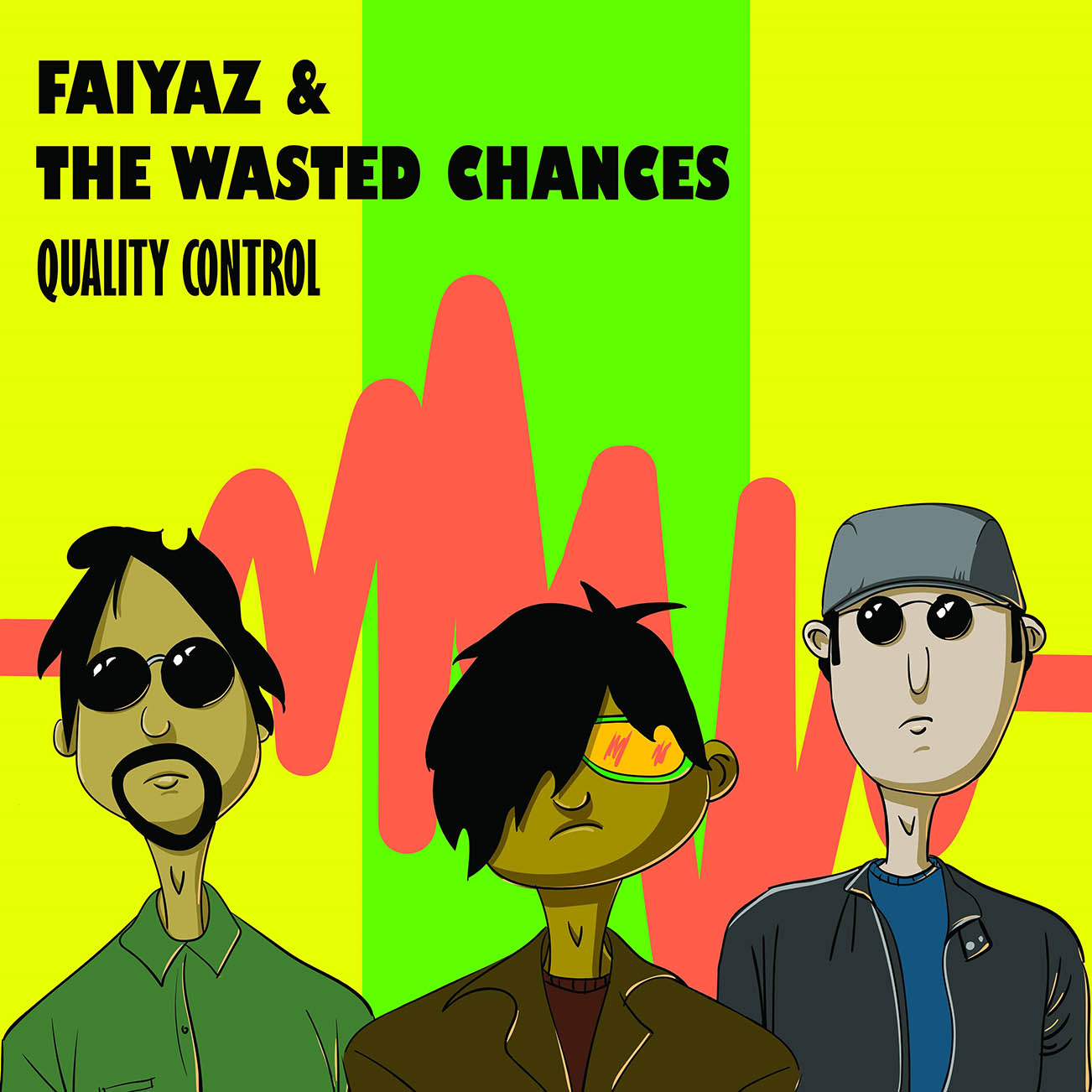 04. “Shortcuts”
– This song, no matter how hard we try, keeps getting faster and faster the longer we’ve had it in our repertoire much to the dismay of our more laid back bassist Sean. While the bass sounds amazing, Sean had trouble trying to get a good take on the song. After many tries and basically only enough time for one take Sean finally got it dead on. The back against the wall mentality is something that this band has in spades.

05. “Number”
– “Number” has Dylan our drummers favourite part on the album, and he’s not even in it. By the time we got into Candle to do this record we had been practicing this song for a number of weeks but hadn’t quite got the ending perfect. Like many of our songs the endings tend to come on a bit spontaneously. What Faiyaz and Sean end up doing with their dance of counter melodies is really beautiful.

06. “Torn Out”
– Torn out started out as a great country inspired song and to Dylan’s insistence (or perhaps impatience) to play just a little bit quicker. The song has one of the most interesting overdubs. Basically during the chorus and post chorus all the picked guitars are doubled and the doubled again in a higher octave. It really ads a natural chorus effect. For most people doing all that is very tedious but for Faiyaz it was one take each like most of his guitar overdubs. Even Dylan Frankland was shocked how fast and precise Faiyaz’s overdubbing can be.

07. “Sell Your Soul”
– This song is the most complex and dark one out of the bunch. Between Dylan’s south Asian-inspired drum fills to the ridiculous amount of overdubs and Faustian lyrics. The entire last 50 seconds of the song are only there because Faiyaz, rightfully so, couldn’t be stopped while playing the song on stage once it had ended. So, the rest of the band would give him a minute and then come back in with usually some pretty epic results. The end features everything from a 50 voice stadium shouting the fuzzed out solo to slide guitars played in half time and being sped up.