Sweden’s Broken Cross has released the full stream of their Militant Misanthrope album which you can hear below. The album was recorded at Studio Underjord in Norrköping, Sweden (Vanhelgd, Year Of The Goat, Griftegård), and mastered by Joel Grind (Toxic Holocaust).

Broken Cross founder Niklas Holm commented, “When I released the first Broken Cross album, Through Light To Night, in 2015, I was really into photomontage art and artist John Heartfield in particular. After years of admiring his art on Discharge and G.I.S.M. album covers, I decided to name the album after one of John’s pieces. I thought it was a clever take on history, art, and the state of the modern world. Of course, no one got the reference. This time I wanted a simple title that says it all. Militant Misanthrope is a pretty straightforward punk rock song, with ’80s hard rock/heavy metal influences, and some howling wolf sounds thrown in for good measure. It’s also the title of the new album. Hopefully it will appeal to the freaks and outcasts of the world. If not, at least the message should be clear.” 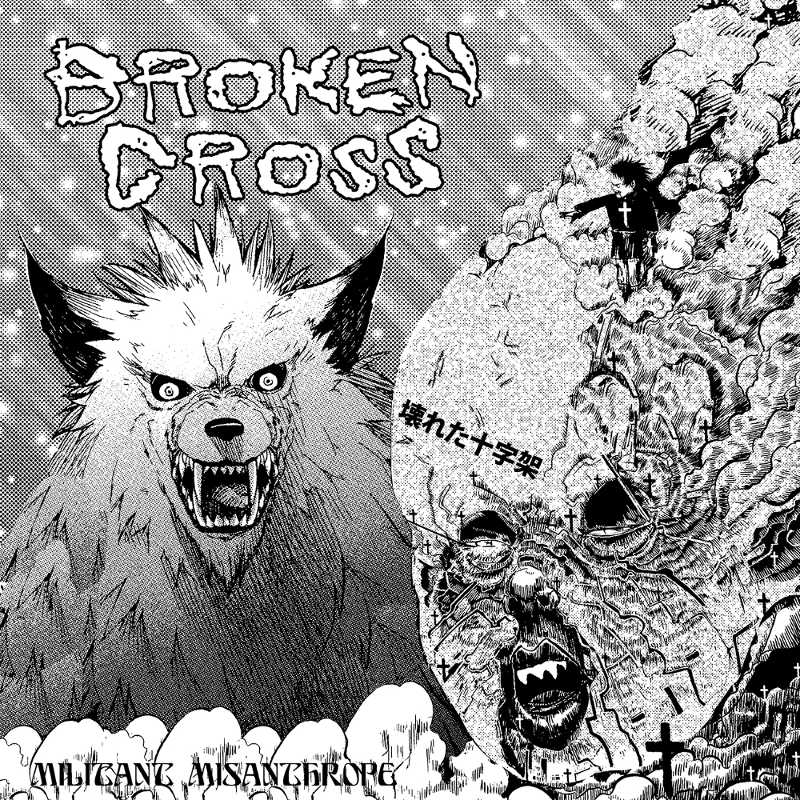