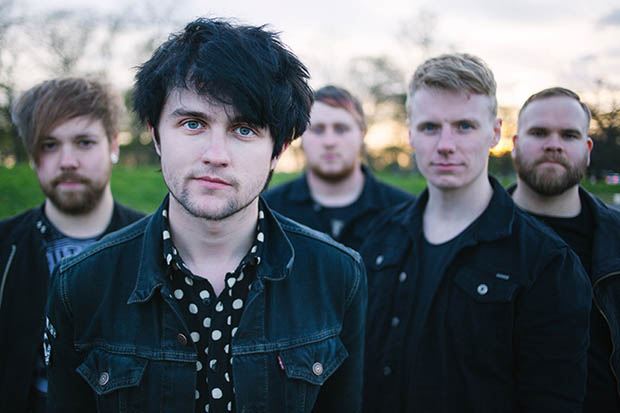 As Sirens Fall are excited to announce the release of their second EP, Where Lost Things Go will be released on April 13th. You’ve probably already heard the first single “In My Mind,” featuring Skindred’s Benji Webbe, so you can be fairly certain that this is going to be a huge release for the Yorkshire, five-piece.

The band recently made a full return to live performing after taking most of 2017 off. Since returning to the stage, they have played several headlining shows and have shared the stage with ilverstein, As Lions, Ashestoangels and more.

Frontman Mikey Lord has recently been talking about what is a very personal release for the band; “This EP is really special to us. It’s such a huge step up from The Hospital Party in so many ways. We can’t wait for people to hear it. The songs in this record were all written over a number of years. They soundtrack a very difficult personal journey, for all of us.”

“Exploring ourselves as artists and as songwriters is the best feeling in the world. We’re so excited to share the fruits of that with the ASF family. These are some of the most open and honest lyrics I’ve ever written. I’ve always been open, lyrically – The Hospital Party was very honest – but these songs certainly go deeper. I’m as terrified as I am excited to see how people react to what I’m singing about.”

He continued, “Mental health is the single most important message we have, and it permeates every song on this record. It takes you on a journey from chaos and darkness, to acceptance, inspiration and joy.”