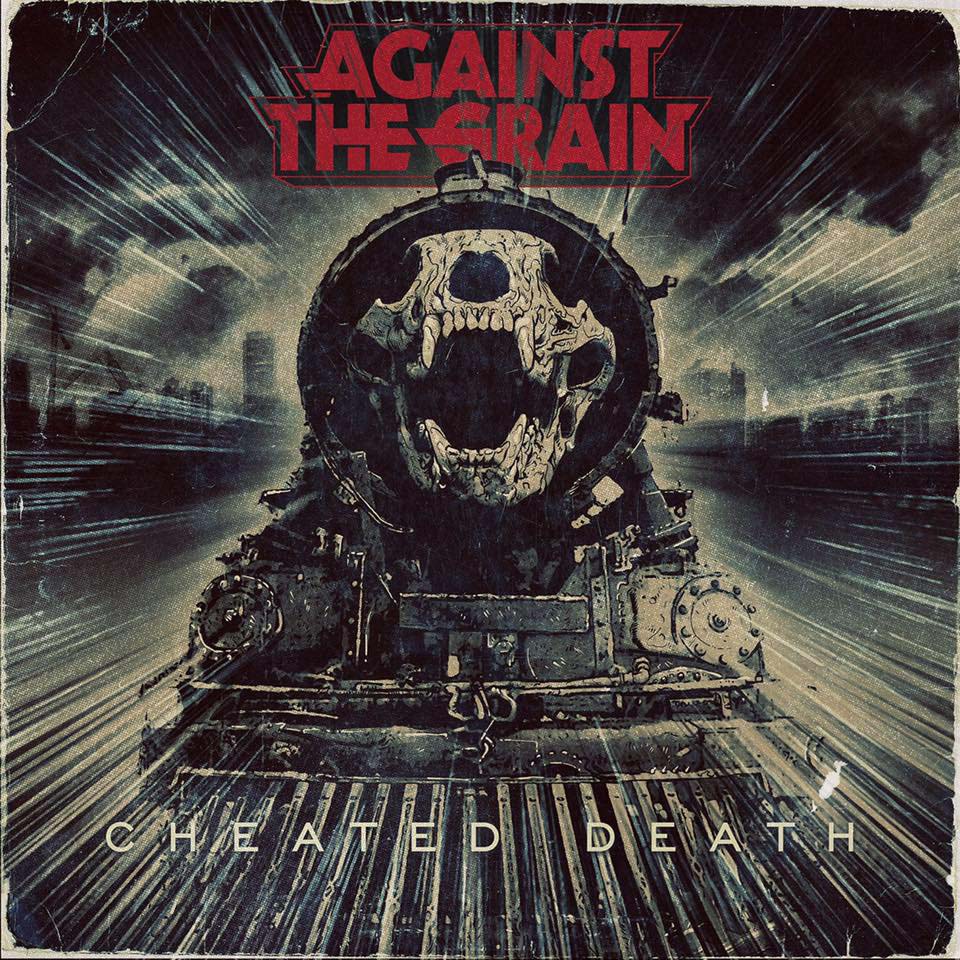 “We’re going back to speed rock with this, that’s the plan” exclaims Against The Grain drummer, Rob Nowak, when I first asked him about their fourth LP, Cheated Death, in 2017. A niche genre (small but dedicated followers), speed rock’s a grey area that lies between the dexterous ferocity of metal, the agro in punk rock, and swing of rock n’ roll. It’s a consistent sound present in their back catalog (2012’s Motor City Speed Rock = punk/speed rock, 2013’s Surrounded By Snakes = stoner rock/speed rock, and 2015’s Road Warriors = a combination of all three with southern rock influence). Cheated Death separates facets from each prong here into twelve tracks which have them sounding like a contemporary classic-era Motörhead, something Nowak expresses gratitude for when told but reiterates “the goal was to capture our live sound more than anything.”

The songs are dynamic, no monotony or repetitiveness. Sparring vocal duties between bassist Chris Nowak (Rob’s brother) and guitarist/resident vagrant Kyle Davis give each track a different feel and the NWOBHM-like dual guitar work of Davis and Nick Bellomo (second guitarist) is solid. The album’s sequencing works well with the kick-off track, “Cheated Death”, holding a galloping rhythm that underlays the commanding yell of Nowak’s lead vocal. The concluding track, “Into The Light” mirrors an opposite effect with the song’s battle-worn lyrics barked by Davis’s last-ditch, all-or-nothing vocalizations.

The structure of “Sacrifice” draws some parallels of the Motörhead track of the same name, yet most notable in the song is the dexterity that bassist Chris Nowak exhibits giving him some shine time over the guitar work of Davis and Bellomo. It’s not all Zeke-like on Cheated Death though, “High Heeled Woman” the testosterone for KISS-influenced lyrics and a derivative riff from Mötley Crue’s “Girls, Girls, Girls.” “Devils and Angels” is a cathartic blues-rock number that comes close to their live sound. The most aggressive cut is “Rolling Stone” in part of the crushing riff structure occurring within the first 1:20 and double timing into a frantic run to conclude the track, also a track that is penned with the intent of Davis to sing. The dual rhythm and solo guitar work between Bellomo and Davis are highlighted best in “Going Down Fast” showing a great chemistry between their styles. That’s something surely to be missed and hard to fill should Bellomo vacate his spot (Bellomo stated recently in a Facebook post that this record would likely be his last with Against The Grain.)

The artwork of a screaming dog skull manning a beat up train with a desolate city landscape behind it does this record representational justice. Cheated Death is a record worth paying attention to if you’re an unfiltered heavy rock person. Even though their goal was to get their live sound on tape, highly recommend you check them while they’re on the road, they’re pretty loud.

Be sure to check out the single “Cheated Death” here.