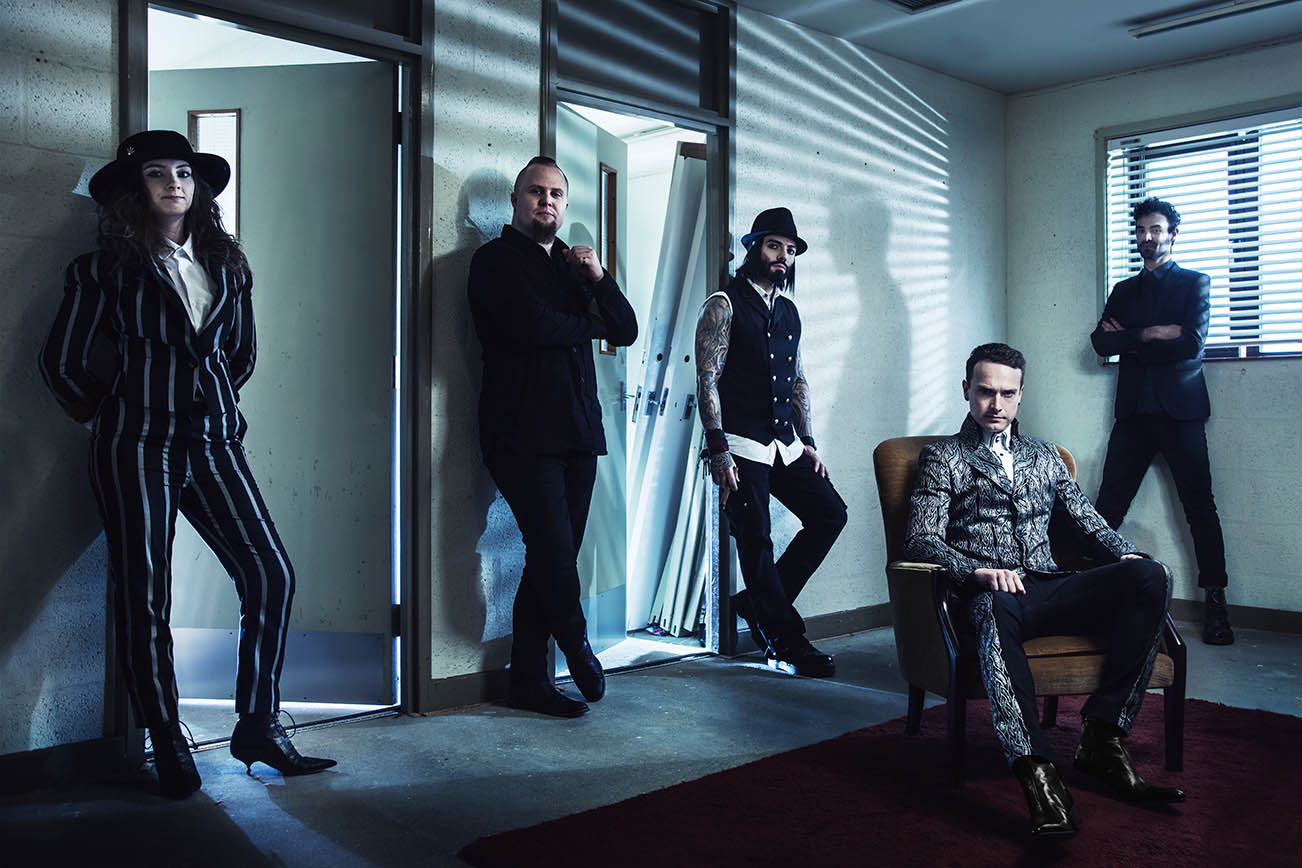 An excellent sampling of the band’s sound, this is the their entire album!

The Skinny: A cult classic is usually defined as a piece of work that enjoys underground success and has a passionate, but limited fanbase. Taking this definition in stride, and looking set to completely obliterate it, Aaron Buchanan & The Cult Classics are the greatest stadium rock band you’ve never heard of. Well, they will be. They’ve only put one album out so far, having formed very recently from the ashes of Buchanan’s previous group Heaven’s Basement. So, immediately selling out Wembley Stadium or Madison Square Gardens might be a stretch. But don’t bet on it being too long before they’re enjoying the crowds those arenas can attract.

Theirs is a monumental sound, based on a solid foundation of hard-hitting rock. They’ve taken everything good about 70s and 80s rock bands and distilled it into supercharged, turbo-powered music. Contemporaries like Inglorious or Tax The Heat have brought similar music to mainstream success, but nobody seems to be having as much fun as Aaron Buchanan and his new backing band. Buchanan’s vocals have just enough rough edge to seem dangerous, like early Guns n’ Roses, but are equally well-suited to the raw emotion of ballads like “Journey Out Of Here.”

He seems to have been born to have the crowds at Wembley sing his songs along with him, and the music certainly reflects that. Album closer “Morals?”, and the aforementioned ballad, practically demand to be sung by a crowd. You can just feel it. Turn your speakers up to full, blast out The Man With Stars On His Knees, and you’ll understand.

What made you decide to name the group ‘The Cult Classics’?
Aaron Buchanan: I actually had the idea for || THE CULT CLASSICS || during my time fronting Heaven’s Basement. I knew that at some point, there would be another project, another “something”, I just didn’t know what that “something” was. On departure from HB I knew exactly why the title had been flying around me head, it was going to be the name of the next outfit. I’m a big fan of cult classic movies – from Bronson and The Krays movies right through to modern day Kill Bill, Dogma etc. These theatrical, dark, cult movies really spiked my interest in the underworld. I dress the way I do because I enjoy the class, the eccentricity, the madness of that lifestyle.

Which bands, if any, would you say had the biggest musical influence over the writing of the album?
Buchanan: Everybody that has followed my travels and musical escapades over the years acknowledges the clear influence that Freddie Mercury had on my persona but “The Man With Stars On His Knees” had to be more than that. If you’re a one trick pony, your legacy is as limited as the boundaries you build for your self. Linking back to those kinds of underworld/undertone interests, I have a keen fandom in the 90’s grunge movement, Alice In Chains, Sound Garden, Skunk Anansie, Stone Temple Pilots – these were huge influences. They were the bands I used to solder cables to while puffing on a joint in my teens at a studio I used to work at. Crossing the path with the bright theatrics of Freddie and the darkness of the likes of Layne Stayley, I found a groove that allowed me to express a lot of anger but also a lot of colour, the further I pushed the boundaries of what people expected of me, the better I felt.

What does the rest of 2018 hold for you?
Buchanan: 2018 holds tours, festival dates and possibly even new music towards the latter quarter. I came across some lost demos a short while back and have started musing over the plan for the next record. I’m very focused on a steady flow of music coming out, but only when I have something to write about. I don’t write music without having a definite reason for it to exist. If I don’t feel that I can connect with somebody using sound, I simply keep quiet.

Watch the band’s “All The Things You’ve Said and Done” music video here.

1: Soundgarden – “Show Me How To Live”. “Nail in my hand, from my creator, you gave me life now show me how to live” – it’s such a stellar line sung with such incredible power, what’s not to love about it? Chris Cornell was 1 in a million. They guy had range, power, gravel and soul that most people couldn’t fit into their homes let alone into one human. Vocally, the man is an anomaly to me, how he sustained such raw power absolutely blows my mind. This song, the video, the class – everything about it to me is 10 outta 10.

2: Queen – “Play The Game”. In retrospect, to the raw power of Cornell, this song is delicate and very colourful. I remember in the late 90’s early 00’s sitting in my room with Queen records on, dozens and dozens of songs would make the hairs on my skin stand on end but there were some very unique movements and creative directions Freddie chose in the late 70’s and early 80’s. I think “Play The Game” sums up a lot of what I felt at the time and a lot of the human I am today. I think the world of finding somebody suitable to be with longterm in modern society is a huge game. You basically cannot be the person you are inside anymore. Even without realising it you mould your self to try and fit other peoples jig-saw.

3: Slipknot – “Spit It Out”. It almost feels dirty to say it, but I was a full on, roadsweepers and chains grunger back in the early 00’s. We’re talking Deftones, KoRn, Slipknot, Hatebreed – all those bands when they were at their peak and being spun on Kerrang/Scuzz. “Spit It Out” was so out there and unique, I’ve always liked the weird and wonderful – the weirder life gets the more I like it, I actively hunt for weirder more out there people and experiences because it’s what creates the best music – this song was like a sucker punch to the face – I had never heard anything like it before. I bought a ticket a year after buying the album, saw them on The Unholy Alliance tour with Slayer, Hatebreed and Mastodon in London – Slipknot wiped the stage clean of all the other bands. I’ve seen them a few times since; they still do, I’m a huge Corey Taylor fan.

4: Killswitch Engage – The End Of Heartache – I had this album on repeat for three years solid. Listening to Howard Jones taught me how to use my voice in a totally different way. Opening with “A Bid Farewell” – Have you even heard that riff? You haven’t, have you? Nope. Because the album is over a decade old and you were too busy listening to some wafty 70’s throwback southern blues-rock band. Stop it for christ sake and give your self an education. Buy this album. Listen to it. Worship it.

5: Imogen Heap – Speak For Your Self – This is a total left hook from anything people expect from me, but go listen to “Left Me For Dead” on our latest album – there’s many times Imogen inspires the melodies and lyrical angles I come at in the songs I write, this album is an education of how to be innovative and experimental. I am wholeheartedly behind freedom of expression and freedom of creativity, this album is like nothing else. Nothing that I have ever heard sounds like it, not even Kate Bush, and I love Kate Bush, but the movements and layers of this particular album are so free and colourful, I’d recommend it to anyone.

Check out this clip of the band playing at Lucerna in Prague.