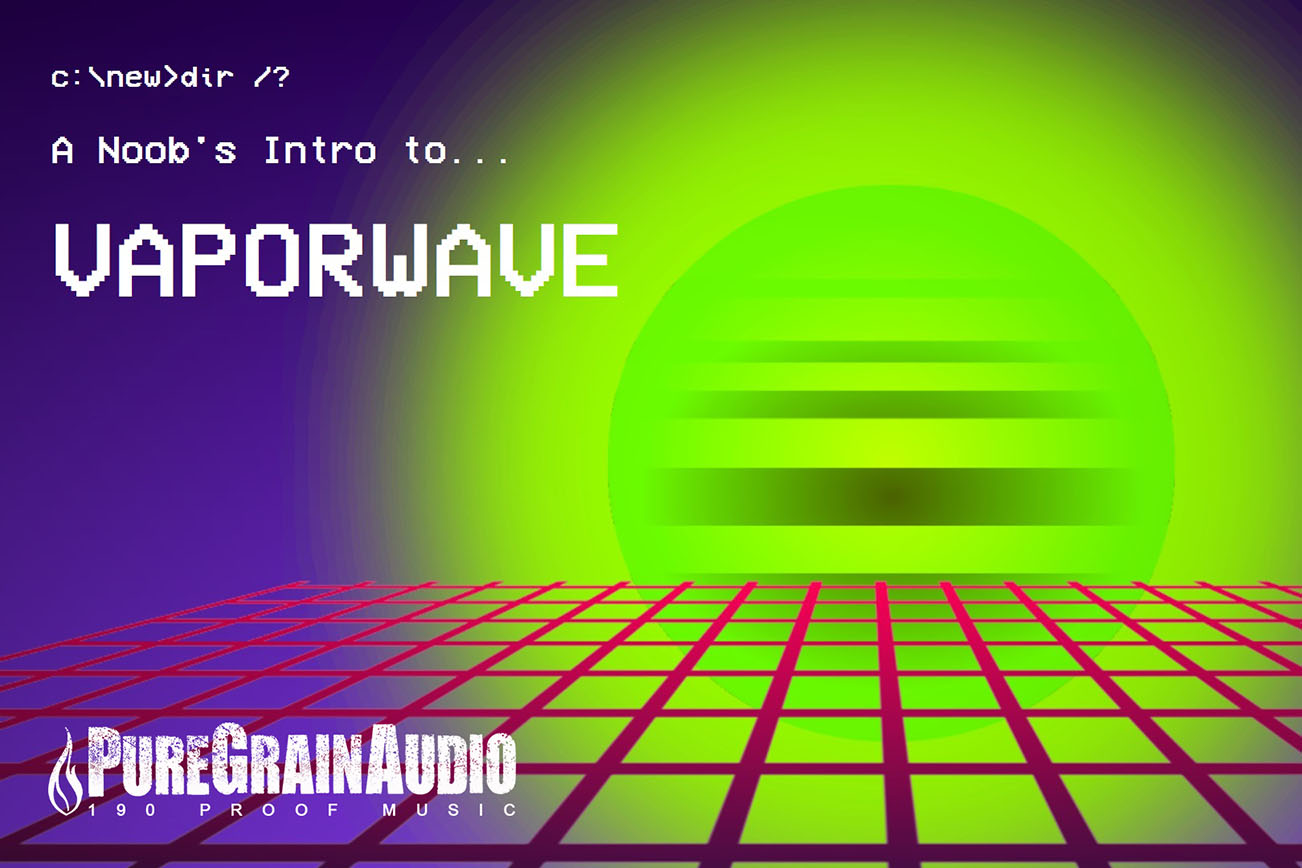 Have you ever felt like listening to Diana Ross samples slowed down, compressed, and looped while watching Macintosh commercials from the ’80s? Apparently some netizens have. As bizarre as it sounds, this style of production blew up across audio distribution platforms this past decade and grew into a trend too prominent to ignore. Under the label “vaporwave”, this genre blurs the line between music and meme.

The word “genre” is used loosely, as vaporwave is based on sampling smooth jazz, funk, soul, and anything that sounds fitting in an elevator. While sampling is not new, vaporwave producers go to the extreme and often copy and paste sections of the original song outright. Common traits include slowing down the sample, lowering the pitch, adding reverb or other textures, and looping specific sections of the song into repetitive arrangements.

Hear the official PureGrainAudio “A Noob’s Intro to… Vaporwave” playlist.

The word “producer” is also used loosely. A copy of FL Studios, or any production software for that matter, is merely a torrent away, along with a near endless supply of pirated music. The technological environment of this decade laid the groundwork for anyone with a laptop and an internet connection to take part in this genre with little knowledge, experience, or expense.

Another strange dimension to the genre is the visual aspect, or as the kids say, aesthetic. SoundCloud avatars and music videos for vaporwave tracks usually consist of collaged vintage advertising, early 2000’s computer graphics, old school Japanese anime, and retro video games. This is meant to convey themes of nostalgia, but is also interpreted as a subtle criticism of capitalist America.

Here is a mix of some prominent vaporwave producers. The first track, “リサフランク420 / 現代のコンピュー” by Macintosh Plus, is like the “Stairway To Heaven” of vaporwave.

It’s easy to dismiss vaporwave as a pretentious fad, but the style has evolved since its beginnings in 2011. Over time, other elements have been incorporated into the production, such as speeding up slow jams into dance numbers, adding original melodies, and glitching tracks beyond recognition. Combining vaporwave conventions with other styles has created offshoot genres like vaportrap and future funk. The sampling pool has even been expanded to Japanese R&B tracks.

So what does vaporwave bring to music history? Not much, if anything. A lot of these ideas were already explored on classic house music works like Daft Punk‘s Discovery, which is also criticized for its heavy reliance on samples. But what it does show is that music no longer needs to originate in the seedy neighbourhoods of a major city. It can now originate on internet forums like Reddit or Tumblr, coming from a wide, and often anonymous, pool of creators. It’s one of the first, if not the first, form of music culture to originate in an online setting free from international constraints.

The content of vaporwave itself is not where the fascination lies. The context of it’s creation shows that independent producers have the means of changing internet culture without having to leave their bedrooms. Absent of a centralized leadership, an array of identifiable traits and customs can be established through sharing files across the web. Vaporwave was just a trial run; the next digital music scene could hit any day now.

This video compiles vaporwave classics and their original samples. Notice how some seem nearly identical to the original, while others vary drastically.