Richard Watson – promoter at the 360 Club in Leeds – and Alan Raw – presenter of BBC Introducing West Yorkshire and BBC Introducing Humberside – have joined forces to bring a new monthly night to the 360 called #360RAW. Each event will see Richard and Alan hand-pick and present four emerging bands from Yorkshire …

The first event – #360RAW1 on Friday 23 February – will feature As Sirens Fall from Keighley; Kill The Silence from Leeds; Stand Alone from Bradford; and Deadlock Saints from Leeds. Alan Raw will DJ on the night, and bands and artists are encouraged to bring along demos to give to Alan to be played between the acts and to be considered for airplay on BBC Introducing. 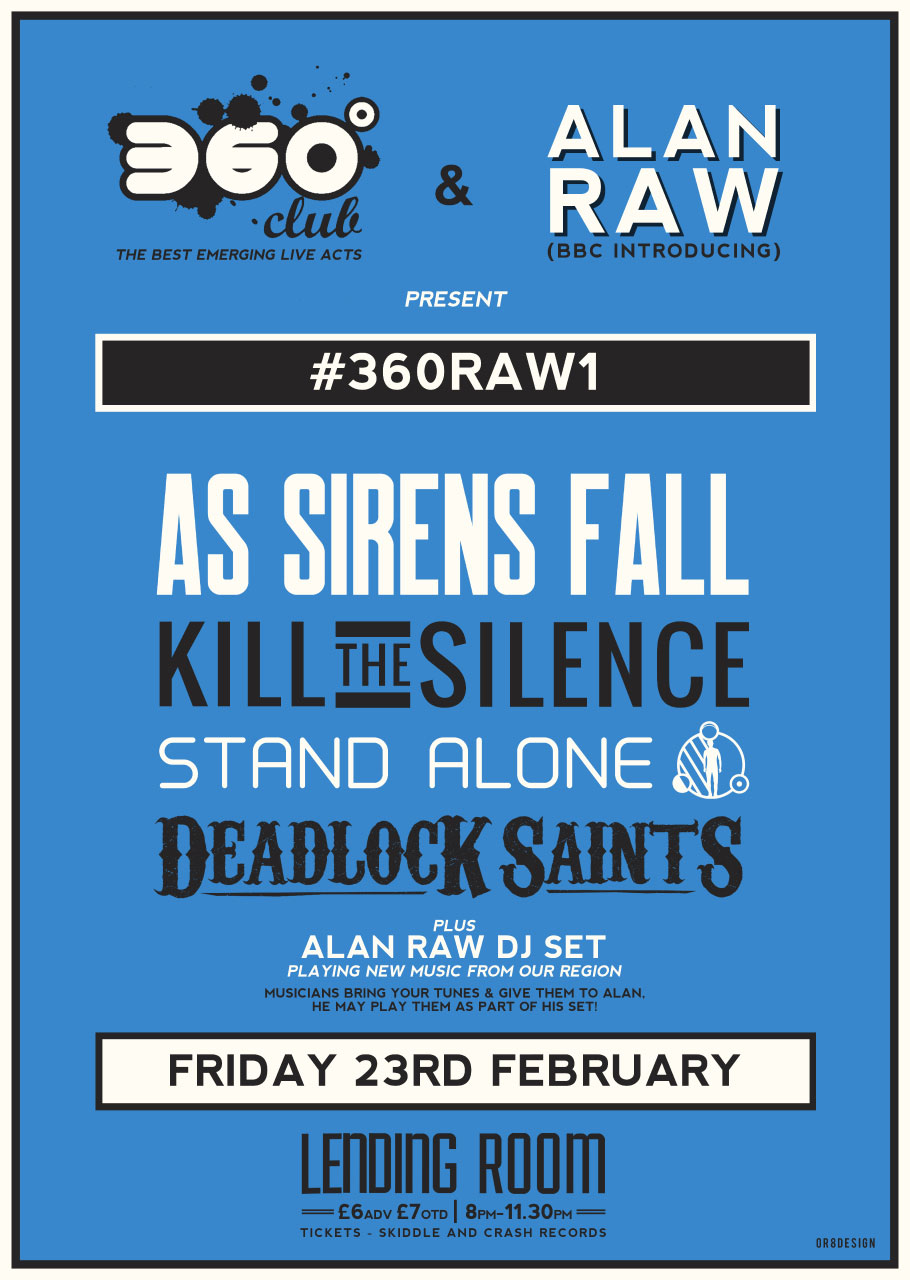