And Justice For Art continues its amazing UnCovered series via this interview with Charlotte, North Carolina-based alternative rock, Falling Through April. The female fronted quintet will release its 10-track Zodiac full-length on January 19, 2018 — pre-order now via iTunes, Amazon, or Google Play Music — and we wanted to discuss its rad album cover art. Here’s what the band had to say…

What was the inspiration for the Zodiac album cover artwork?
Dan Candia (guitar): Every one of our albums/songs have meaningful titles and relation to the band in some way. For Zodiac we wanted to incorporate the two astrological signs of the month of April, Aries and Taurus, because this album felt like a little bit of some split personality stuff going on. We wrote over 50 songs while making this record and some of them were so off the wall it felt like we had an identity crisis. In the end, the album came out feeling like a “side A” and “side B” type of album with different feelings/vibes to it. The two “Zodiac” signs seemed to be a perfect concept and everyone unanimously agreed.

The Zodiac album cover is crazy-cool. Tell us about the artist and how you find him/her?
Candia: Bryan Filarsky is amazing. He’s worked with some of the top talent in the industry today and never ceases to amaze us. We actually worked with Bryan last year on two shirt designs that sell like crazy at every show. Our producer, Jon King, introduced us to him and he’s another big part of our incredible team!

Please elaborate on the medium(s) used when creating the art. We’d love to know how the artwork was created.
Mikaela Salazar (vocals): This is always hard to try to say to someone “we want this”. But as a band we discussed it first and tried to come up with references online to blend together. Bryan really took the idea and brought it to life using a combination of photos and original artwork. 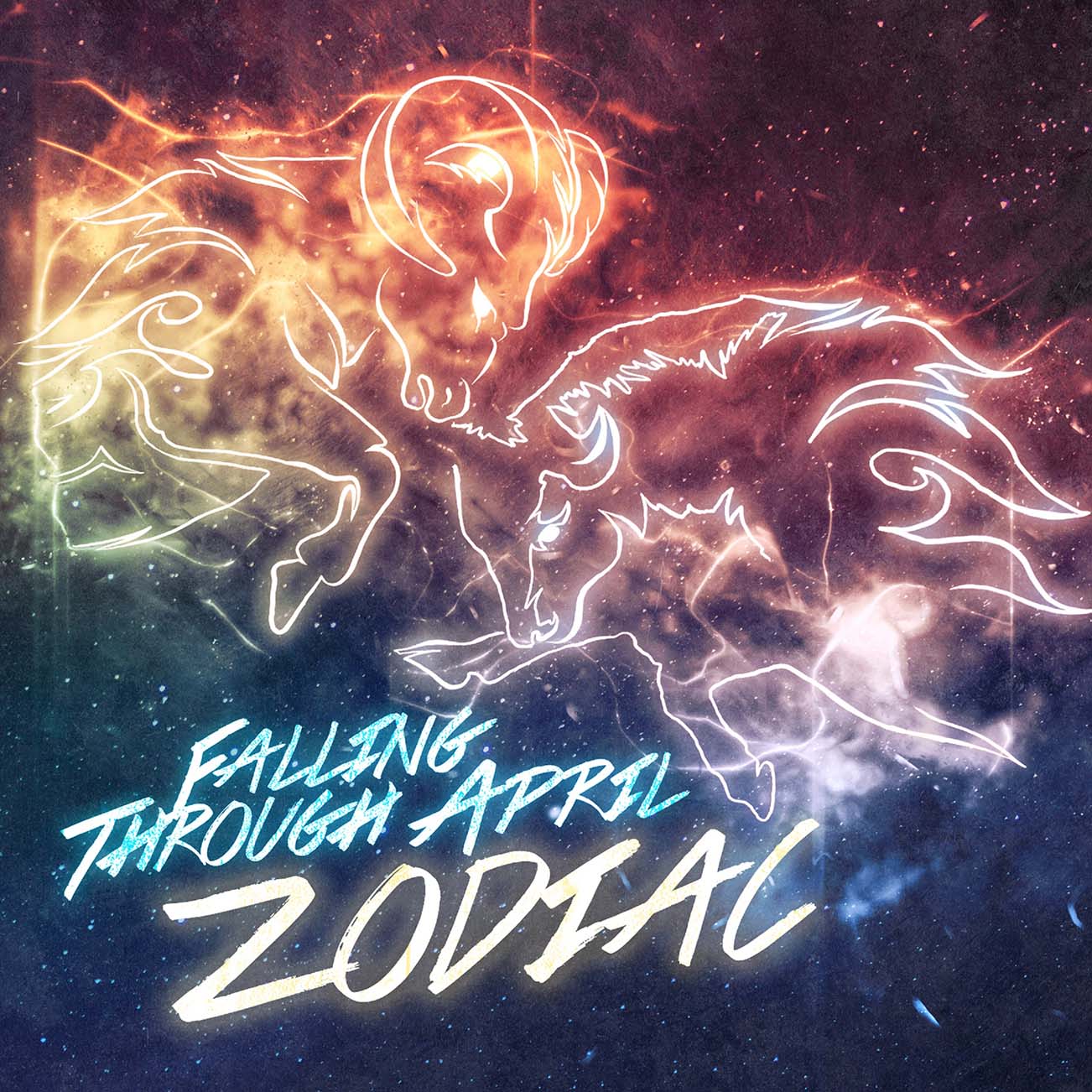 What were the partnership’s dynamics like? For example, was a specific look given, or did the artist have full free range?
Candia: More times than we would like to admit, we just have to trust the professional. Producers produce, musicians write and perform, photographers capture moments in time, and graphic designers create an eye-catching end product. We knew that Bryan was going to blow us away and really gave minimal feedback. He’s so easy to work with and definitely has an incredible eye/talent for modern graphic design.

Would you consider the artist an additional band member, or someone contracted for just this piece?
Jim Siani (guitar): Everyone that we decide to work with is for that exact reason, because we believe that they are just as passionate about our vision as we are. We like to build organic relationships with people. The more someone knows you or about you the better they understand how to deliver the best possible product.

Did the artist who did the cover art hear the album before hand? Or, what kind of input did you give him/her? Was the album art influenced by any of the themes explored on the band’s album?
Mikaela: Actually, no. Bryan only heard the first single we put out “Desperate Measures” but that song is a good representation of the overall concept of the album. We would just wait for his ideas to be sent over and then we would give input or ask for certain revisions. I think we only did 2-3 rounds of revisions which is incredible for us, HaHa!

With the increasing popularity of digital music, most fans view artwork as just pixels on a screen. Why did you feel the artwork was important?
Dan: True, but I also feel like visual stimulation is even more important than ever. You couldn’t see album art on the radio 10-15 years ago so the music had to blow your mind. Now with things like YouTube, Spotify, Apple Music, etc. the visual has to go hand in hand with the audio. In a full lineup of album art of over 100 selections at a time, who knows…. Maybe if ours stands out that could be the deciding factor on which artist to listen to!

When people look at the album cover artwork, what do you want them to see/think?
Jim: We were going for a little bit of an 80’s vibe. Like a throwback retro look to honor all of the classics from that time period, but also in the same realm of the modern marvels. Think Stranger Things, Guardians of the Galaxy, The Goonies, and Star Wars had an artwork love child. Nostalgic, familiar, intriguing, and fantasy like.

What do you think are some of the cover artworks that have translated best/worst onto t-shirts and other merch?
Dave: Definitely The Offspring album shirts translate well. Any of them really, they were all done well. I won’t mention worst ones. You know they’re out there but I’ll plead the 5th on this one!

Check out the band at one of their upcoming live dates (more dates being announced soon):

Check out the video for the band’s “Desperate Measures” single.