With just three released songs to their name, The Wrecks took a leap of faith and set out on their first headlining tour with support from Vesperteen, Mainland, and The Technicolors. A second extended tour was later announced with support from brick + mortar and labelmates lovelytheband. One of the dates of the second leg was December 2nd at The Garage in Burnsville, MN where we caught up and chatted with The Wrecks bassist Aaron Kelley and guitarist Westen Weiss.

So how did this tour come about?
Aaron Kelley: This is the second leg of the tour. It was just going to be the first leg of the tour, and then after it was booked we realized that we missed a bunch of spots that we love and that we seem to have some fans at so then we booked the second leg.
Westen Weiss: Texas, Seattle, Portland – those are all big markets for us and they were just not on the first itinerary and we finally realized that and were like shit we should probably add them.

Do you know, or have you ever played with any of the other bands on this leg of the tour?
Kelley: I’ve never seen any of the other bands ever play until the tour began – I don’t think any of us have – have we?
Weiss: So lovelytheband – we’re label mates and we played like this Hulu TV show thing – but we didn’t actually hear them play because it’s like they play the track.
Kelley: It was all fake.
Weiss: And you just stand up there and pretend you’re playing your guitar so…but yeah so we kinda knew them through our label.

How would you describe your sound to someone who had never heard it before?
Kelley: Pretty cool.
Weiss: Pretty cool…pretty awful.
Kelley: Yeah I think you just gotta listen to us because it’s all over the place.

Do you think its changed or evolved since you guys first became a band – and how would you describe it?
Weiss: Yeah definitely.
Kelley: Nick Anderson wrote the first EP – and Nick Schmidt is a huge influence on the guitar riffs and stuff.
Weiss: Yeah especially now our newer stuff is more like a band as we’ve all been writing as opposed to just Nick – a little more of a collaborative thing. I mean he’s still by far the leading musical force.
Kelley: Yeah definitely, but there’s definitely more influences from everyone. 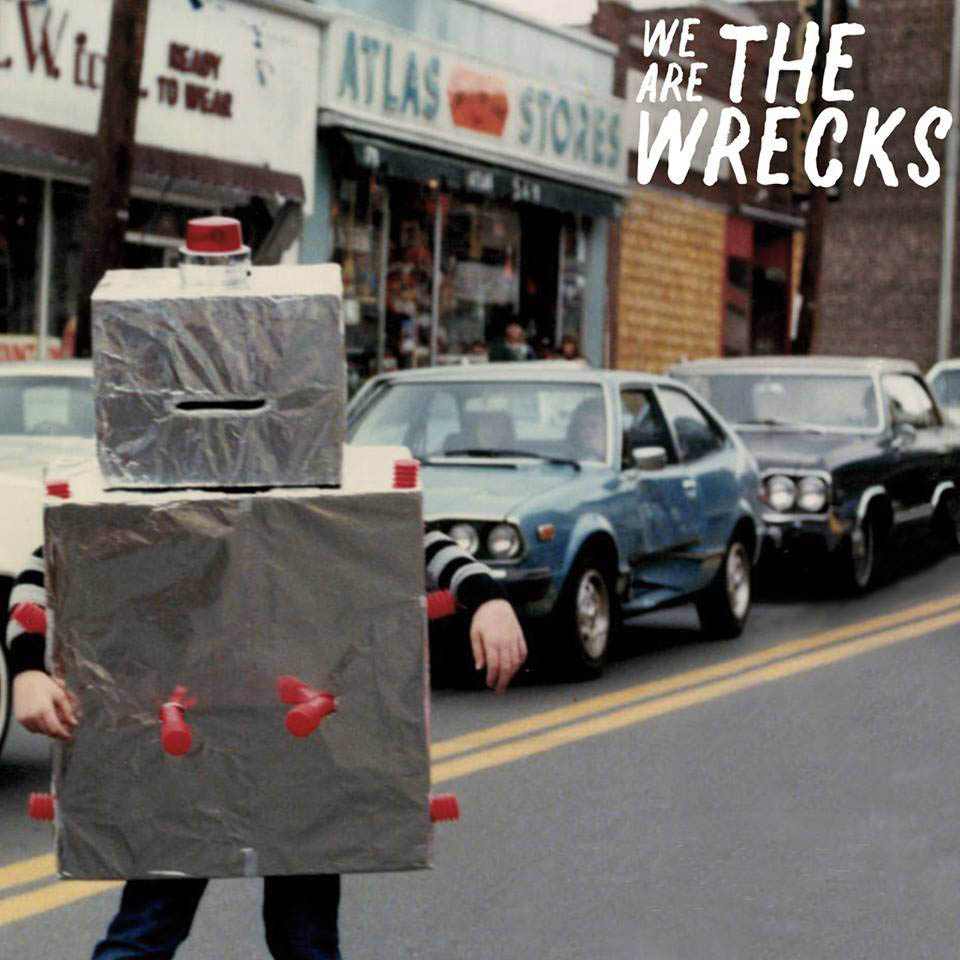 On that note, could you guys tell me about the writing and recording process of your new EP?
Weiss: It was recorded in a barn in western New York at our friend Pat Barry’s house. He’s actually a good friend of Nick Anderson’s from like a really small area – the boonies in the middle of nowhere in New York.
Kelley:We just have a very odd story with the recording process because we did record it in California – then got it back and we weren’t happy with it and we had spent our whole budget on it. So then Nick’s friend hooked us up and let us record for free in his place.
Weiss: Yeah, we lived at Nicks grandma’s house and drove 40 minutes to the studio every day. Ate the same subs from the same restaurant for like breakfast, lunch, and dinner – for every day for like 4 months or something.
Kelley: Wes and I were roommates – we shared a room.
Weiss: Yup…nice and stuffy.
Kelley: Very stuffy – a bunch of bugs and black mold in there.
Weiss: Yeah, some weird bugs crawling around…we survived though.

So almost an entire year.
Weiss: And the actual recording process – re-recording process was probably like two to three months. We rehearsed there for the summer tour that we did with All Time Low, so it was kind of like our home base for a little bit but it’s cold and boring there.
Kelley: Never again.
Weiss: We were happy to be back in L.A.

What has been your favorite city to play in and what has been your favorite crowd?
Kelley: This tour? So, by far the best crowd was Philly. It was insane – we sold it out and it was like 300 plus people.
Weiss: It was probably the biggest show of the tour so far.
Kelley: It was insane.
Weiss: Yeah it was a lot of fun. Pittsburgh’s always really fun too.
Kelley: I’m looking forward to Portland and Seattle – they’re like my favorite states.
Weiss: I like Austin too.
Kelley: I thought I hated Texas but Austin, Texas is amazing.
Weiss: The L.A. show was really fun too.
Kelley: Surprisingly yeah. It’s been an awesome turnout and experience.
Weiss: It’s been a lot more successful than I think we thought it would be which is encouraging.

Check out the band’s super-popular video for the “Favorite Liar” single.

What is your favorite song that you guys have written off of your new EP?
Kelley: Are we even allowed to say the names? I don’t know I don’t remember the rules.
Weiss: Yeah I don’t know any rules.
Kelley: I mean you can find them all on YouTube and if you come to a show this tour you can hear them.
Weiss: The third song we play live is probably my favorite.
Kelley: To play live?
Weiss: Yeah the third song that we play in this set – that’s my favorite off the new EP.
Kelley: Mine is the fourth song.
Weiss: I like that one too.

What has been your favorite city to play in and what has been your favorite crowd?
Weiss: Just touring.
Kelley: Lots and lots of touring.
Weiss: And a lot of being really tired and playing music and playing guitars.
Kelley: Hopefully being able to go overseas.
Weiss: Yeah we really want to get overseas this next year.
Kelley: That’s like our biggest goal I think.
Weiss: Yeah to be in Europe, the UK – we’re all really excited for that.

Is that in the works?
Weiss: We think, I mean there’s nothing like set in stone.
Kelley: I mean I feel it’s getting worked on hopefully.
Weiss: Yeah for 2018 so hopefully that happens. And then we have some cool support tours lined up in the spring that we’re really stoked on – I think those get announced in like a week or two.

So when is the EP coming out?
Kelley: The whole EP? We don’t know anything about the whole EP but we have a single coming out.
Weiss: A single coming out like pretty soon after the new year – and then the rest of the EP hopefully before like mid-year next year.
Kelley: We just need to get new music out because we only have three songs out and it’s kind of crazy.
Weiss: Yeah, it’s insane what’s happened to us so far from just three songs and I look forward to what happens next.

Catch The Wrecks on tour this spring supporting New Politics from 2/16 to 4/1.