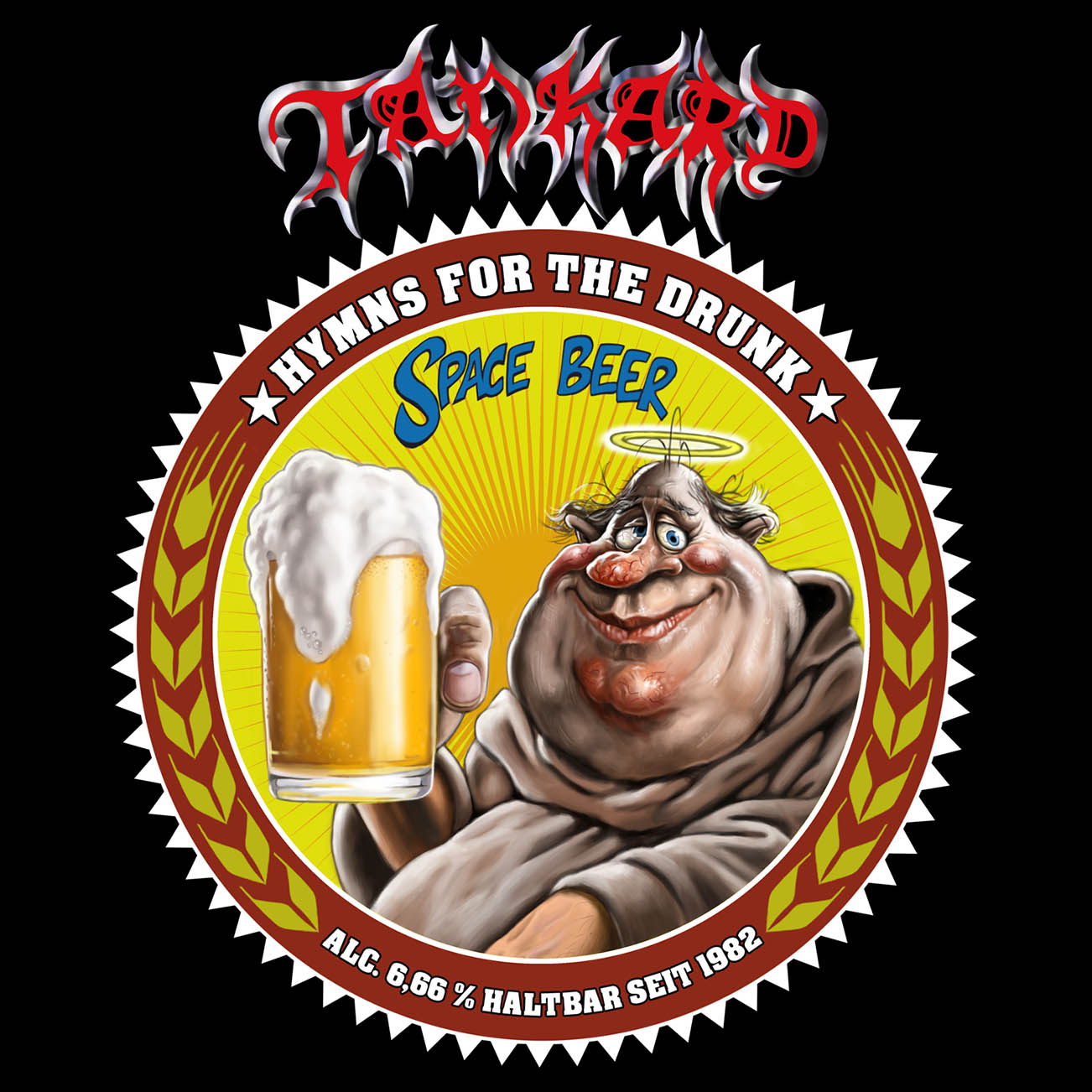 The unquenchable thirst of these sudsy German thrashers isn’t the only curiosity that has propelled their 35 year career. Not only would you naturally assume that any living breathing human being who has necked as much lager and ale – and we’re not talking that mass produced piss water that the North American conglomerates pass off as alcohol. Tankard only sucks back the good stuff – would have succumbed to cirrhosis or pickled brain delirium years ago. But that hasn’t happened, neither have a multitude of line-up changes that riddle the history of those bands that haven’t had members wake up naked in each other’s lap and covered in the previous evening’s regurgitated fast food.

What’s also of note is that impression that many have of Tankard being a joke band. Sure, they’ve always maintained a light-hearted approach and had the topic of beer and beer-related shenanigans in the cross-hairs with three-step, waltz-based bangers sprinkled through all of their seventeen albums, but when you put the beer goggles away, it’s revealed that they’re actually a very adept and solid thrash band. This comes to the fore on the majority of Hymns for the Drunk, a sort of ‘Best Of’ that encapsulates the band’s five albums released by AFM Records from 2002-2010 (although there are a couple tracks hearkening back to the band’s 1986 Zombie Ritual debut).

Pointed thrash tunes that hold their own against the genre’s recognized and accepted leaders are easy to find on this 17-song collection. “Rectifier,” “Need Money for Beer,” “We Still Drink the Old Ways” and “Slipping from Reality” are examples of songs that, were they on a mix tape, most people wouldn’t know where the Kreator, Destruction, Death Angel, Forbidden and Sodom ended and the Tankard began.

As mentioned, the band does intersperse moments of levity; usually, these involve what I’m assuming is the metallic re-jigging of beer hall drinking songs into the likes of “We’re Coming Back.” If there’s any spot that drags this collection, and any of their releases for that matter, down is the band sometimes not knowing when to cut a song off at the knees. Riffs are often milked unnecessarily, songs are too long and the initial effectiveness of tracks like “Die With a Beer in Your Hand” and “The Beauty and the Beast” ends up being muted. But when you’ve been as drunk for as long as these dudes have, we should be happy they’re able to stand up straight, let alone deliver effective and entertaining thrash metal.

Hymns For the Drunk Track Listing:

Sure, it’s not on this album, but watch the “Pay To Pray” video here.