As with most stories set in Vancouver, this one begins with a rainy night. A day that started with a tsunami warning, which turned to hard rain, ended with even harder rock performed by Queens of the Stone Age on the Pacific Coliseum stage. Touring after the release of their most recent album, Villains, QOTSA amassed a (wet) rowdy crowd of die-hard fans; a sold-out show is no surprise for the over 20 year career spanning band.

Ever theatrical, the show begins before Queens of the Stone Age hits the stage. The lights go out, the room explodes with screams and the crowd is met with an overwhelming sardonic voice amidst flashes of lights which illuminate the stadium. There are claps of sound tumultuously following a beat – but no band. When Queens of the Stone Age arrive, they don’t merely walk to their instruments and begin. They swagger. They ooze cool. But anyone who is familiar with Josh Homme will know just how calculated this is. QOTSA has easily lured in every person in the room, and without haste they dive into “If I Had a Tail”. A perfect selection, of course, off of 2013 album …Like Clockwork. The twinkling starter notes that which transition into QOTSA’s signature funky desert beats invite movement throughout. The floor shakes as Homme opens his mouth to sing his first lines, “gitchy gitchy, ooh la-la”.

What came first, the chicken or the egg? Is Josh Homme the voracious artist he is because of his confidence. Or does that level of self-assuredness come from decades of craftsmanship. He so obviously takes the music seriously, which typically, in due course, makes it “un cool”. This isn’t the case with Homme or with Queens of the Stone Age. With whom, you are expected to take the music seriously. This isn’t a frivolous band, creating frivolous music, performing a frivolous show. Would he start a cult, Homme would be followed by a parade of dancing worshipers, I’d be one of them.

Fourth on the docket is “Feet Don’t Fail Me”, the first song of the evening off Villains. It’s followed by “The Way You Used to Do”, the band’s feel-good hit of last summer (heh). While it’s surprising to play this song so early into the evening, with QOTSA’s extensive catalogue it’s not imperative to save it for the encore. They aren’t playing for the new fans, they are here for the tried and true. This is evident during songs like “Tangled Up in Plaid” and “Everybody Knows That You’re Insane”, both of which come from 2005’s Lullabies to Paralyze, though in reverse order. Homme more-or-less apologizes before laying into the tracks. An unnecessary gesture as everyone knows the words and the instrumental accompaniments to both.These are followed by “No One Knows” (2002, Songs For the Deaf) to which Homme leaves full chunks of the song out for the crowd to shine, without disappointment.

The setlist is complete with all the hits, and even some forgotten tunes, which in full have something in common; they’re all excellent. It’s a strange thing, QOTSA. While undoubtedly “Rockstars”, capital R, creating and performing hard rock, over the years they have managed to manifest their own very specific style of rock. The band moves around on stage, passionately, evoking a feeling of rockabilly and funk in the vein of something created eons ago. It is truly something special. More than just a band, Queens of the Stone Age is a faction. From records, to album art to live performance it’s all deliberately crafted to near perfection. 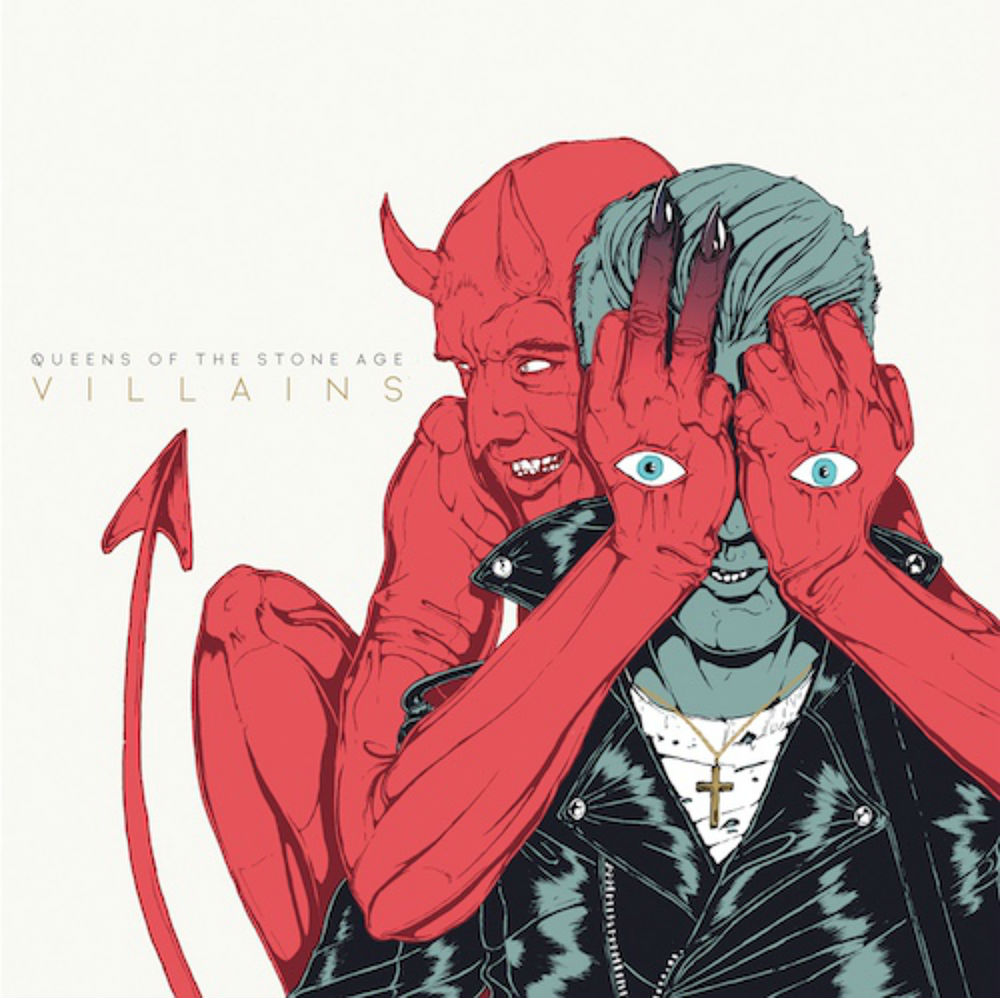