Over seven years, deathlike silence has filled the halls of the world‘s biggest black metal forge, Dimmu Borgir, whilst powers have been gathering to resurrect the band right in time for their 25th anniversary. Now they finally mark their return with a vicious work of art that can be defined as timeless in the truest sense of the word: Eonian.

The song writing core of Dimmu Borgir furthermore consists of charismatic vocalist Shagrath, as well as the string wizards Silenoz and Galder, but other familiar faces also emerge from the darkness; drummer Daray and keyboarder Gerlioz are still part of the team, and Gaute Storaas helped with the choral arrangements for the majestic voices of the Schola Cantrum Choir.

This tenth full-length record will see the light of spring on 4th May and it will contain 10 new tracks, produced by the band itself and engineered by Jens Bogren. Emerging from the dark minds of the three songwriters, Eonian follows a philosophical concept, dealing with the illusion of time:

“Time, when not approaching it from the construct we’re used to can’t be defined and thus it is illusory”, explains axemaster Silenoz. “There’s only an ‘eternal now’, which the album title is already hinting at. When we travel between the worlds seen and unseen, the perception of time ceases to exist, it has no function. Our energy is our torch and our compass when we make rifts and pierce through the veil – when we go beyond.”

Vocalist Shagrath adds: “Eonian represents the illusion of time, everything that is and always has been. For us, it also marks the 25th anniversary of Dimmu Borgir and the album itself is a tribute to our own history and the Norwegian black metal history.” 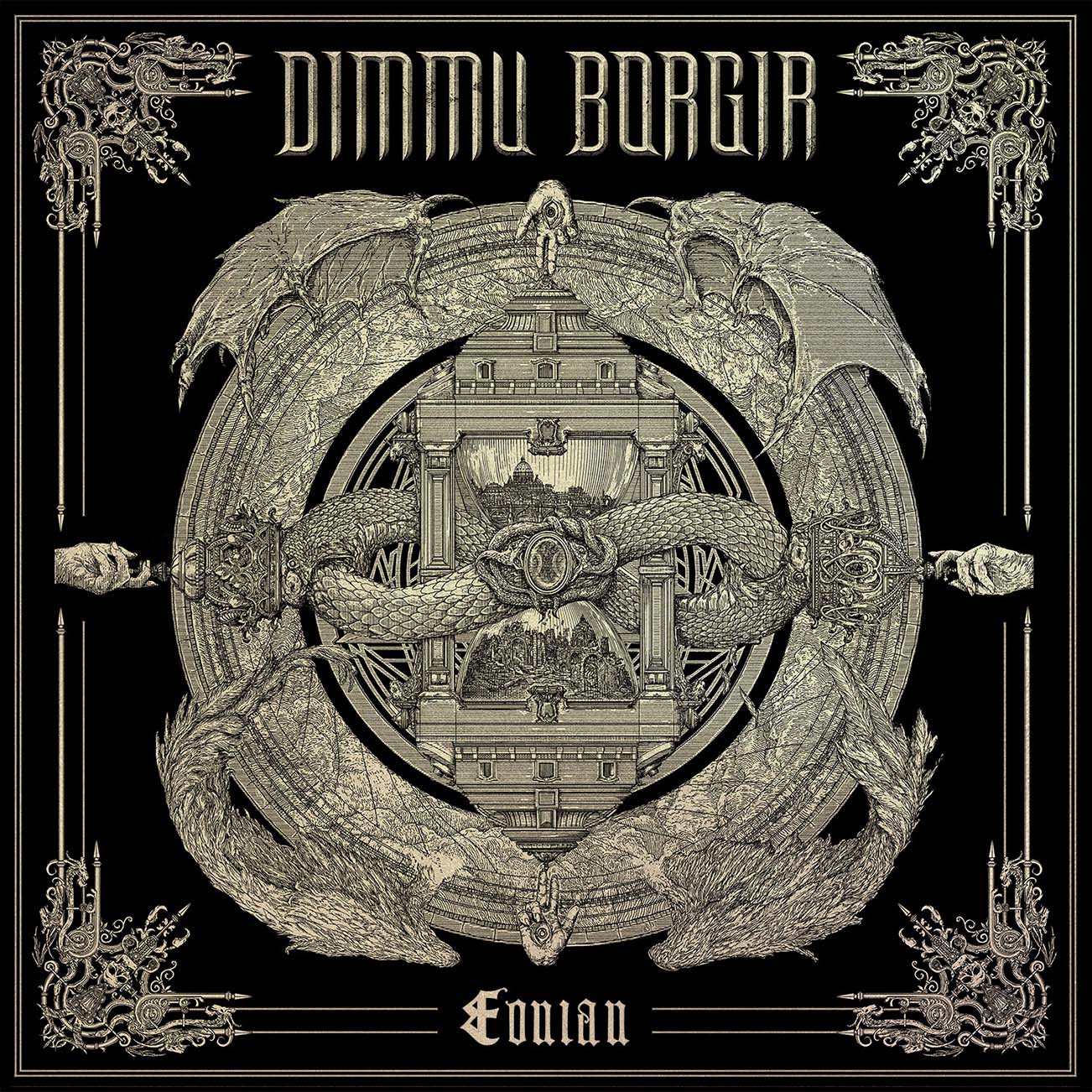