The first headliners which recently won its fifth national award and widespread critical acclaim were confirmed as At The Drive In who will playing a 2018 UK festival exclusive set.

From At The Drive In drummer Tony Haijar: “We are super excited to being playing the 2000trees Festival this year. With the whole festival atmosphere changing in general, it is great to be part of something that still supports rock bands.”

The full list of announced bands reads as follows:

Creeper frontman Will Gould said: “We are thrilled to be returning to 2000trees Festival this year, one of the first festivals we ever played together as a band. We have such fond memories of the festival from playing our first year in a tent and also from playing on the main stage. We’re very excited to be a part of this wonderful festival and can’t wait to return.” 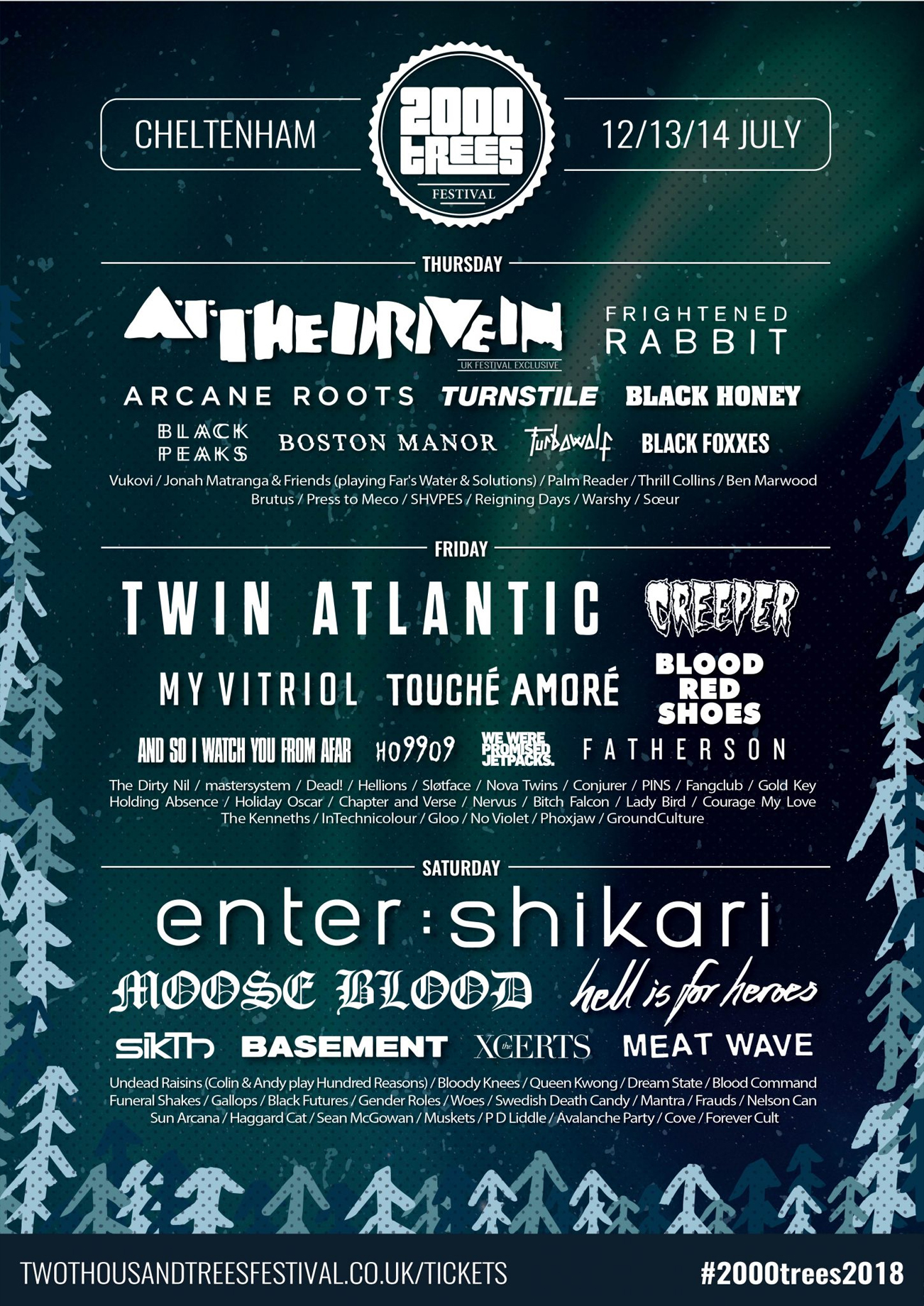