We recently sat down with turn-of-the-millennium multi-platinum pop sensation Prozzӓk in an undisclosed forested area in Toronto. Hot on the release of their new album, Forever 1999, Jay Levine (a.k.a. the neckless and chronically lovelorn Simon) and James Bryan (the ambiguous Milo) gave us the lowdown on their recent activities, recent shifts in the music industry, and much more!

It’s said that Prozzӓk came to be after a bout of fisticuffs. Can you tell us about that?
Jay Levine: So, we were in a band called The Philosopher Kings, and James and I sort of came from different worlds

Levine: Yeah, worlds and personalities. And we just kind of butt heads for maybe a few years… We were the guys in the band who had tension. One night in Montreal things got….

Levine: Crazy and heated and there were females involved. And misunderstandings. There’s things that I would never say to a human being now as I matured that I might have said back then being super cocky.

Bryan: And I punched him… it wasn’t a long fight, but after that, it sounds very cheesy, but we decided to try writing together to overcome our differences and it turns out we wrote the song that ended up being the first Prozzӓk song, which was “Europa”.

Levine: Right. And we were gonna pitch that song just as writers. We were in another band, so we were going to pitch it to other artists, but it turned out to spark the whole project.

And did you have any inkling at the time that Prozzӓk would become as big as it is?
Bryan: No!

Levine: I mean, it’s really hard to say. Once we started the project I was obsessed with it, like immersed in it, and I didn’t really care about The Philosopher Kings anymore. So, you know, as ambitious people you like to think things are going to work, but…

Bryan: As soon as we started writing together we were like “Oh my God. This is amazing.”

Levine: The way it happened so fast, and we were used to really slugging it out with Philosopher Kings; like touring to tiny places, like for years so the fact that this just shot off the charts was surprising and really good.

How did your personas come together? You said your Arnie [Arnold Schwarzenegger] impersonation was as much…
Bryan: It was the only accent I could kind of get together. But Jay’s character was more fully developed.

Levine: Well yeah. I was, again touring around with The Philosopher Kings, partying after shows…

Levine: From town to town doing a lot of different impressions and being goofy, and one of them was this bitter aging British rock star, which was actually taken from a book called Pinball by Jerzy Kosinski. Everyone laughed at it and then the A&R guy from Sony, Mike Roth, we need to give credit, was like “you should do a project …” we were in the studio, in a Philosopher Kings session and I was just being bitter with that accent on the floor goofing around, and he was like “That’s brilliant!” So, I was like “Okay” and then we had to sort of think of what that meant. What is that character for real, not just a stupid impression. And I just threw all my relationship pain into it and just created this misanthropic, morbid, dysfunctional love addict guy, which was mainly true.

Being represented as animated characters, I imagine gave a lot of freedom to say things that you wouldn’t necessarily.
Levine: Oh yeah. There’s safety behind characters. You can do whatever you want with them, which is great! I was way more honest with them than I would have been. I have another solo project and I’m really conscious of making it make me look good, and I don’t care about that with Simon. It’s all about honesty.

Bryan: And I think our fans definitely connect to that.

Do people recognize you on the street?
Both: No.

Bryan: Hardcore fans; I’ve had that a few times.

Levine: I never got that… that was the one thing. You try to be famous and stuff, and then you’re a cartoon and just like, have a successful project and like no groupies. No fun stuff. No, there’s some. (laughter)

Have you had any fans say unexpected things when they see your face and meet you in person?
Bryan: Usually they just run away in terror, or it’s that kind of sinking look on their face. 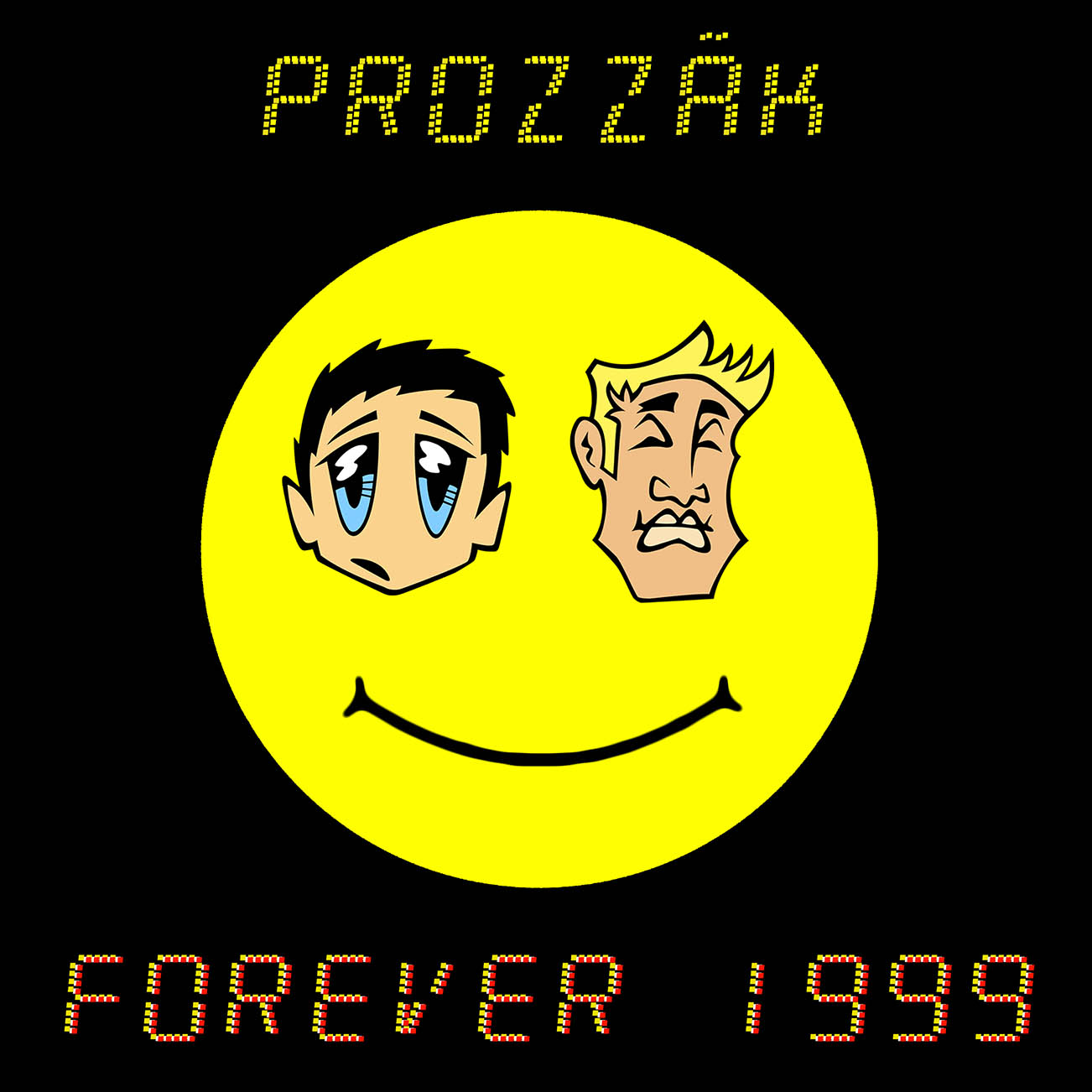 Levine: Listen, I mean people need to know that someone created it.

Bryan: Our fans like it. That’s one reason why we decided to start touring was because our fans really wanted to know who’s behind it. And then when we meet them and we’ll take pictures after the show and get to hear how our music has affected people, and it’s – yeah. I think people appreciate that.

Levine: And then literally, we have two hours of autographs and people that were 15 when they were into it then, that are in their 30s now are like “You know—you helped me come out of the closet” and “You saved my life one day”, and all that stuff. It’s really cool.

That’s Incredible!
Levine: Yeah, it is.

How has your relationship evolved over the past 18 years?
Levine: Well, now we’re mature adults, so we’ve learned not to say anything.

Levine: No, there was a 10-year period where we lost touch completely because he was living in London, and I was living in New York and L.A. and Prozzӓk… we almost forgot about it until Vice Magazine did an article on us. I guess it was two years ago now. And from that, there was this promoter who had us play this sort of Comicon type festival called Atomic Lollipop. There was 4,000 people that came to see us packed into the room—then all the sudden we were like “Wait. Maybe we should be nice to each other” and started talking. No, we’ve been really good friends. We’re lifelong friends.

Bryan: Exactly. It’s like being soldiers in our own battalion together – we’ve gone through so much stuff. And much of it traumatic.

Levine: Right. Every bit of experience in the music business we’ve kind of done together.

Bryan: And I appreciate what we’ve done now. And working together is a lot of fun. I think there’s less pressure on ourselves.

Levine: Well, it’s easier to write together. We know each other. He knows when to trust me when I’m passionate about something and I know when to trust him if I’m… wrong.

Peep the duo’s “Sucks to be You” music video.

I noticed Simon and Milo’s relationship seems to have shifted as well. I was watching the video for “Love Me Tinder” and I noticed that Simon appears to have moved out of The Purple Prozzӓk Compound.
Bryan: Yeah, they have a different house now. But they’re still roommates.

Levine: That’s funny. The backgrounds and the fact that he’s in a purple compound – all that stuff. When you’re making a video you tend to forget – like I’m so focused on the character and what he’s doing and directing that, that I didn’t even realize that The Purple Compound is different now. It’s the first time I’ve really thought about it.

Levine: Well they do move around. But I think the most significant change for Simon over the years is that he has to navigate social media and online dating and technological dating.

He’s moved on from ICQ to Tinder.
Levine: Thank you for knowing that.

Is it true “the drug was named after the band”?
Levine: We’d like to think that. The name came from our old manager, Chris Smith when we started the project. Because I was really miserable in The Philosopher Kings, it just wasn’t my thing. When we really started to immerse ourselves in Prozzӓk I got really happy. But we didn’t have a band name, and he was like “Whoa — this is like Prozac to you.” And we were like “AHA!”

Bryan: It had levels to it. The lyrics are sad, but the music’s really happy.

Levine: Because the music’s hyper-happy, but they lyrics are depressing.

If you could give any piece of advice to yourselves when you were starting Prozzӓk?
Levine: I mean, it’s so hard to say because you can pretend to control things, and go back and have more control over certain things, but life doesn’t work that way.

Levine: I could say “let’s get along in Philosopher Kings”, but then there’d be no Prozzӓk.

Bryan: Prozzӓk never would have happened and he would have been miserable for 20 years.

Levine: Yeah. I mean, the one thing… I don’t know, just to embrace what life tells you you should embrace by showing you success, not to second guess. I could have enjoyed Prozzӓk more than. I’m enjoying it now. That’s the only thing. I was insecure about it. We were like “what chart position is it on” and like, I didn’t really embrace and enjoy the fans and how magical it was to be able to get onstage and effect people, whereas now we do. Because now we have other businesses and we have other things and now it’s just pure joy to do it. So that would be the advice I say. Just, like loosen up and enjoy whatever life gives you.

What advice would you give to young musicians?
Levine: You can no longer count on making a living doing it. You have to do it because you purely love it. If you’re going to be an artist you have to love it enough to work at Starbucks your whole life and that’s just a fact in the business. Yeah, you can always point to an example, yes there’s a Katy Perry that exists that is massive, but the numbers are so small and the business doesn’t support medium level artists anymore; there’s either the tiny percentage at the top or zero income.

Levine: So, you really have to do it for the art of it and not count on it for a career move.

Both: You have to be compelled to do it.

Bryan: And, in that sense you can’t give up because if you’re compelled to do it.

Levine: Well, I go through a lot of things, but I’m compelled to make music for sure. But I don’t count on it to keep me safe financially.

Bryan: I’d say stick with it, though.

Levine: But with the right expectations, right? I think people sell this lie still, with American Idol type shows and The Voice that once you’ve got to that place all the sudden you’re famous and wealthy and it’s just simply not true. Even colleges [say] like “Live your dream” and they have pictures of people in a vocal booth with a mic. I saw one on The Gardner [Expressway] yesterday and it’s just not true.

Bryan: I wouldn’t recommend going to music school to have a career, it isn’t necessary.

Levine: Really, if you’re prepared to be a Van Gogh for your entire life and live in poverty, and if you’re going to make music… you should be willing to do that and support yourself other ways, because, I’m rambling on about it, but it’s true. It is and it’s not, though. I think there’s something to someone needing to do something so badly that they’re not doing it to get rich. And that does exist now. So, the people who do make music and stick with it now are probably more diehard, real artists – if you want that life. 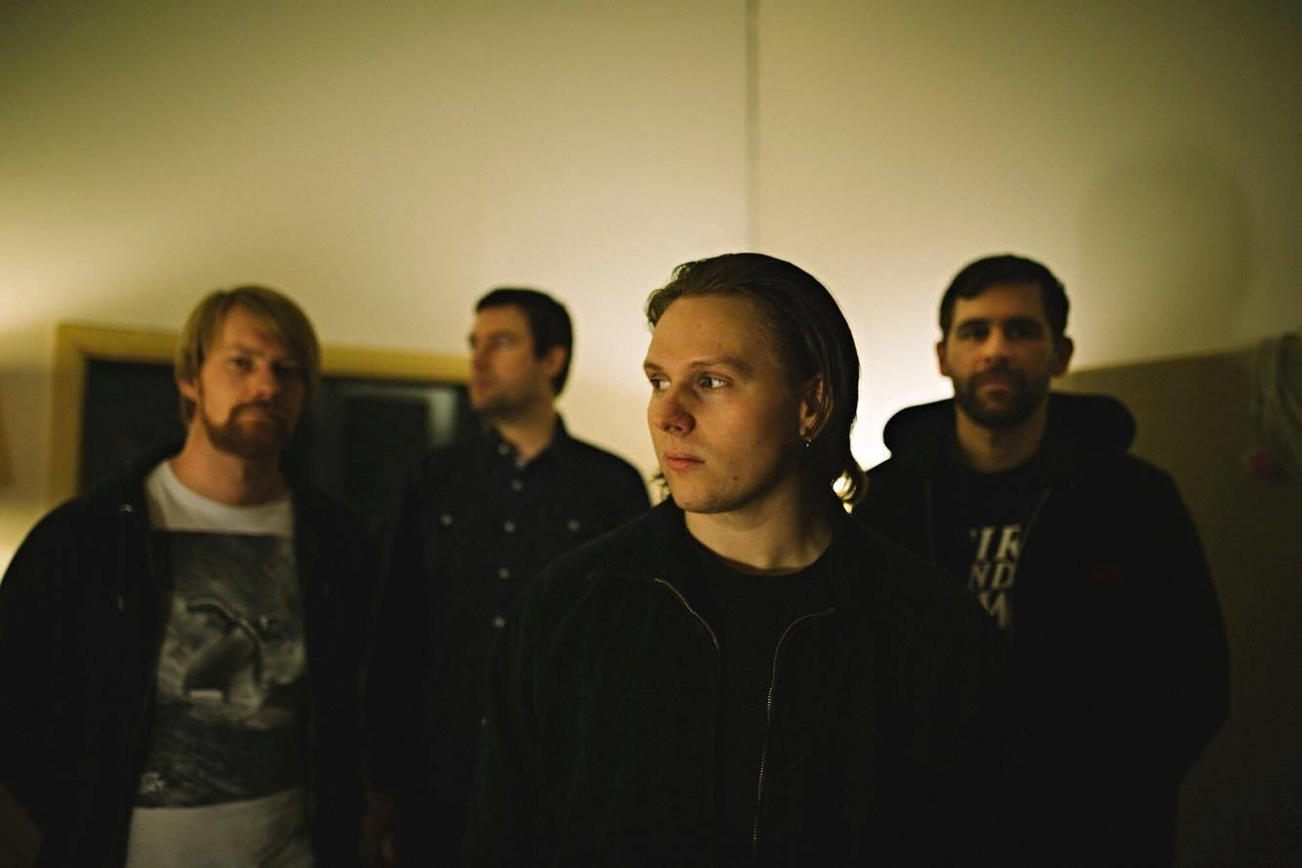 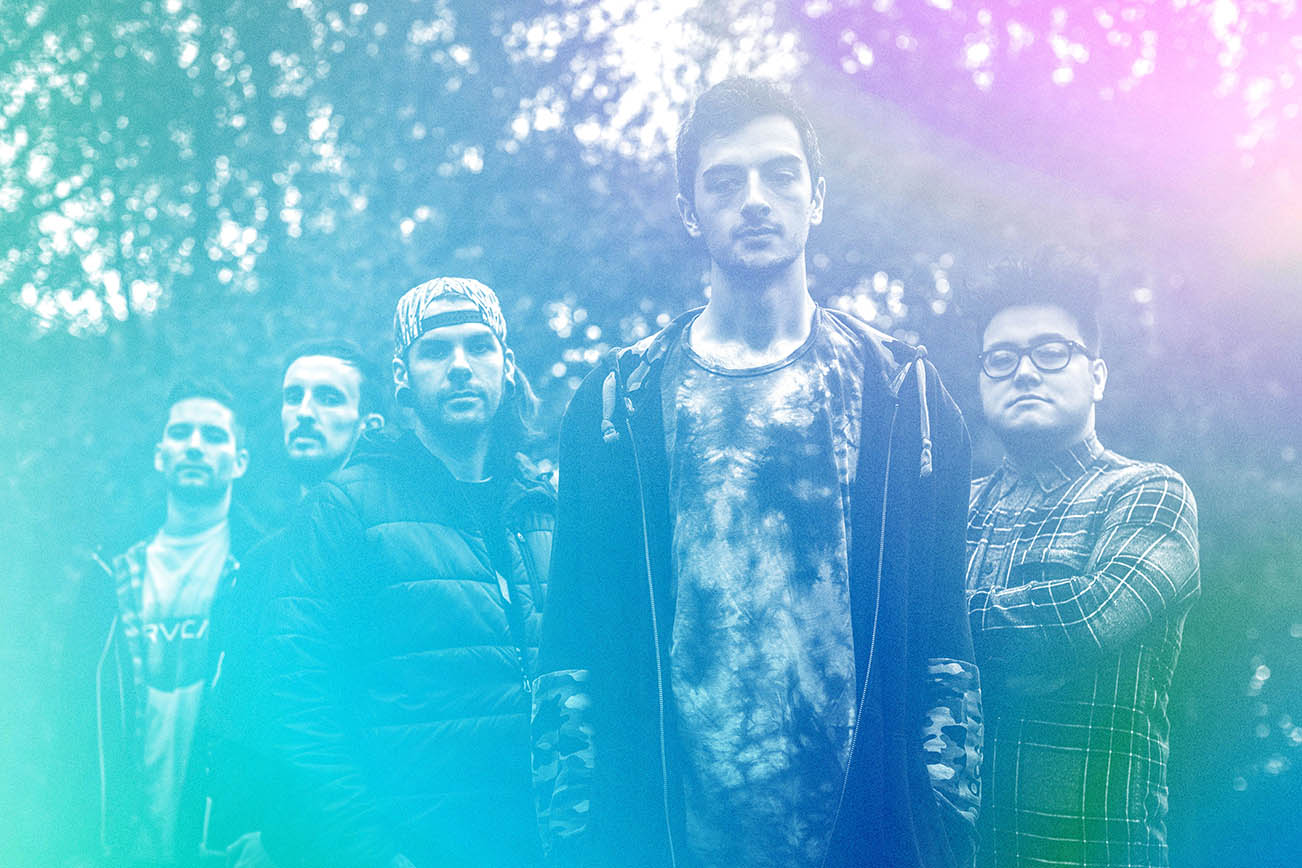