The final day of Riot Fest 2017 was a bit of a break from the previous two days, yielding cloud cover and cooler temperatures, with a threat of some rain that never really materialized. There’s always that chance of rain or in climate weather taking some of the fun out of an outdoor festival. Riot Fest 2017 was one of the finest weekends for weather any music fan could have wished for. Today we had four bands performing full albums: Dinosaur Jr. (performing You’re Living All Over Me), Built to Spill (performing Keep It Like a Secret), The Mighty Mighty Bosstones (performing Let’s Face It), and that dog. (performing Retreat from the Sun).

Photographers needed management approval for Paramore, and M.I.A., both of these bands performing at exactly the same time on their respective stages. I put in for Paramore and managed to pull a photo pass. Paramore and M.I.A.’s sets overlapped Jawbreaker’s final headlining set – and word around the press tent was that only 25-30 photographers would be allowed to shoot Jawbreaker on a first come first serve basis. This meant you basically camped out beside the stage holding your spot to photograph Jawbreaker. No offence to Jawbreaker and the legion of eager fans excited to see them perform, but I passed on them for Paramore and then Andrew WK – who was cranking out his signature set of party anthems on the stage furthest away from the main stage. Party Hard!!!

For a final day that I went into knowing I was ambiguous about the headliner, I wound up photographing more bands than the previous two days. I went in early for Beach Slang – an absolute MUST for me to see and photograph. I can’t say enough good things about Beach Slang, a band that embodies the spirit of indie rock and roll to the absolute fullest. James Alex sounds more Westerberg than Paul Westerberg, and the set Beach Slang performed was one of the best of the day (and it happened from 12:30 – 1:15 pm). The Pixies cover of Where Is My Mind and the final Hüsker Dü tribute to Grant Hart stand in my mind as some of my favourite moments from the entire weekend.

I took in the set by Downtown Boys on the Rise Stage, a band I knew absolutely nothing about before seeing them today. It took about five minutes for me to love them. As vocalist Victoria Ruiz fell to her knees and howled/snarled some of the songs at 110% of her bodies capacity to deliver directly towards the faces of the audience in attendance, the hairs on the back of my neck shot right up. Everything about this band works. Joey DeFrancesco’s wonderful guitaring, the eclectic percussion, and use of multiple accoutrement instruments on their different songs. Their set wound up being too short, honestly. Downtown Boys are definitely a band you want to see in a small sweaty club up close and personal.

I dug seeing Dessa today as well, also on the Rise Stage. The Doomtree vocalist was performing some of her solo material today – Minnesota hip-hop music with a bit of a twist. She jumped into the crowd and performed on the back of a fan early into her set. She also asked for a hit of Ventolin from a patron in the crowd after realizing that her puffer was out of juice during her second song. Dessa has a unique musical style – a sensibility for dance beats and hip-hop that came off quite well during her Riot Performance today.

One of the best performances of the day came from The Orwells, also on the Rise Stage (noticing a theme here? The Rise Stage was the place to be today). Mario Cuomo, his signature long blond hair now cut short and slicked back, along with his bandmates Dominic Corso, Grant Brinner, Henry Brinner and Matt O’Keefe owned this stage today, oozing their kinetic energy onto the crowd through every song they played. This was the first time I’d seen the band since Terrible Human Beings was released earlier this year. Hearing some of those amazing songs live for the first time was a bonafide treat. As the photographers left the photo pit at the end of their third song, Cuomo said “I hope you made us look good” – a pretty easy thing to do with a band as energetic as The Orwells are. I first saw the Orwells at the Metallica Orion Festival four years ago. I loved what I saw then, and have grown to appreciate and love this band more and more every time I get the opportunity to catch them. If there was a single band I could point at and say “they will soon be a huge alternative band”, it would be The Orwells.

Today was a good day for guitar riffs at Riot Fest. TV on the Radio, Dinosaur Jr., Built to Spill and Minus the Bear are all quite diversified in their sounds, but ultimately they are all jam bands. Jake Snider and Dave Knudson, the two guitarists in Minus The bear were in fine form today, delivering spiraling riff after riff as they worked their way through material from their fifteen-year catalog of music. Built to Spill (on the Rise Stage) fans got to see the band perform Keep It Like A Secret in its entirety and album filled with tightly crafted riffs. TV on the Radio (also on the Rise Stage) delivered a dozen songs to an elated crowd. There was a line-up of over 80 photographers to shoot photos of them, security guards breaking us up into groups of 25, for one song each. I just left the line-up and shot some photos from the crowd, so I’d be early enough to get some pictures of Dinosaur Jr over on the main Riot stage. J Mascis, Lou Barlow and Murph did NOT disappoint, opening their set with their wonderful cover of “Just Like Heaven” by The Cure, followed by “Training Ground” by Deep Wound. They then performed the rest of You’re Living All Over Me before finishing up with five more deep cuts, including “Freak Scene”, which pretty much made my entire weekend.

One of the must-see performances today was getting to see The Flatliners on the Heather Owen Stage. This Toronto area four-piece hard rock band has a fifteen-year history of over-delivering live on stage – seeing them here in Chicago was a must for me. Inviting Light, released earlier in 2017, is arguably one of te bands finest albums, and it was pure magic getting to hear some of these songs live today.

There was a huge buzz to see Prophets of Rage today. Formed in 2016, the group consists of three members of Rage Against the Machine (and Audioslave – bassist and backing vocalist Tim Commerford, guitarist Tom Morello, and drummer Brad Wilk), two members of Public Enemy (DJ Lord and rapper Chuck D), and rapper B-Real of Cypress Hill. Together, the band worked their way through numerous Rage Against The Machine tracks, along with some Public Enemy, Cypress Hill and Audioslave tracks. A few new tracks from their debut album of original material were also included. This was a great performance. The band sounded really tight together, and the classic tracks all came off wonderfully.

The crowd in front of the Radicals Stage for Paramore was significant. Anticipation for this hour-long performance from Hayley Williams, Zac Farro and Taylor York was very high, and the band took the stage to a swell of energy from the crowd and totally delivered the goods. Due to their time restraint, their set was 13 songs long (as opposed to their 19-20 on their regular dates on this current tour), but that didn’t stop the band at all. If anything, they squished all of their energy into the shorter set. Williams was scissor-kicking and twirling about the stage constantly as she delivered her vocals – proving herself yet again as one of the truly formative musical front-women of our generation. “That’s What You Get” and “Fake Happy” sounded killer-good tonight.

I wrapped up this day (and this festival) watching Andrew W.K. deliver the goods on the Heather Owen Stage. He played a short set of eight songs, including “She Is Beautiful,” I Love NYC,” “I Get Wet,” “It’s Time to Party” and “Party Hard” from his signature 2001 album I Get Wet. In my mind, there couldn’t be a finer ending to a three day weekend of Riot Fest – a festival that always delivers the goods. 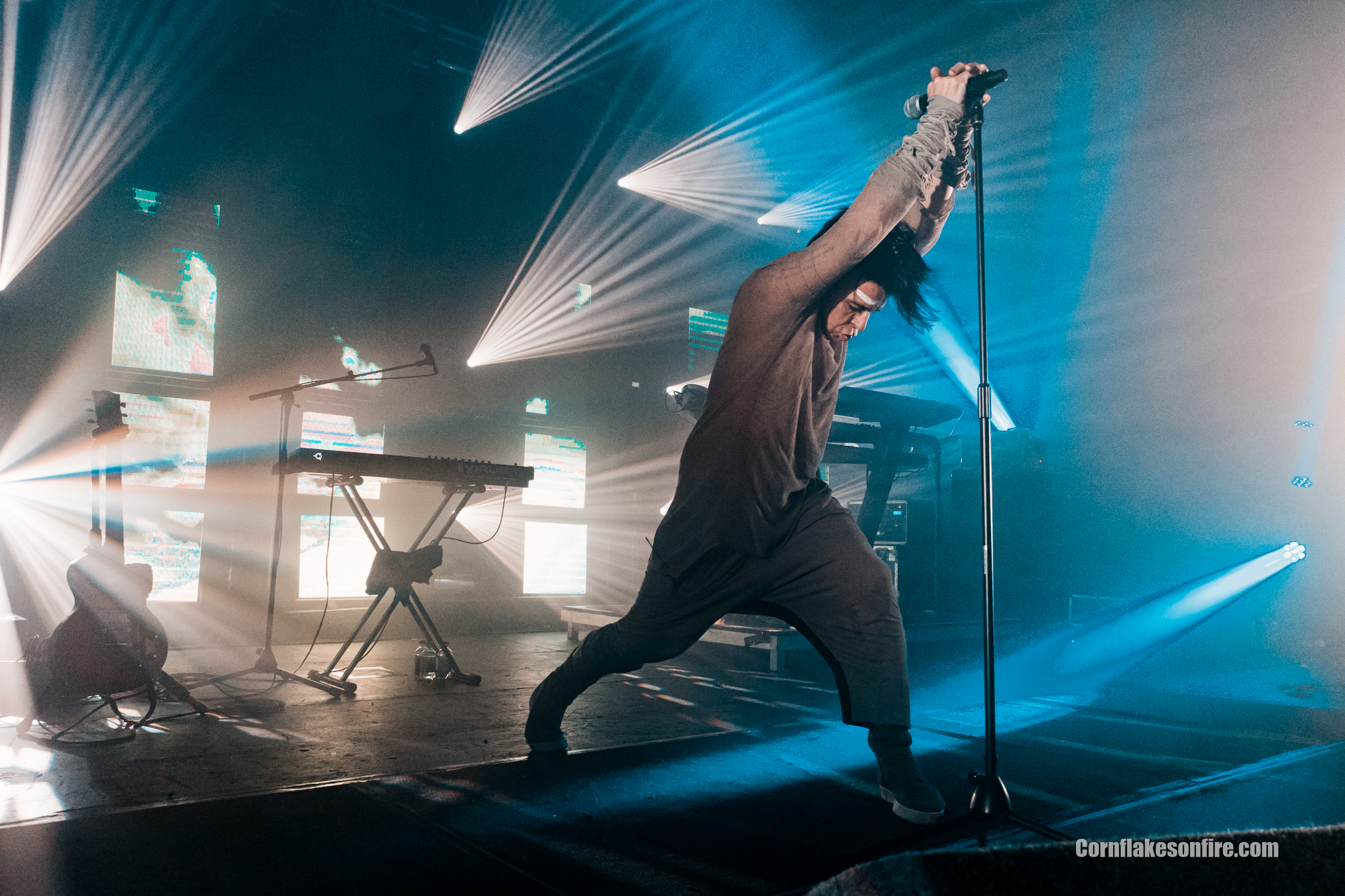 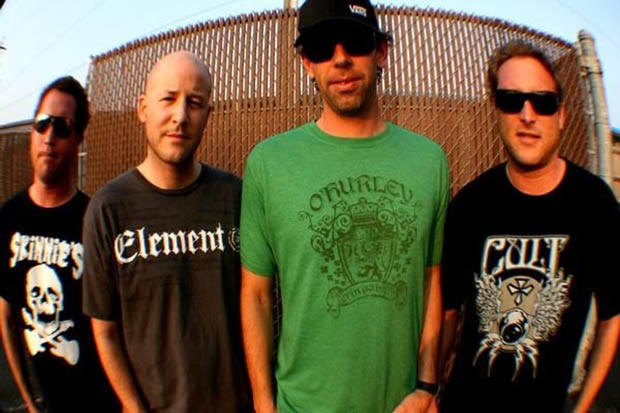