We teamed up with the groovy Swedish hard rock quartet Honeymoon Disease to premiere their freakin’ killer new album Part Human, Mostly Beast! The recording, which will be released on vinyl and CD this Friday, October 27th, contains twelve scorching tracks that are highly recommended for fans of Thin Lizzy and The Hellacopters. 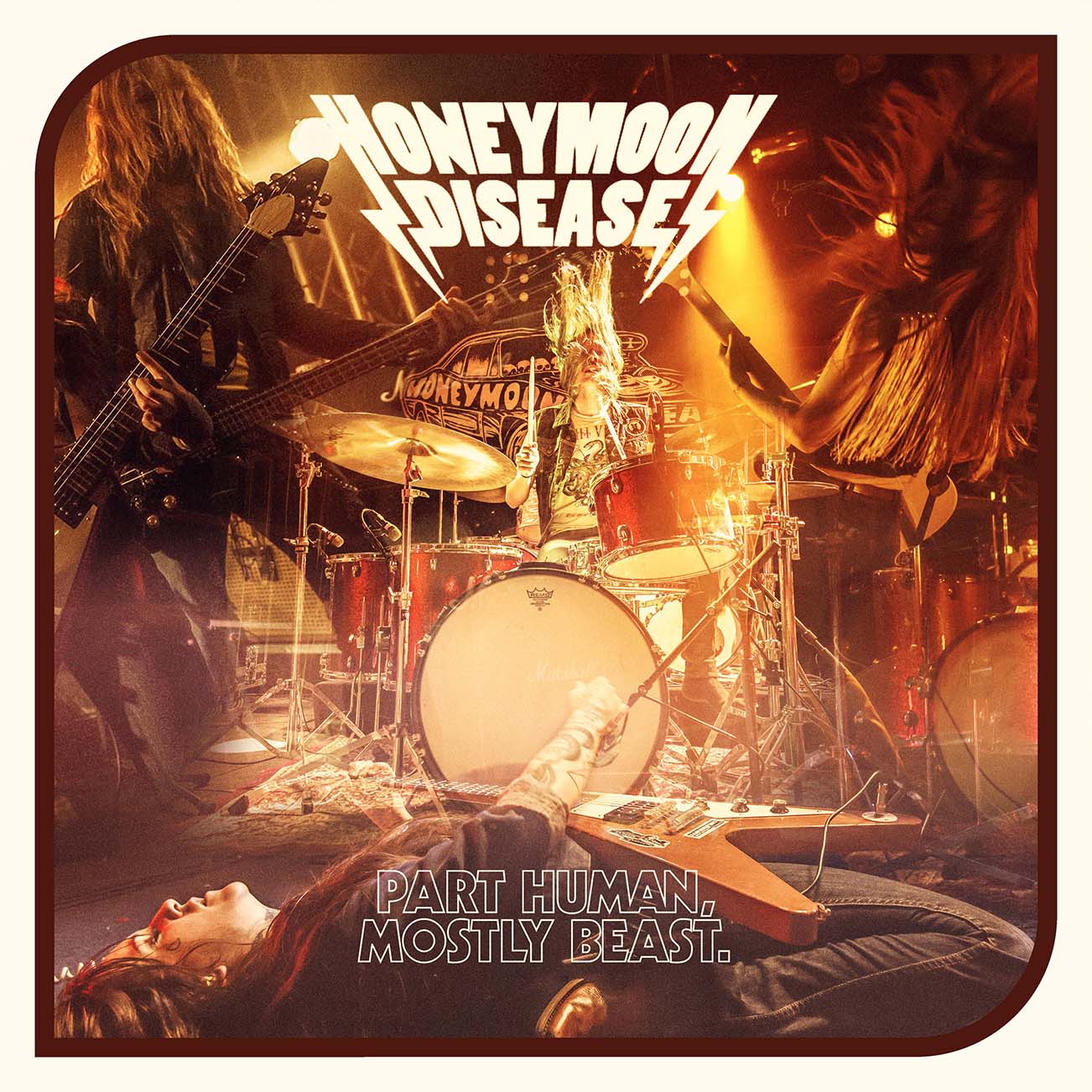