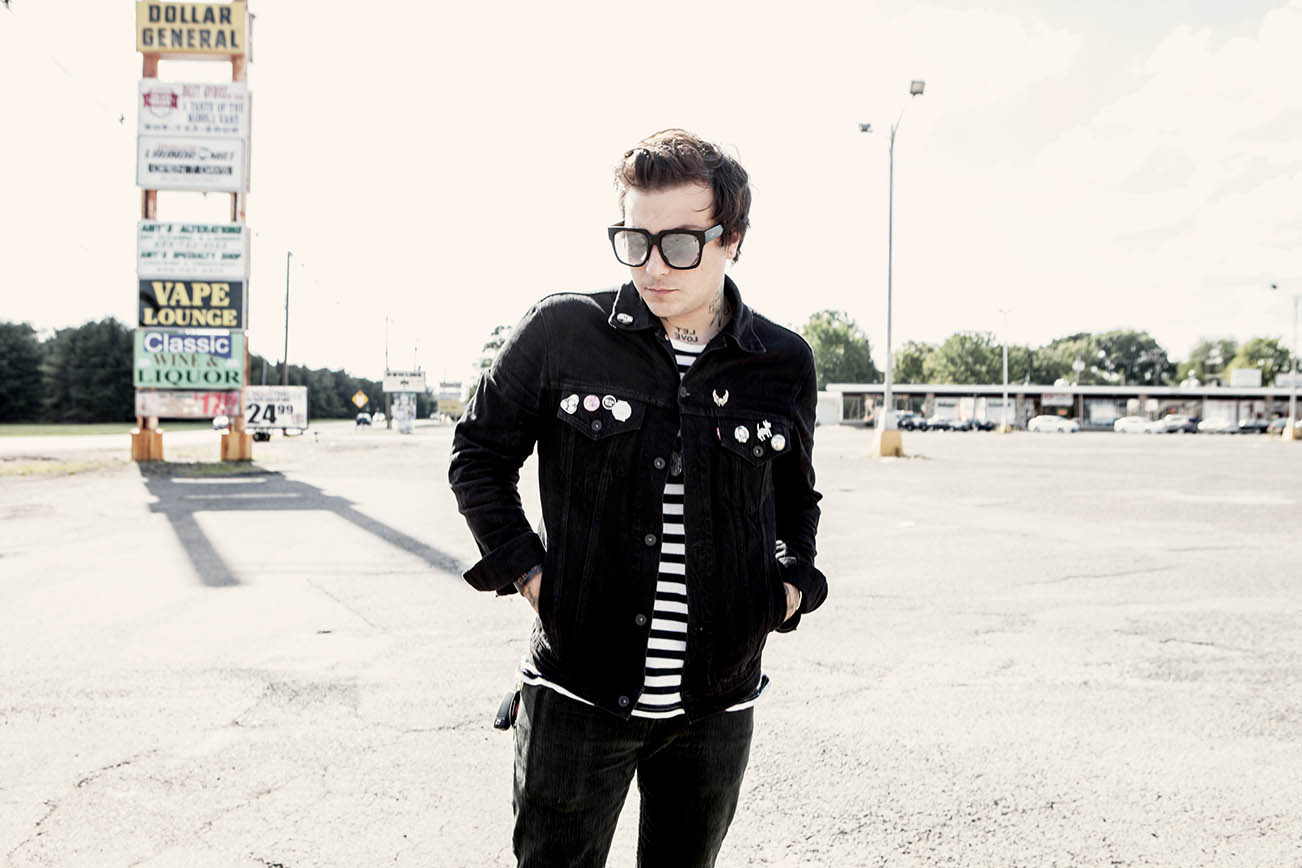 Frank Iero first came into prominence as the guitarist of My Chemical Romance, which he joined in 2002. Prior to the breakup of MCR in 2013, Iero had fronted the hardcore punk band Leathermouth, who had released a full-length via Epitaph Records. Iero had also been part of a group called Death Spells with Reggie & The Full Effect‘s James Dewees before starting his own band in late 2013. Iero’s first full-length, Stomachaches, came out in 2014, while Parachutes followed in 2016 from Frank Iero & The Patience.

September 22, 2017 has brought the release of Keep The Coffins Coming, a new EP from Frank Iero & The Patience. Recorded by the legendary Steve Albini (Nirvana, Pixies, PJ Harvey), Coffins was made in Chicago and aims to the missing link between the aforementioned Stomachaches and Parachutes. The Patience lineup for Coffins, a BMG/Vagrant title, includes guitarist/vocalist Evan Nestor and drummer/vocalist Matt Olsson.

To learn more about Keep The Coffins Coming, we had the pleasure of doing some Q&A with Frank Iero himself. More on the Party Dad can be found on Twitter.

Thanks to the band, you can now easily join the “No Fun Club”

Keep The Coffins Coming is your new album. Do you have a favorite song on the album?
Frank Iero: I’m really proud of how it came out as a whole, to be honest. I like the differences between the Coffins version of “I’m A Mess” and the Parachutes version; that’s real interesting to me. As a listener, I’m a bit biased, but I think “BFF” is a really good time. I love that my daughter wrote that song with me and I was able to record it with someone I admire so much like Steve Albini.

Around how many songs did you write for Keep The Coffins Coming? Were all of the songs written before you hit the studio?
Iero: Well, I was writing at the time for whatever the follow-up to Stomachaches was going to be. So, I had some songs in my pocket, but the four that we chose to put on the record were the songs I selected because I thought they would sound the best recorded with Steve. We actually ended up demoing “Veins Veins Veins” as well at this session, but there were no vocals and the song is drastically different than the final version that ended up on Parachutes.

You have said that you’ve wanted to work with Steve Albini since you were 11. What was the album that you made you such a big fan of his?
Iero: Well, the first Steve record that I heard was In Utero by Nirvana, and I think I was 12 at the time. But then upon further research and listening, I found out about Surfer Rosa by The Pixies and that fully cemented my master plan of starting a band, writing a song and recording it with Steve. (laughs)

Was there anything different about working with Steve than you had expected?
Iero: Well, I honestly wasn’t sure what to expect. I didn’t know if he was gonna want to be more hands-on in the arrangement side of things, or have a heavy hand in tone selection. But when we got there, he was adamant that he did not consider himself to be a producer, he was an engineer and his goal was to competently record the band the way we sounded and fully capture the songs the way we intended. That was amazing and fully put the power in our hands. It was a nice confidence boost. 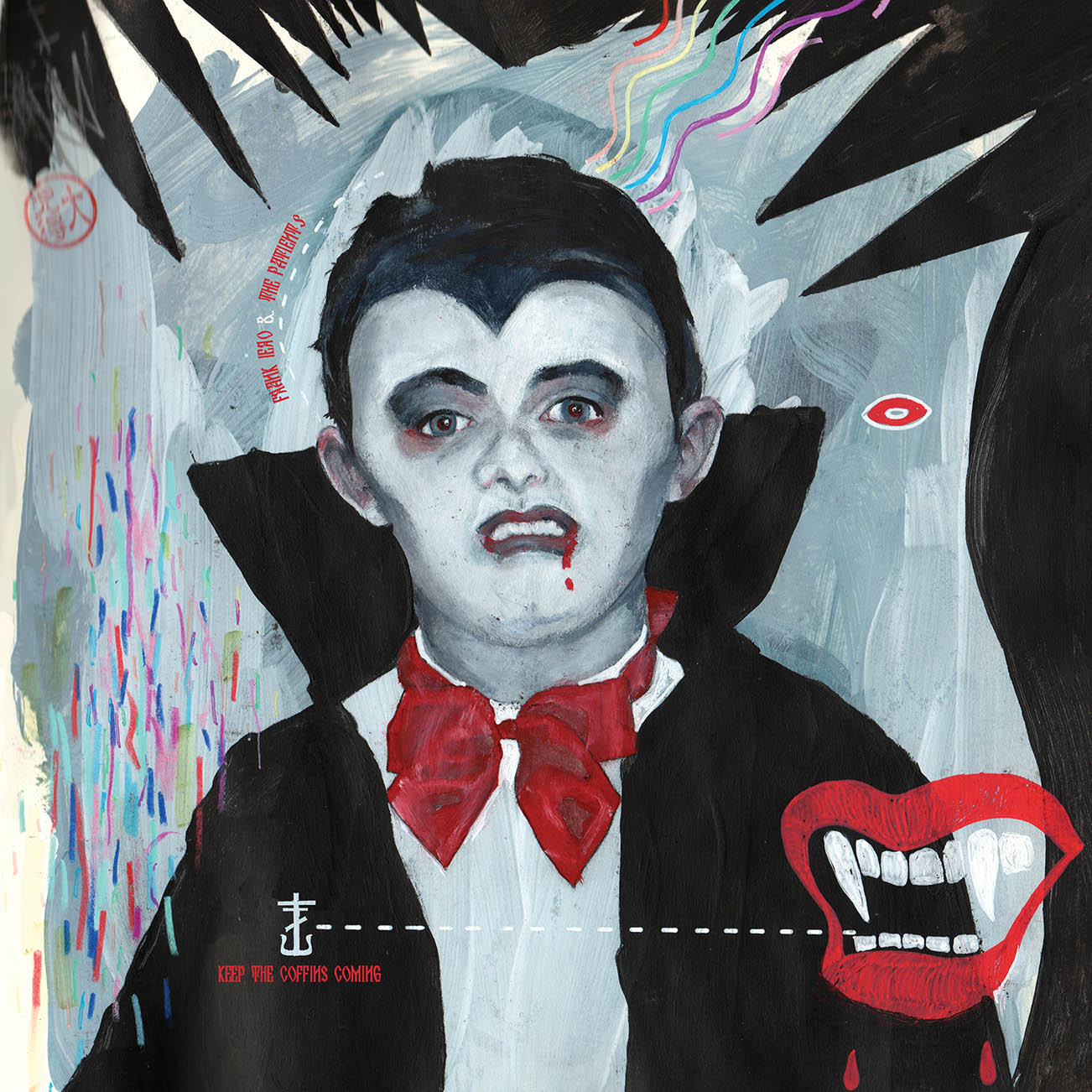 Are there any other bucket list things from your teen or pre-teen years that you are still considering? Are there heroes that you are still hoping to meet?
Iero: Definitely, but I don’t dare say them out loud. I’m sure it will either jinx it or throw a wrench in the plan somehow. But as I cross them off the list I will let you know.

Having played some of the world’s biggest stages as part of My Chemical Romance, what inspired you to pursue a solo career? Was it a struggle to have to start over?
Iero: I don’t know, it definitely wasn’t intentional. I just wrote songs and recorded them because that’s what I do, it’s like breathing or having your heart beat. And then life happened and I ended up with a record deal. As far as starting over, I don’t know if I ever thought about that. Every project is unique and has to be able to stand on its own two feet. So you build it and grow it little by little… It’s weird to piggyback or leapfrog project on project. That always felt cheap to me for some reason.

When not busy with music, how do you like to spend your free time?
Iero: I like to spend it with my kids doing whatever bizarre shit they wanna do. My girls are seven and my little boy is five and they are just so weird in the absolute greatest of ways. They have amazing imaginations and I’m in awe of them.

Other than your own, what’s your favorite album of 2017?
Iero: I think there’s been a lot of great records this year. Untitled by WALL I thought was fantastic. Bury Me In Philly by Dave Hause and also Normal by the Homeless Gospel Choir are beautiful records that came out this year.

What’s the last concert you attended for fun?
Iero: Danzig, Corrosion Of Conformity, and Mutoid Man at the Wellmont Theater in Montclair, New Jersey.

Finally, Frank, any last words for the kids?
Iero: Keep the faith.

Listen to the band’s single “Remedy” when you’ve got some time.