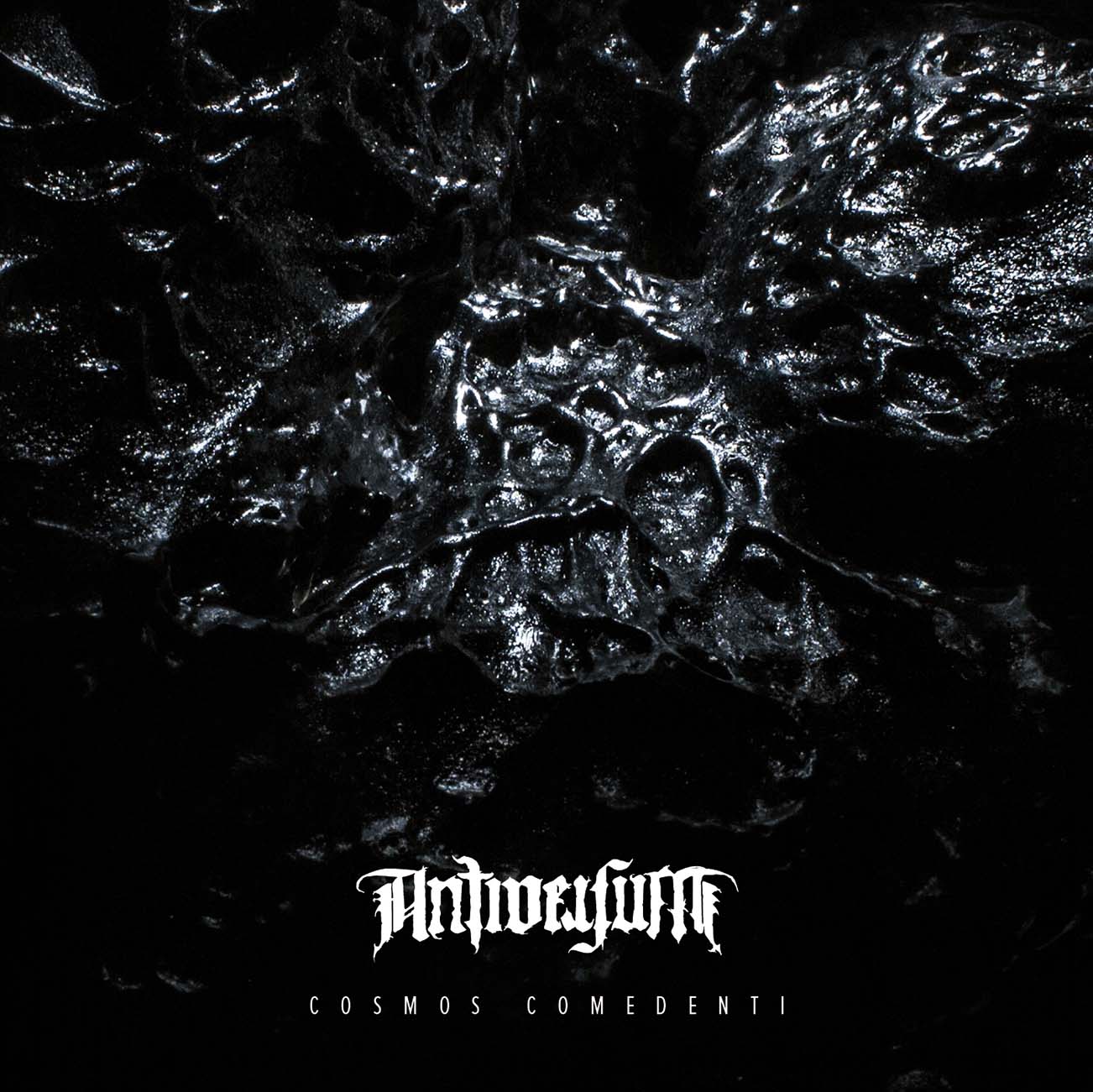 From the mountains of Zurich, Switzerland comes Antiversum: a black/death metal outfit who carry an unnervingly evil sound. There aren’t many albums I’ve heard that sound quite so demonic and scary. You won’t want to be listening to Cosmos Comedenti on a late night walk through the woods is all I’m saying.

The record opens with “Antinova” and you may be fooled into thinking that the Cosmos Comedenti is a doom piece based on the slow, fuzzy start, but it soon becomes apparent that this is black metal with elements of death and doom thrown in. It may sound like a smart mix, but what it equates to is four lengthy tracks that never really go anywhere. “Creatio e Chao orta est” is the most progressive track, but all it really builds into is some blast-beats. I would’ve liked to have seen more progression alongside the beefy track lengths, on-top of the smatterings we were given.

The title track is a pure death metal belter, offering nine minutes of brutality. It’s a decent song, but again, there needed to be more of an effort made to make it interesting for its length. There’s no reason for the track to be over nine minutes long, something that sticks with the record in each tune. The band simply don’t do enough to keep you interested, which is a shame as there are promising moments scattered throughout. Take the lead into the slow ending of “Nihil ad Probandum”, for example. Here, you get a blistering black metal piece slowed down into something interesting and atmospheric. It then turns into five minutes of fuzz. There’s no reason for that fuzz to be there, it just adds unnecessary length to the record.

Unfortunately, Cosmos Comedenti just isn’t very interesting. There are chunks of promise to be found in Antiversum’s black/death and doom stew, but they are surrounded by a disappointingly thin broth. You might find Cosmos Comedenti scary and evil-sounding, but beyond that it’s just rather dull.

Check out the band’s song “Antinova”