Osheaga has become the Canadian equivalent to festivals like Lollapalooza thanks to a few distinguishing factors. The first of which being that they can attract an all-star lineup of premiere international acts. But, unlike many genre-based festivals, the strength is in the diversity. Another key element that elevates the festival to having A-list status is that it takes place in an urban environment without having to constrain festivalgoers to camping out.

There’s nothing like living in a tent for four days to remind you how great it is to go back to the city and have a shower. The modern pleasures of 21st Century civilization are certainly not lost on fans of Osheaga in dire need of a real cup of coffee or having your own bathroom.

One of the only bummers about the opening day of the festival this year was the rain that came off and on about five times over the course of the afternoon and into the early evening. Although some sets were cut short and a couple artists canceled their performance, the weather didn’t dampen the collective spirit of the audience. Let’s take a look at some of the artists that kept the vibe alive despite any setbacks.

Blaenavon was eager to make a splash after releasing their debut album That’s Your Lot earlier this year in April. Despite the brooding weather on the horizon, the band kept vibes high by cutting any stage banter and letting the music do the talking. They ripped straight into the opener “My Bark is Your Bite” and showed the crowd garage rock with pop sensibilities spiked with an ’80s influence. There were definitely some jangling guitar hooks reminiscent of the Smiths, The Cure and the Pixies that were upbeat and playful, that could quickly slide over lyrics about loneliness and heartbreak. Choice cuts including “Alice Come Home” and “I Will Be The World” had fans on their feet to get ready to face the day.

Glass Animals was tragically cut short due to terrible weather thanks to brutal wind and rain. Although, the band did admirably try to soldier through some songs including “Life Itself” and “Gooey”, but were cut off due to the conditions. They certainly get an “A” for effort, despite all of their technical difficulties due to precipitation.

The Shins managed to weather the storm accordingly and managed to get through most of their set before being cut short because of a rain warning. They started things off with the opening track “Caring is Creepy” from their debut album Oh Inverted World to get the crowd into the swing of things before really diving into some deeper cuts. The band played their new single “Name For You” off of their latest album Heartworms and fan favorites like “Phantom Limb” and the subtle yet intimate “New Slang”. One of the highlights of the set was the boisterous mash-up of their dreamy song “Sleeping Lessons” with Tom Petty’s classic summer track “American Girl”.

Milky Chance was the first band to really catch a break when the weather began clearing and it actually started to resemble a summer’s day outside. The band has an eclectic but cohesive blend of influences and styles that’s tough to nail down as one genre. That’s exactly what makes them such an exotic experience as a live act. They’ll ride the wave from reggae to pop to roaring indie rock within the course of one song. This is also why they fit the bill for a diverse festival audience wonderfully, because they had everyone in the audience, no matter how different they may appear, all dancing together. The bizarre but bouncing rhythm of “Ego” had everyone on their feet or on top of someone’s shoulders. As the sun kissed the audience’s skin, the bouncing backbeat to “Cocoon” had the audience soaking in the sunshine.

After breaking through into mainstream a little over a decade ago, hipster pop darling MGMT certainly made a splash on the main stage once the weather cleared up. Despite everyone being soaked from head to toe at this point in the day, the band used this as an opportunity to lift everyone’s collective spirits with their energetic optimism on stage. Although they mostly played it safe by beginning their set with “Time to Pretend” and ending it with “Kids” and “Electric Feel”, they were certainly the boost in morale the crowd needed. Although MGMT hasn’t released any new music since 2013, they still remain a vibrant live act and were definitely a ray of sunshine after a cloudy day.

Rag ‘N’ Bone Man was a completely pleasant and unexpected surprise. Despite his tough outward appearance as a tattooed looking tough guy, make no mistake, he’s got the voice of an angel. This was not only one of the most unexpected treats of the festival, but he proved himself as a true diamond in the rough with his soaring vocals that could rival Adele. Songs like “Human” truly took flight thanks to his soaring vocals and unbelievable ability to command the crowd of mostly newcomers purely with his voice. This unmistakably talented dude is clearly on the rise and it wouldn’t be a surprise to see him on the main stage in a couple of years to come.

Justice this diabolic duo made their dynamic electronica the heartbeat of the evening with their contagious hooks, infectious flow and neon laser show light up the night. After blasting off the evening with the opening bangers like “Safe and Sound” and “D.A.N.C.E.”, the audience was brought into another orbit. The pulsating rhythms and untameable grooves took on a life of their own as the crowd began to ride each wave of blasting beats. Justice secured their spot as one of the premiere electro acts of the festival and are certainly NOT to be missed if you get a chance to taste their brand of DJ-infused mayhem.

By the time night had fallen, Lorde lit up the night with an elegant white dress as she opened with her searing new single “Tennis Court”. The feeling that surged through instantly electrifying, it doesn’t matter because her voice creates such an intimate musical experience, even in front of such a huge audience. Despite that her music has a delicate sensual, Lorde has a very commanding presence on stage whose power is only matched by her towering vocals. After hearing the dominant power of her vocal abilities on tracks like “Magnets”, her ability to transform simplistic 21st Century synth pop into a true art form is astounding. The audience went absolutely ballistic when Lorde brought out fellow female powerhouse vocalist Tove Lo for a duet on her track “Homemade Dynamite”. The singer did declare her love for Montreal because of how dedicated the audiences are as well as the city’s fascination and passion for fashion. Her abilities as a decadent diva on stage won’t leave anyone wondering how Lorde has come to earn a massive following worldwide as her tracks dance on top of the charts across the globe. 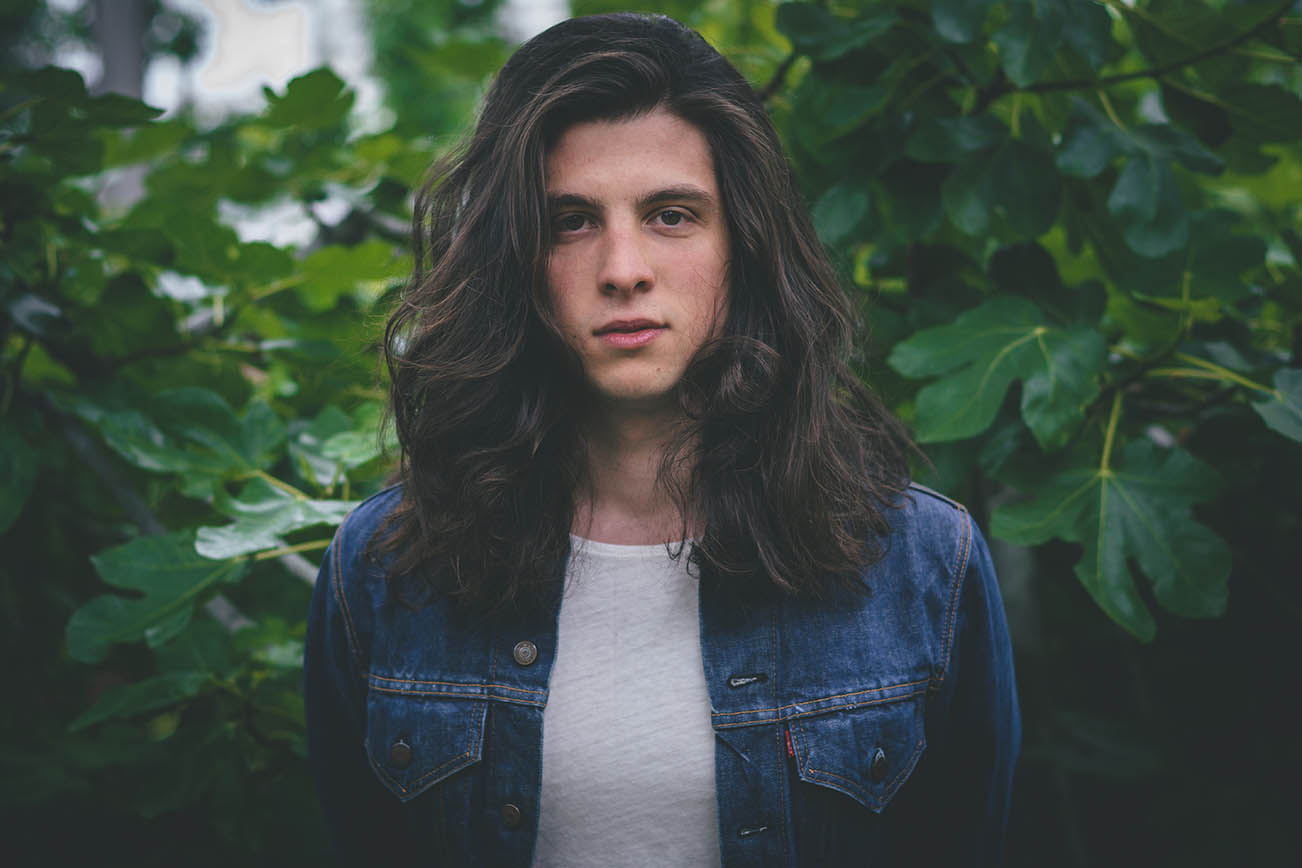 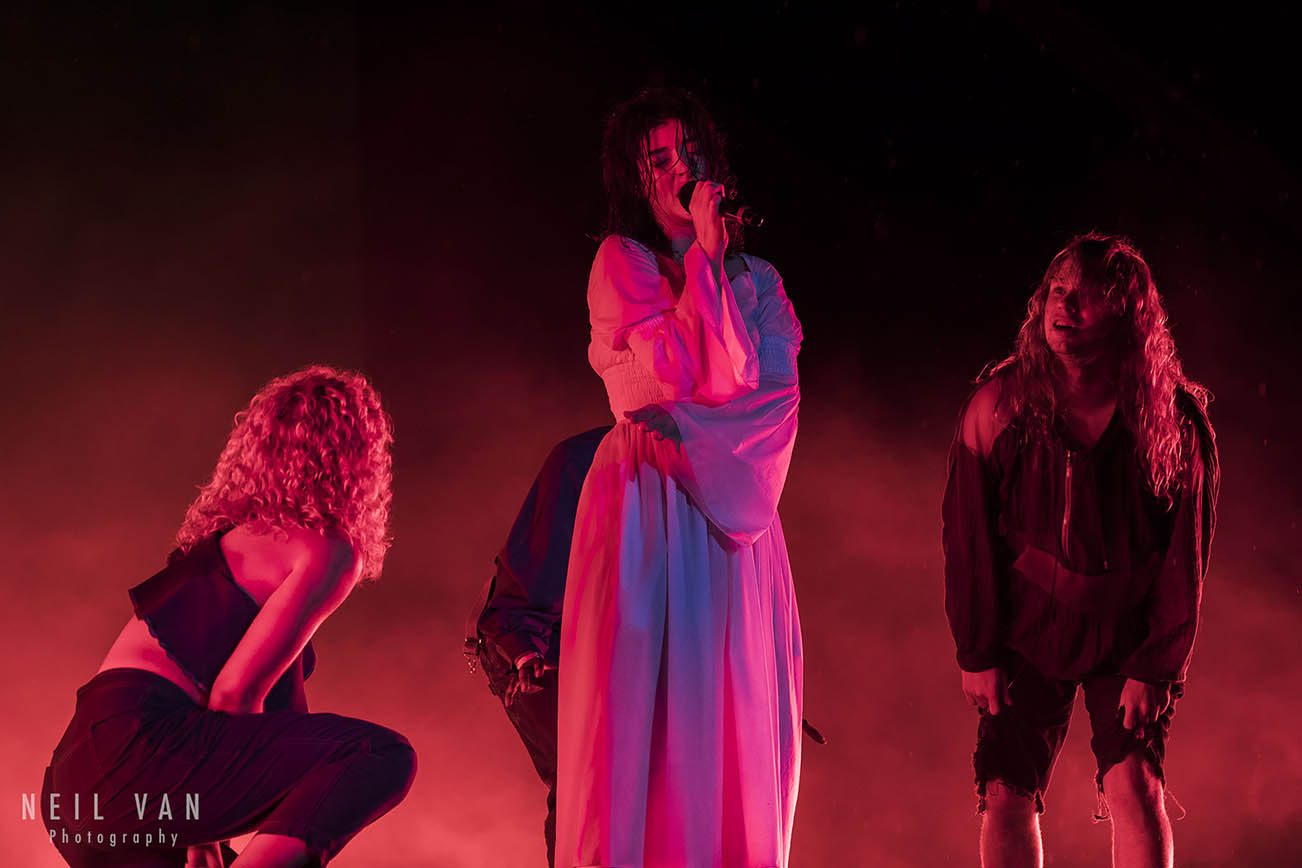