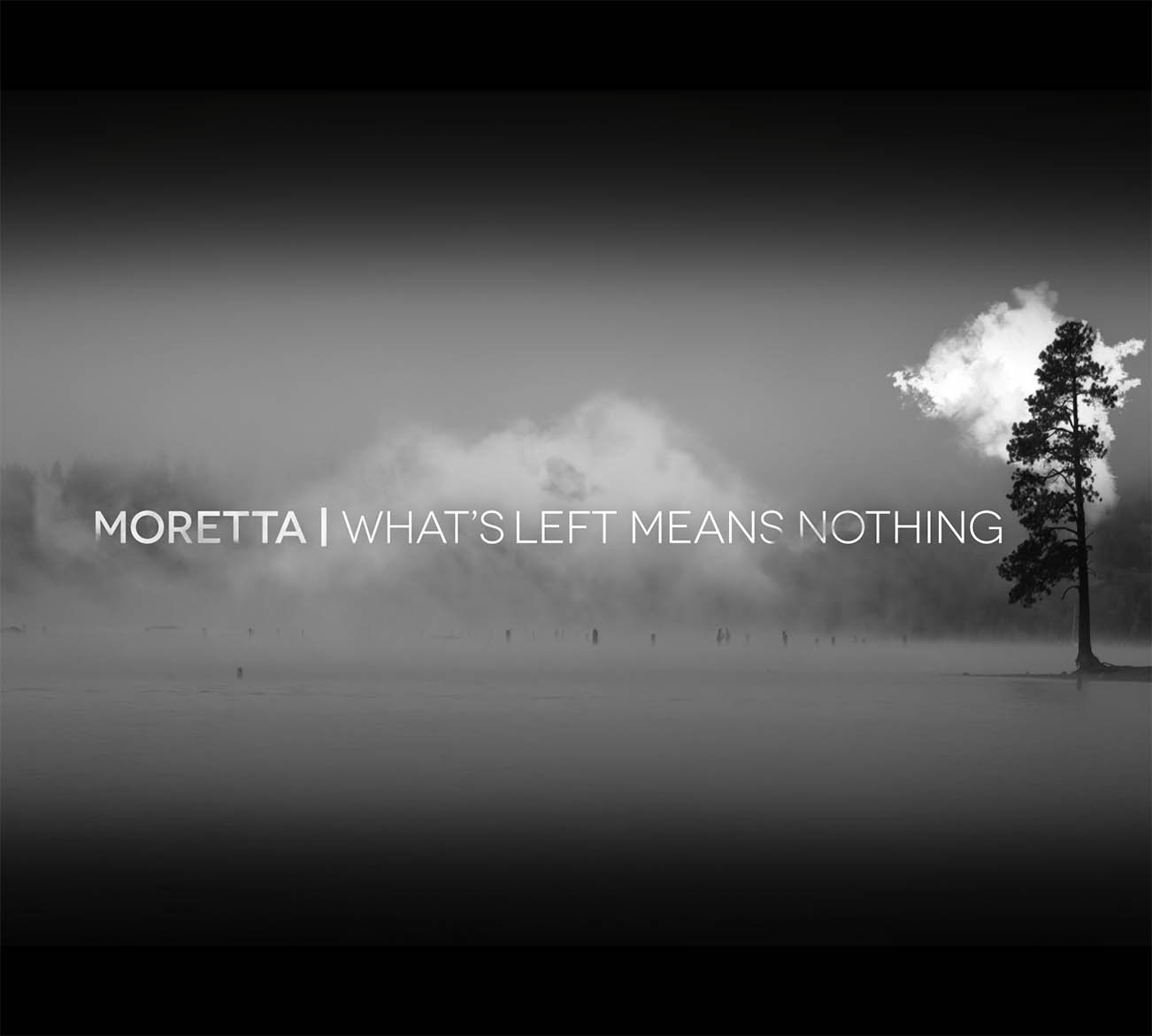 Moretta’s What’s Left Means Nothing is a disappointing record. Throughout the piece, moments of promise and quality riffs are spoiled by below-par singing that doesn’t quite fit the aggression on show when the band decides to kick in. There is promise on display here, however.

The album opens with a slow burner of a track with vocals reminiscent of Steven Wilson’s croons. This, unfortunately, doesn’t last. The clean vocals here provided a real sticking point for me – I just sadly couldn’t get along with the general whine in his higher-pitched voice. This kind of singing is a mainstay of the modern metal scene and I just don’t get it. It’s too much at arms with the aggression of the screamed vocals. Thankfully, however, it does get far heavier than “This Feeling”, but the clean vocal delivery never really gets any less grating.

“At One Point” is such a bland track to follow the opening. Another slow builder, this track does eventually get into its groove, but you will have lost interest by the time it does. “Death Wish” is far better – it opens with a Korn-esque riff with the requisite record scratching, and leads into the verse-chorus structure you’d expect from an All That Remains piece. Indeed the screamed vocals are pretty much identical to those of Phil Labonte, which is no bad thing. Unfortunately, there isn’t much to get excited about throughout the rest of the record. You’ve likely heard plenty of stuff like this before. It’s just not a very interesting record, despite the effort that clearly went in – especially considering it’s a self-released album.

There are a small number of tracks other than “Death Wish” that deserve some recognition, however. “Modern Day Coward”, “Cue the Silence” and “Codependent on Heartbreak” all feature great riffs and good aggression, but (apart from “Codependent on Heartbreak”) all struggle when it comes to mixing aggression with clean vocals. There are also other strange issues with the record outside of the vocals. Several of the tracks (including “Codependent on Heartbreak”) don’t know how to end and simply just stop, even with music or vocals still going on. It’s a very odd feature of the record that just makes the whole thing feel unfinished and lacking in polish. What’s Left Means Nothing has promise, but the clean vocals need work and the album generally lacks polish.

Check out the lyric video for the song “Cue the Silence”