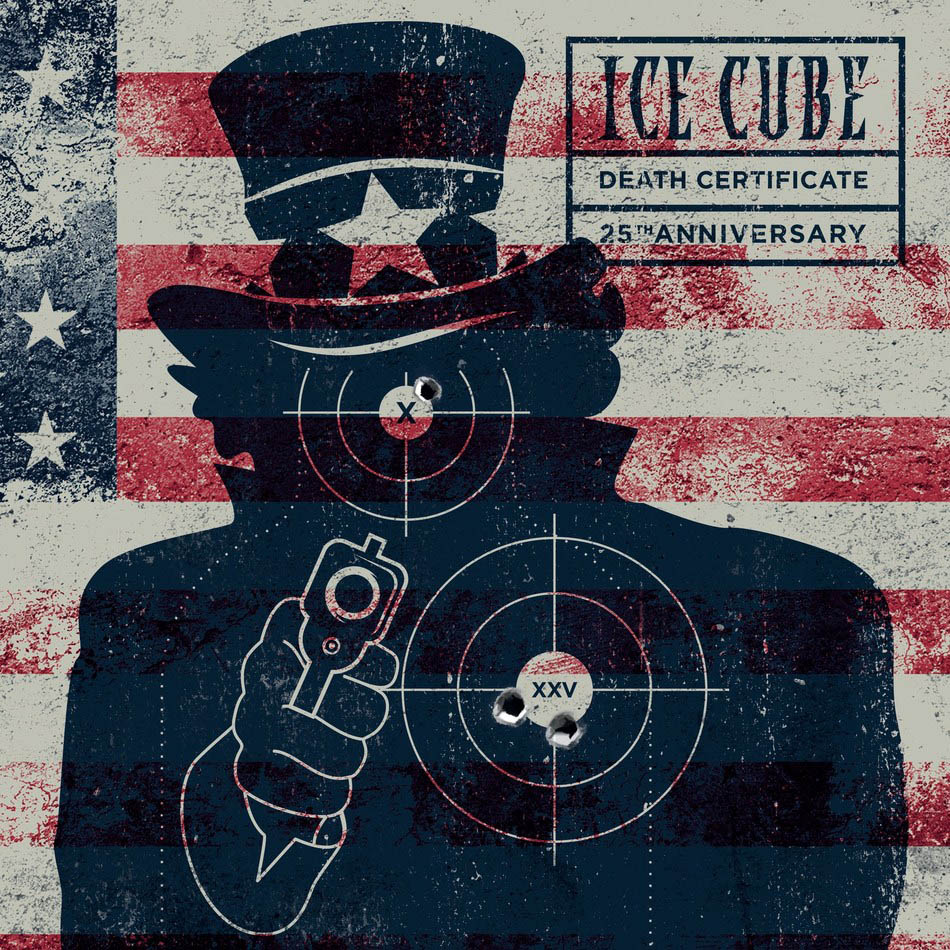 Don’t let Disney fool you; Ice Cube is still an OG. 25 years ago, Death Certificate cemented Cube as the genre’s most blasphemous, provocative loudmouth. On its 25th anniversary release, with three new songs, he’s here to remind us that that hasn’t changed. Death Certificate is one of hip-hop’s most contentious and influential albums, moving the culture forward in countless ways. It incited anger amongst politicians, police groups, the press, and white parent groups alike. Despite this, it has earned just as much acclaim as it has condemnation; it will go down in history as an essential album in the rap canon.

Death Certificate is a narrative marvel. It features two different sides, The Death Side and The Life Side, which help give structure to Cube’s narration. The Death Side features Ice Cube as a ghetto storyteller; regaling tales of sexually transmitted diseases, drug dealing, a trip to jail, and various rendezvous with girls. It is simultaneously hilarious and harrowing; painting stories of frivolous antics against the crude backdrop of life in the ghetto. The Life Side, however, is where Cube really shines; he primarily raps about what must be done to improve Black America’s situation. He delivers some of his strongest and most contestable verses to date. There is little subtlety in his bars, and he leaves little to the imagination regarding his views; things such as gangbanging and drug dealing, as well as interracial dating and relocation to the suburbs are stemming the progress of black men.

Death Certificate (25th Anniversary Edition) features 3 new tracks: “Only One Me”, “Dominate The Weak” and “Good Cop, Bad Cop”. Ultimately, these songs aren’t needed to bolster Death Certificate’s brilliance. Sadly, its themes are just as relevant today as they were at its inception. However, they are solid additions to the album. On “Only One Me”, Cube reminds the younger generation of his contributions to the culture: “I taught 2Pac how to keep it gangsta/I taught Biggie Smalls how to release his anger.” On “Good Cop, Bad Cop”, he reengages with the issue of police brutality. Finally “Dominate the Weak” is an observation of America’s modern political climate; the quelling of freedom, and the development of a police state.

Ultimately, Death Certificate’s 25th anniversary reissue serves as a reminder, not just about Ice Cube the rapper, but the hip-hop genre as a whole: hip-hop is relevant. Hip-hop is important. It still is, just as it always was. It’s not going anywhere, and neither is Ice Cube.