Let’s not beat around the Pentagram, Venom Inc. IS the “true” Venom. Not only are they set to release an album with all new original material entitled, Avé via Nuclear Blast on August 11th (pre-order here), they’re pure evil, they raise the dead and they’re no teacher’s pet… We recently threw a pentagram their way and after 1000 days in Sodom, here it is…Lay down your soul to the Gods of rock and roll!

OK, let’s get straight to the point! You versus Conrad Lant, a.k.a. Cronos, face off in a cage fight. Who wins?
Tony Dolan: ME!!! OK when???

In addition to being the Baphomet of Venom Inc., Tony Dolan is an actor and has worked alongside Russell Crowe in Master and Commander: The Far Side of the World. It is also a known fact that Russell Crowe plays guitar. Which song would Venom Inc. have Russell Crowe play along with if he ever joined you guys on stage?
Dolan: Haha! We used to jam all the time when not filming and he fancies himself as a bit of a Johnny Cash, so maybe I’d have him do “Countess Cashory”!

Anyone that has followed Venom/Venom Inc. for any length of time knows that Abaddon likes his Jack Daniels and is known to partake in shots with fans at shows. What brands of whiskey should fans that want that selfie/whiskey shot with Abaddon avoid at all costs?
Dolan: WATER! 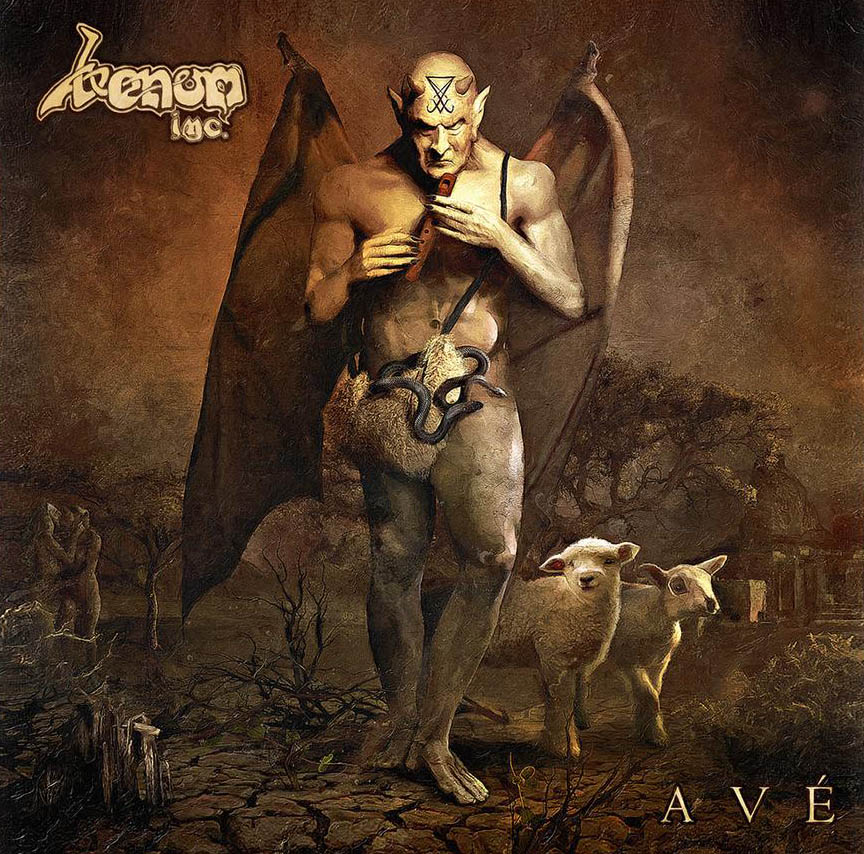 A lot of people have stated, myself included, is that Venom Inc. is the “real Venom”, meaning, Venom Inc. has that fucking nasty attitude and rawness that old school Venom fans remember. Why is that? Please be as brash as possible.
Dolan: Cuz we’re a bunch of fucking cunts, you twatfuck!

Honest answer needed here. Heavy Metal has been going strong for the better half of a decade now. Is heavy metal doomed to tank again like it did in the 80’s when the hair bands oversaturated the genre? If so, what sub-genre is likely to doom it?
Dolan: I think not this fucking time! The bands and the fans won’t let it happen again. The corporate labels don’t have the power they had (because of digital formatting) so they can’t manipulate the industry anymore as successfully as they did. The new era of fans are just starting and the platform is here to stay!

BONUS 666 Question! Who’s worse, Theresa May or Donald Trump and why do you say that?
Dolan: Theresa May, Donald Trump and Vladimir Putin go into a bar… the barman says, “what can I get you?”, and they all end up in bed together… so just like the three of them… I’d say we’re all fucked! And that’s why!

Check out the song “Dein Fleisch”