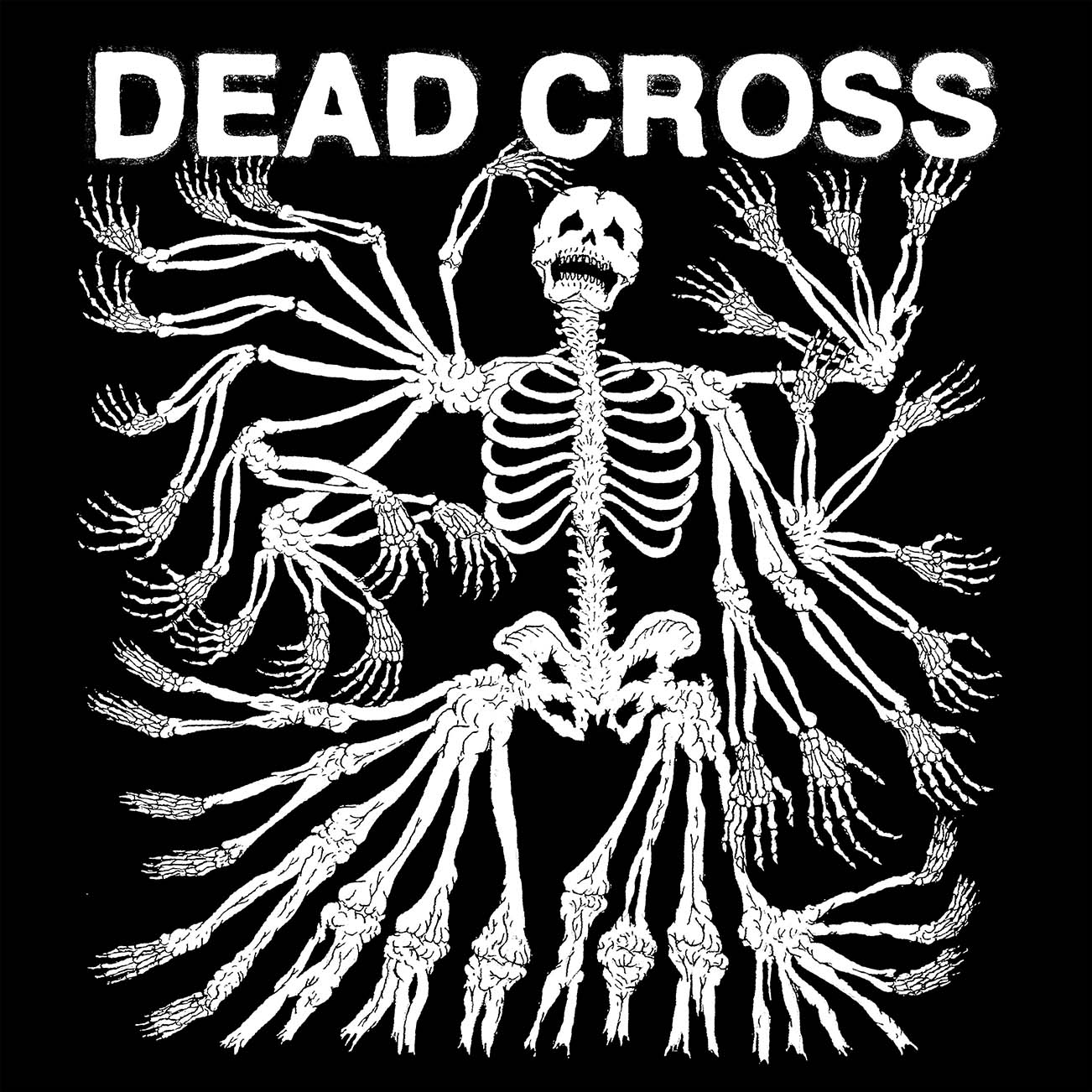 Anyone who reviews the new Dead Cross album and calls it a “hardcore supergroup” is lazy. Yes, hardcore is the closest generic reference you could lump it into, but it really doesn’t describe the music. Supergroup? Supergroup is a term reserved for has-been’s who are desperate to put a tag on their product that could entice someone who doesn’t know anything about music, or music history, to give a damn. Yes, Dead Cross features Mike Patton (Faith No More) and Dave Lombardo (formerly of Slayer, currently of Suicidal Tendencies). Yes, those individuals are incredible at what they do. But, they didn’t phone-in some generic heap of disposable bullshit. Rather, they put together a 10 song/28 minute album that stands among the best releases of 2017.

Starting with an honest-to-God kick in the face, “Seizure and Desist” is a snapshot of what the band is all about. It’s fast, aggressive, and doesn’t sacrifice melody for brutality. The second track, “Idiopathic” foreshadows the dynamic material that follows, the material that transcends the generic categories the aforementioned lazy reviewers will want to pigeonhole. Guitars are considerably more complex than your garden-variety hardcore and the tempo changes will make your old Discharge albums sound redundant. While the track “Shillelagh” is the closest the band gets to typical “hardcore,” they subvert your expectations on the following track with their cover of Bauhaus‘ “Bela Lugosi’s Dead.”

Of course, there are plenty of moments where both Patton and Lombardo shine. Patton shows-off his vocal range by hitting the high notes on “Grave Slave” and employing an interminable scream on “The Future Has Been Cancelled.” Likewise, Lombardo’s drumming powers the whole album, but is especially notable on “Obedience School” and “Divine Filth” where he does what so few drummers can even conceive: pummel his drums with finesse. Lombardo’s no basher, he’s got the touch. All this said it’s hard to overlook the contributions of guitarist Mike Crain and bassist Justin Pearson of the band Retox. They’re not standing in the background, they’re bringing the heat right alongside the better-known members of the band. Indeed, Crain has some killer guitar licks (“Idiopathic”) and Pearson keeps up with Lombardo as well as any of his former rhythm partners.

The majority of the songs on Dead Cross are less than three minutes long. But, the final two tracks on the album, “Gag Reflex” and “Church of Motherfuckers,” are not only the longest songs but also the most dynamic. On these closing tracks the band toys around with tempo and volume to great effect, illustrating the limitations of the term hardcore. These are also the songs that will make listeners desperately hope that this isn’t a one-off project, but the first of many recordings to come.