Blackened death metal collective Cormorant have released a stream of “The Devourer,” from the new full-length Diaspora.

Regarding the new single, the band said, “The Devourer’ is the shortest song on the record, but it probably has the highest concentration of riffs and musical expressions, with lots of twists and turns that are reflected in the narrative. Tying into the overarching themes of migration and human arrogance, this song tells a story about defying the passage of the soul. (Bassist/vocalist) Marcus (Luscombe) wrote the lyrics based on the Egyptian mythology of Ammit, a funerary deity who consumes the impure in the afterlife. In an attempt to outsmart his doomed fate, the protagonist endeavors to flee Ammit in the underworld in an act of defiance.” 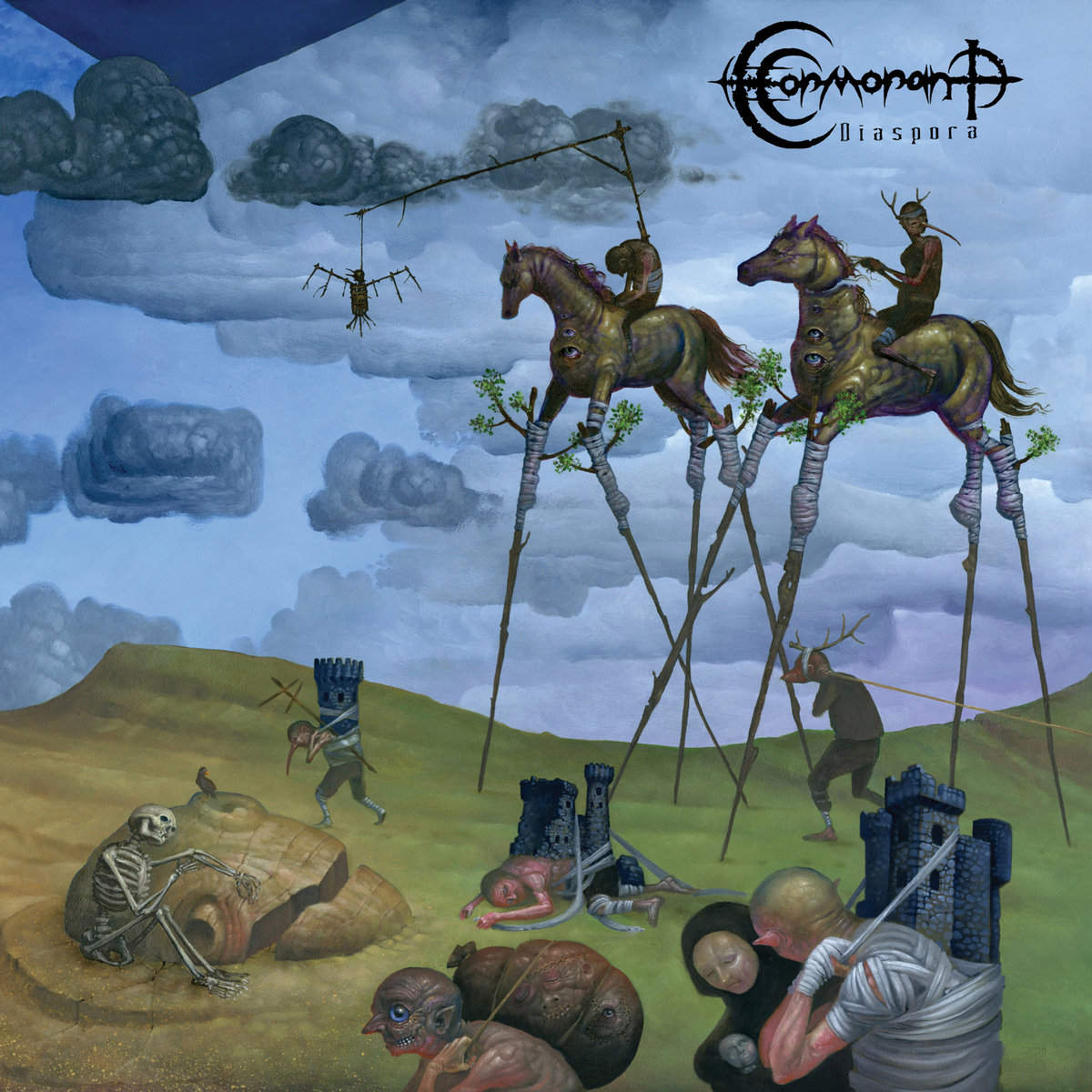