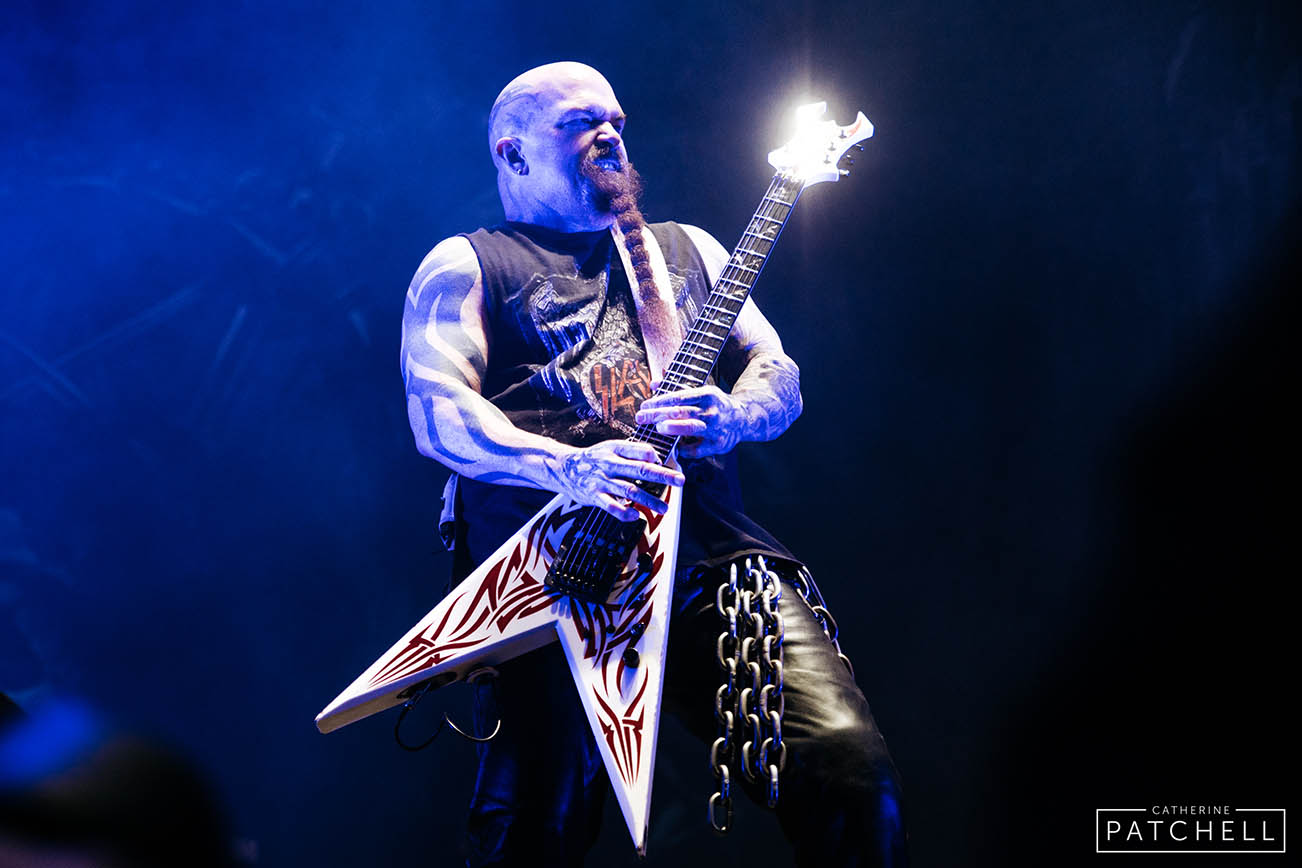 The morning of the third and last day of Copenhell started off (with no surprise) dreary and drizzly like the previous days. As I was sitting on a bench, just after the first couple sets of the day had completed, the clouds quickly dispersed and the sun appeared for what felt like the first time in days. It was almost as magical as the sort-of-crepe-burrito-thing that I was eating at the time (note: Copenhell undoubtedly had the best food that I have experienced at a festival).

Lost Society, a thrash metal band from Finland, gets the award for the most hair of the day. Many times you only saw members’ faces for a split second before they continued to headbang and disappeared behind lengthy locks. Being unfamiliar with the band prior, it was a set I almost skipped, but I am thankful I did not. Their high energy performance was perfect for getting the crowd warmed up and amped for the final day of the festival.

Haunting, mesmerizing, and explosive; three words to describe a performance by the Danish black metal band, Myrkur. Singer-songwriter, Amalie Bruun, was both calming and powerful as she performed a variety of clean and harsh vocals throughout the set. She stood tall in the middle of the stage as the guitarist and bassist fell among the shadows and became silhouettes at the front of the stage.

Nothing compares to the excitement that builds up within the crowd as they anticipate a Slayer performance. For a long time, the band has distinguished themselves as a group that is unlike others. Though their performances may be described as predictable, it is not in a boring way but rather a consistency in delivering a strong performance every time.

Grab your friend, your grandma, or bring the kids along – we’ll see you at Copenhell next year!