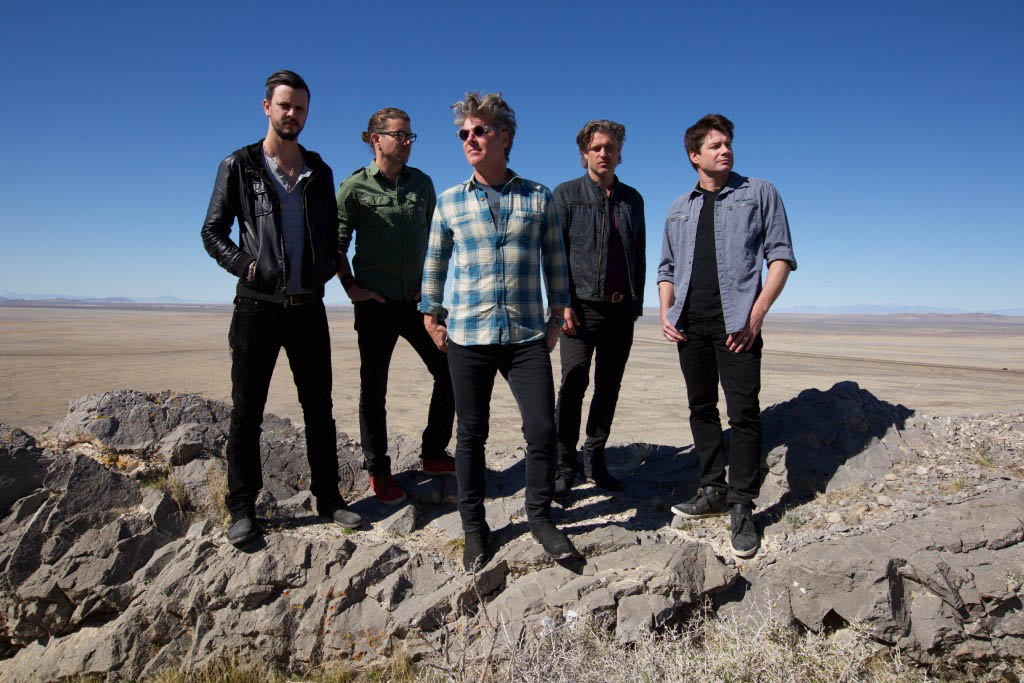 When it comes to rock radio in the 1990s, few bands were played as much as Atlanta-based Collective Soul. First single “Shine” led Hints Allegations And Things Left Unsaid — which was essentially a demo — to double platinum status in the States. 1995’s self-titled album was certified triple platinum by the RIAA based on hits like “December,” “Gel,” “The World I Know,” “Where The River Flows” and “Smashing Young Man.” Collective Soul’s third studio release, Disciplined Breakdown, sold platinum and yielded big hits with “Precious Declaration,” “Blame” and “Listen.” The group’s fourth album of the 1990s, Dosage, saw its first single “Heavy” stay number one on the Billboard Mainstream Rock chart for 15 weeks beyond having more success with “Run.”

Success continued with 2000’s RIAA gold certified Blender, which featured a duet with Elton John, and Collective Soul earned a greatest hits compilation from Atlantic Records in 2001. The band went the independent route with 2004’s Youth, but the hits would keep coming. The latest effort from Collective Soul was 2015’s See What You Started By Continuing, which was released Vanguard Records. Meanwhile, most of the group’s members have kept up side projects as frontman Ed Roland has Ed Roland And The Sweet Tea Project, guitarist Dean Roland fronts Magnets And Ghosts, and bassist Will Turpin is at the helm of Will Turpin + The Way.

Check out the video for the song “AYTA”

Currently, Collective Soul is in the midst of a summer tour, which includes a run of amphitheater dates with Sammy Hagar. In addition, the quintet will be part of WTFest at Lion’s Park in Brantford, Ontario on July 29th, playing alongside Our Lady Peace, Tonic, Soul Asylum and Treble Charger. On behalf of PureGrainAudio, I had the pleasure of talking with Collective Soul bassist Will Turpin — one of the most pleasant people this writer has ever interviewed — before a bad cell phone connection got in the way. But I was able to grasp the following beyond the brief Q&A below:

01. Collective Soul is currently recording its 10th studio album, aimed at an early 2018 release.
02. The band has a live album in the works, which is a rarity.
03. Turpin has been recording a new solo effort at Real 2 Reel Studios, which will likely be released in the fall. Dean and Ed Roland also have new music in the works.

When somebody sees Collective Soul live these days, what does the set look like these days?
Will Turpin: It’s really hard. We’ll get festival sets that are sometimes 60 minutes long, which kind of restricts where we can go with the set. We don’t want to sound like we’re “just playing the hits,” either. We’re always going to play “Shine” and “The World I Know,” but when we play those 60-minute sets, we’ll leave out #1 rock tracks. Not because we’re trying to be “too cool for school,” but because there’s a lot of depth in our albums and we’re trying to get to. On the opposite end of the scale, when we’re headlining somewhere and we get an hour 45 minutes, up to two hours, I guess we’ve got nine studio albums now? We try to explore some stuff we believe are stronger tunes and deeper cuts.

So you’re doing some upcoming shows with Sammy Hagar, in that kind of situation I’d assume it’s closer to the 60 minute set scenario. Is that when you mostly play the hits?
Turpin: Yeah, I think it’s a 55-minute set with Sammy. You’re going to hear a couple of tunes from the new album, “This” or “Contagious,” some of the hooky rock songs, and “Are You The Answer?” Then outside of that, every song you hear is going to be a #1 rock track.