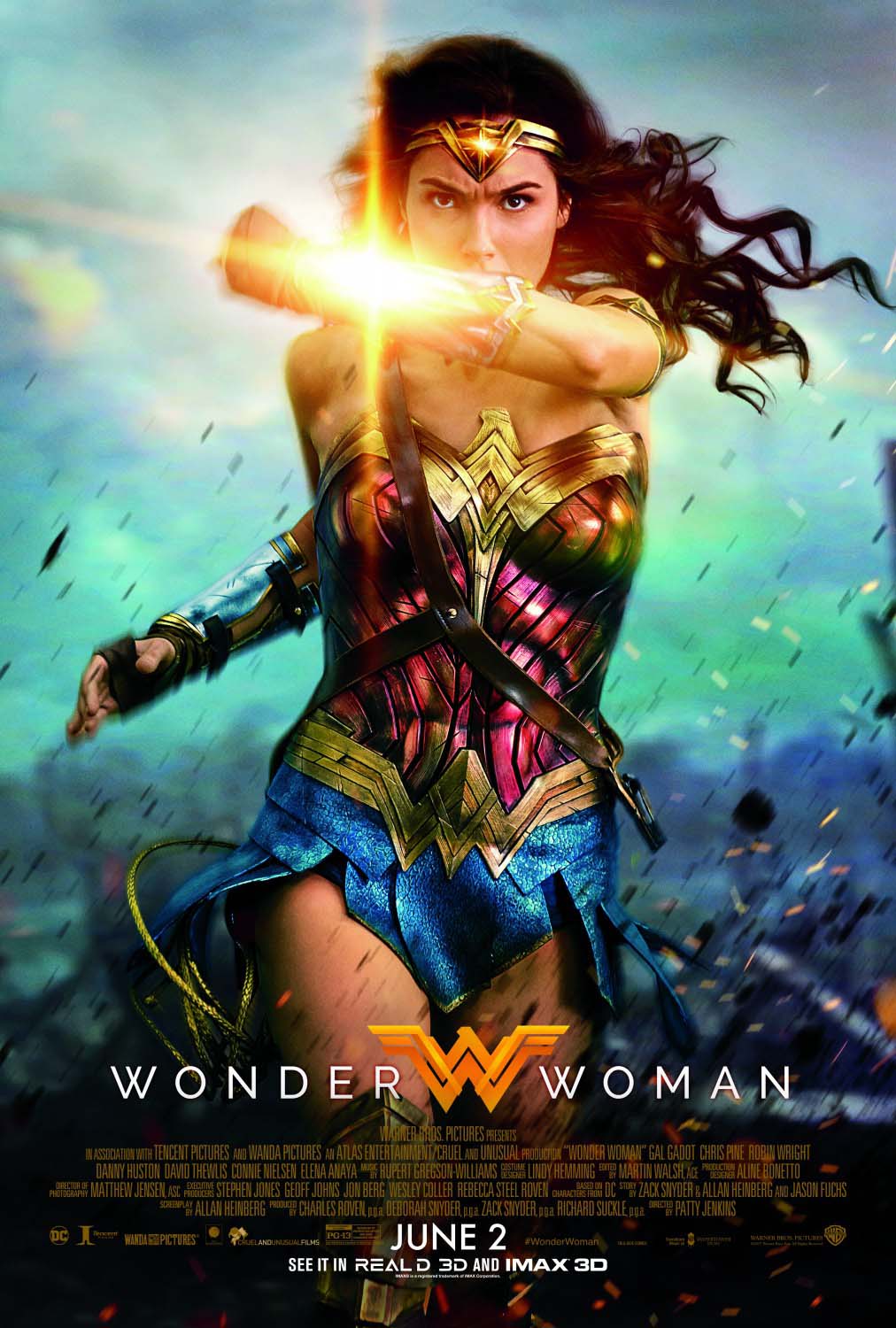 She’s an Amazonian warrior princess from the mystical land of Themsycira, brought to life by her mother and the hand of Zeus. Born with power, destined to bring peace, and defeat the God of War, Ares. Anyone worried about whether DC is going to ditch all of the ’60s kitsch when it came to how the original Wonder Woman was presented can rest easy.

Wonder Woman is a big, bold, and beautiful film bursting with both graceful light and intense darkness, but it is that duality that creates the never-ending battle between good and evil! Prepare to see the best DC movie since Watchmen or The Dark Knight. What makes Wonder Woman work is how Gal Gadot and director Patty Jenkins nailed the tone of the story by bringing the character’s true origin story.

Diana (Gadot) begins her journey to discover her true power by saving a drowning soldier Steve Trevor (Chris Pine) after his plane crashes in her home world. When Trevor explains that WW2 is tearing humanity apart, Diana brings her mystical weapons and armour to defeat the dark side of humanity that makes mankind go to war.

It is not until she is faced with the tragedies or death, the horrors of war, the brutality of humanity and armies of evil, including the God of War himself, that she finds herself. Diana must rise to the occasion and answer her true calling as Wonder Woman to not only save the world from tearing itself apart but also become the hero she was born to be!

The film already holds a world record as being the first Hollywood film with a female lead AND a female director with a budget of over $100 million dollars. The reason Wonder Woman works is that the story beckons back to the true nature of the character while combining her with classical storytelling tropes with maintaining the mythology of the comics.

Gadot is backed by a dynamite supporting cast including Robin Wright (House of Cards), Chris Pine (Hell or Highwater, Star Trek), and Ewen Bremner (Trainspotting 2). Wright is having one hell of a year after appearing in this back to back with Season 5 of House of Cards where she’s the dark leading lady Claire Underwood. She’s also gearing up for the release of Blade Runner 2049 this October.

Pine delivers one of his best blockbuster performances to date with loads of humility, humor, and empathy instead of being the stereotypical cavalier alpha-male.

Wonder Woman reinforces how DC Comics prides itself on openly flawed heroes, killer villains, and storytelling where characters do get killed off. This inherently raises the stakes for audiences because the stories are more unpredictable and even mythical characters like Wonder Woman or Superman become emotionally accessible to people.

DC movies are the only comic book movies where female characters are leads and have their own franchise. This is a HUGE step forward for the DC Expanded Universe, and easily the most entertaining film they’ve released since Watchmen or The Dark Knight.

The real success of the movie is that it shows Wonder Woman is not just an appendage to her male counterparts in the Justice Leauge. She’s not just eye-candy for massive action sequences, she is her own hero that fights to end wars.

Hopefully, the film is successful enough at the box office that Hollywood gets the hint that audiences are dying to see more powerful female comic book characters come to life onscreen. When was the last time you saw an empowering female hero teamed up with a female director with a blockbuster budget? The answer is NOW!