The Tangent, the progressive rock group led by Andy Tillison, has released a stream of “Two Rope Swings” from their ninth studio album The Slow Rust of Forgotten Machinery. The album is set for release on July 21st.

Andy commented, “We wanted a song that could encapsulate our epic and cinematic style – but sort of compressed into a seven minute piece instead of the 20 we work around when doing the larger format songs. ‘Two Rope Swings’ is a pocket symphony, seven minutes that kicks off the album – almost like a little manifesto of what we do and how we do it. It’s a story, it’s a whole boatload of tunes, moods and styles. That’s what we do. We’re still not entirely happy. The Beach Boys are still beating us by miles with ‘Good Vibrations,’ likewise Radiohead with ‘2+2=5’ both of which are less than half as long but with just as much content. We’ll keep trying!” 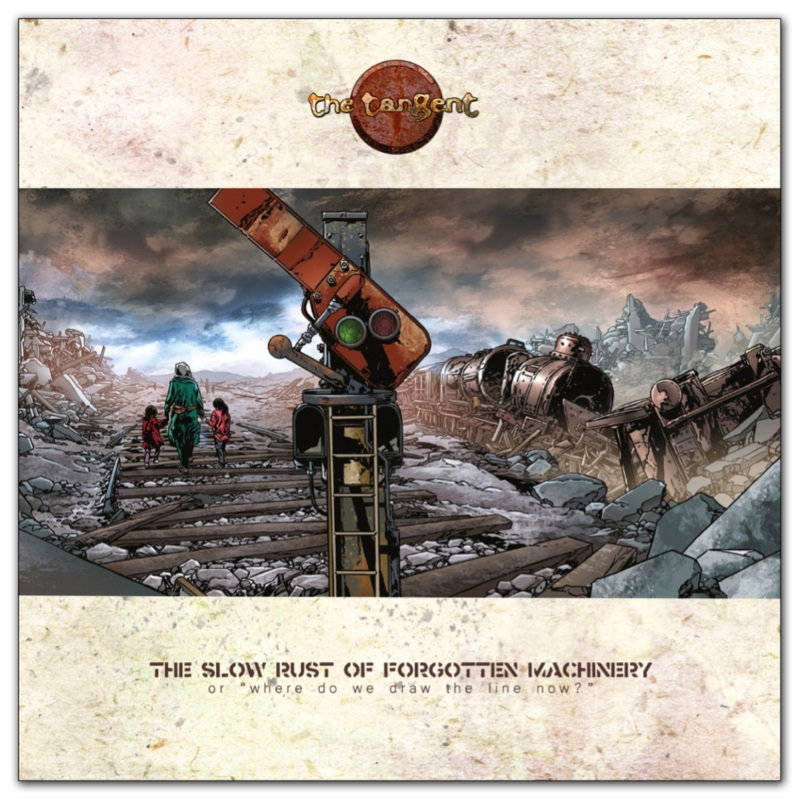