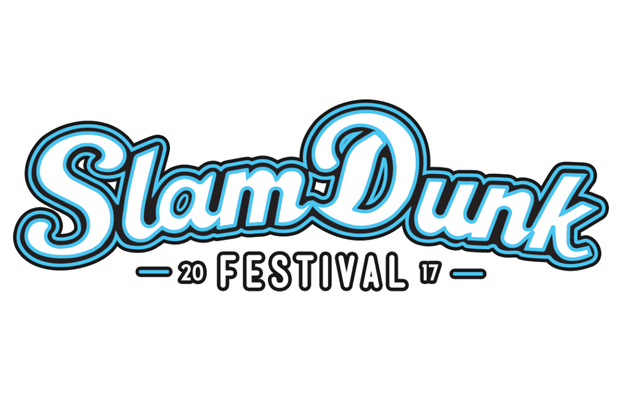 Ah, Slam Dunk, bringing some of the best punk and hardcore bands from around the world both established and upcoming.

I have had the pleasure of attending Slam Dunk’s southern event in Hatfield but for a change this year, I thought why not see what the original festivals home had to offer. The first thing that struck me, was the event was held in the city centre and was spread out over several outdoor and indoor venues. It was also a pleasure to see so many music fans out in force given the tragedy that struck that struck Manchester Arena only a week before, a true testament to the refusal to not allow fear to rule.

Sadly, arriving a little late due to traffic driving up from the south Slam Dunk was already in full swing with Japanese crossover crew Crossfaith tearing up the main stage as they have done at the many UK festivals they have appeared at and set the tone for an afternoon of brutality as both special guests Bury Tomorrow and US metalcore favourites Beartooth had the buildings around the main stage site shaking under a barrage of metallic riffs.

I made a beeline to the Fireball stage held at the Leeds First Direct Arena to catch Goldfinger. Unfortunately, there was a hell of a line to get in and simply did not appear to be moving. After a while the news came down the line that the venue was full and it was now operating on a one out one in policy.

So, having made my way to the seating area the first thing I found was that, unlike most venues I’ve been in where there is at least low light, it was pitch black to the point you could barely see your hand in front of your face and people were constantly moving past meaning I was up out of my seat every few minutes. Truth be told, after about fifteen minutes I’d had enough and made the decision that I didn’t need to see Reel Big Fish and Less Than Jake enough to keep this up, plus I’d much rather be outside in the glorious sunshine.

So, onto Millennium Square to the Jagermeister stage to relax with a beer in the sun and catch a bit of Deaf Havana. Now, I had never intended to see these guys as I had planned to be elsewhere, however, my disappointment was short lived as Deaf Havana delivered a set that was simply flawless throughout their ten-song set from “Ashes, Ashes” to “Pensacola, 2013”.

The unexpected highlight of the entire festival was Don Broco. It’s always pure delight when you catch a band you know next to nothing about. It was a set list that literally blew me away from when they hit the stage with “Everybody”, enticing the whole square to jump with “Automatic”, “Fire” and “Nerve” before cracking the volume to eleven for the song everyone was waiting for, “Pretty”.

Back in the O2 Academy and following a supporting cast that has included With Confidence, Waterparks and Seaway, Tampa rockers Set It Off get up to all sorts of mischief with the crowd culminating in frontman Cody Carson getting told in no uncertain terms to not scale the PA.

While not uncomfortable temperature-wise inside the Academy, the Florida pop-punks have certainly raised the temperature while headliners Tonight Alive send the heat crashing through the roof with a slick, polished set pulled from the spread of their career including “The Edge”, “The Greatest” and a smattering of new tracks. Yes, the fact they were running up against headliners Enter Shikari may have resulted in a less than full Academy but you just know that the Australians won’t have this problem next time they return to Leeds.

Closing out the festival at the Jagermeister stage was the mighty Enter Shikari. This was truly a powerful set covering all the hits and fan favourites. The highlight being their rendition of Oasis’ “Half the World Away” dedicated to all the unsung heroes of Manchester who opened their homes and offering stranded concert goers free rides. In this moment there was truly a sense all barriers between music genres were broken down and the true way to fight hate is with love.

So, as our Slam Dunk 2017 draws to a close, the extra security, expansive layout and long queues meant we saw fewer bands than we would have liked leaving it to UK pop-punk favourites Neck Deep to bring our day to a close. That being said we couldn’t have done in better company with a beer in hand, a packed stage and a sack load of great tunes to see Slam Dunk out in style.

Next year, let’s see how Birmingham stands up.