The underground West Coast hip hop/funk pioneer, Declaime (aka Dudley Perkins) has connected with West Coast hip hop heavyweight, Blu, for the cerebral new single, “Internally Yours.” This track serves as the lead single to Declaime’s new album Young Spirit, an album that balances his unique rapping delivery over some psychedelic funk and jazz-laden production by Georgia Anne Muldrow and Madlib.

“Internally Yours is about inner truth. I’m talking about all the cats running this world to see that they are just like us,” said Declaime. “Their heart beats just like us. The whole album is about how the media and government, food messing with the kid’s heads and their young spirits. Blu’s speaking on some truths he had locked inside of him.” 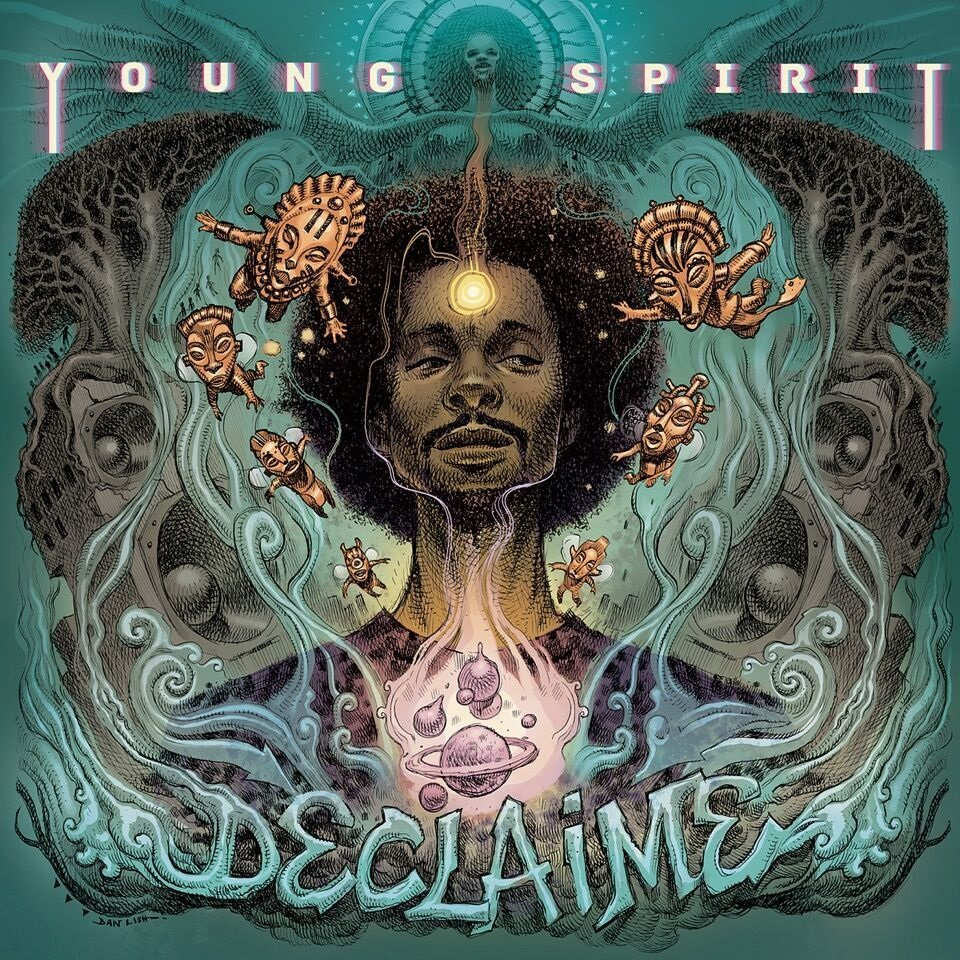