“I like the cut of your gibberish. Can I interest you in some reeferino?”

I’m sitting across from a man dressed as Ned Flanders at Hard Luck in Toronto, holding a joint in his face. He laughs and takes the bait, feeding me the line I was waiting for: “They told me the devil would be attractive.”

Formed in Phoenix, Arizona, Okilly Dokilly dances the line between the world of Simpsons fanatics and metalcore (though they consider themselves somewhere between Bartcore and Krusty Punk). The band is made up of 5 Neds, dressed in the traditional green sweater and pink collar combo of Ned Flanders. Each member has been dubbed with their own Flanders alter ego – I’m sitting with Head Ned, their lead singer. Red Ned and Thread Ned are manning the merch booth, appropriately called The Leftorium. The band takes advantage of the massive Simpsons universe, adding in details that any casual fan might miss. My favourite is their “roadies” dressed up in Springfield Nuclear Power Plant hazmat suits with a neon-green plutonium rod stuck to their back. Hard to say whether the crowd noticed it was the band hidden behind the masks setting up their own instruments, but it gave the band an air of professionalism that comes with having their own crew of roadies.

At first glance, part of the appeal is that Ned Flanders is the antithesis of loud, aggressive rock music. People love the obscurity of “Heavy Nedal”, and the idea of our friendly neighbourino screaming at a moshpit about “Flanderdoodles” and White Wine Spritzers (the latter of which is responsible for vaulting them into viral fame). But when you start to truly investigate the psyche of Ned Flanders, any other Simpsons character wouldn’t make any sense. 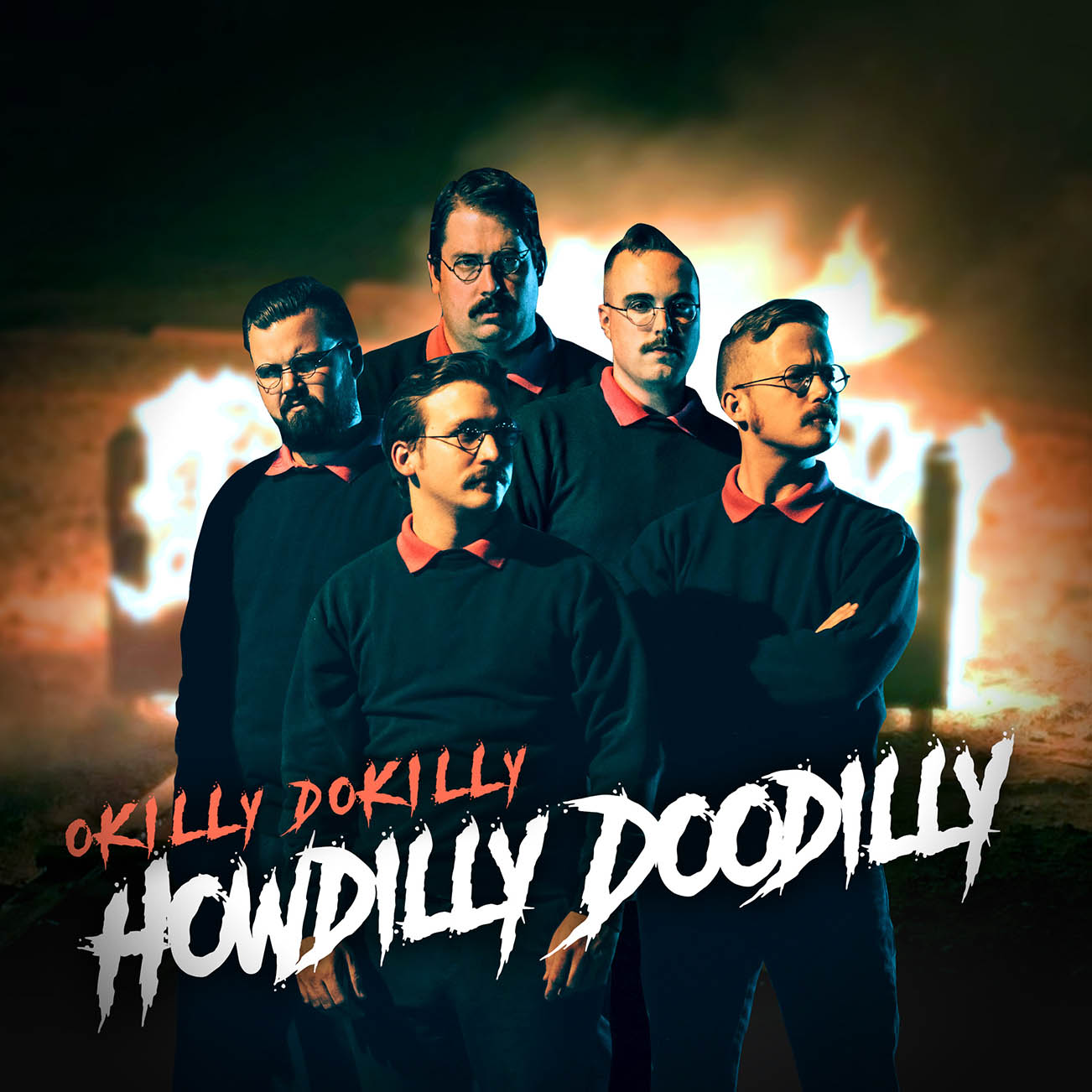 “When we originally started, we leaned on the fact that Ned is the complete opposite of a metal front man. But as we delved into it, we started hinging on “Hurricane Neddy” and […] his natural anger.”

Ned is, all things considered, a dark character. He epitomises the idea that bad things happen to good people. This is at the core of Head Ned’s ritual of songwriting. It helps when they have over 200 hours of Simpsons to dissect. After all, Ned’s had a failed business, lost his home, and two wives… I’d say there’s some darkness in that noodle. “It hasn’t really been difficult. It’s funny, I come across episodes and quotes and I think, “why haven’t I thought of that one before”, or “why haven’t I seen that one before”, so I’m still finding new material.”

I scan the room, and it’s difficult to get a pulse on the crowd. There’s a few Simpsons fanatics who may not even be fully-aware of the screaming aggression they’re about to endure. I see a stretched Marge t-shirt, a Springfield Isotopes jersey, and a few “Bonus Neds”, fans who also dress up like Flanders. I’m wearing a black t-shirt, but it feels like I’m wearing nothin’ at all!

On the other hand, this is Hard Luck. Three other metal bands have already performed for a modest moshpit and a handful of headbangers. It’s a rough crowd filled with a lot of people that a 150-pound white boy with little interest in metal like myself wouldn’t mess with (With the exception of the guy from opening band Lawless Sons who cracked a System of a Down joke. I got that joke.) Head Ned has gotten used to it. “Some shows, the fans are really into the bits and weird jokes and references between songs; that’s when you can tell its a Simpsons crowd. Some of the crowd, the jokes go right over their head. Shut up and play the heavy metal music! Those are the more metal crowds, so we don’t know until we hit the stage.” Toronto’s show looks like an interesting mix of both.

Check out the video for the song “White Wine Spritzer”

The band hits the stage. “Howdilly-doodilly, neighbourinos to the north!” the crowd is a mix of screams, “Howdilly-doodilly’s” and “Stupid sexy Flanders!”. But when they start to perform, something happens: gimmick is no longer a bad word. There’s stage presence, an energetic moshpit and… screaming girls? This isn’t Comic-Con, this is a rock show, through-and-through. People are surprised and excited. Anyone who came into this concert anticipating a Slipnot-meets-Weird-Al jokefest has had their perception shattered. Head Ned is not only used to this, he enjoys it. “I want them to come in and think that. I like taking preconceived notions of how something should be, and having something completely different.”

Okilly Dokilly has done a lot of things right. They tapped into a massive market of Simpsons fans that will consume every experience related to the show, but have managed to hold on to their artistic integrity in the process. They’ve carved out a unique position in the music industry where they’re selling tickets to a show that’s closest resemblance is the long-lost, angry cousin of Tenacious D.

Okilly Dokilly is hitting the road for a 3rd consecutive tour, “Death to False Nedal”. If you missed their Toronto show at Hard Luck, you can see them play for our Hamilton neighbourinos at This Ain’t Hollywood on July 4, 2017.