Franz Ferdinand at the Danforth on a Friday night—could there be a better way to start the weekend? After last week’s show, it’s hard to think of one.

Although Omni, the openers and post-punk rockers from Atlanta, tried their hardest (and did a pretty good job), the crowd didn’t truly come alive until Franz Ferdinand entered the scene. As soon as they came on stage—wearing similarly patterned button-ups and grins—the real dancing started… and didn’t stop until the final chords of “This Fire” rang through the hall, accompanied by appropriately coloured lights.

Even without recent releases, the Scottish group didn’t disappoint. The mix of old favourites like “The Dark Of The Matinee” (reworked to reference CBC rather than BBC for this Canadian audience) and newer hits like “Stand On The Horizon” (the first song played following a thunderous encore) carried the same frantic heat that’s characterised their songs since day one. 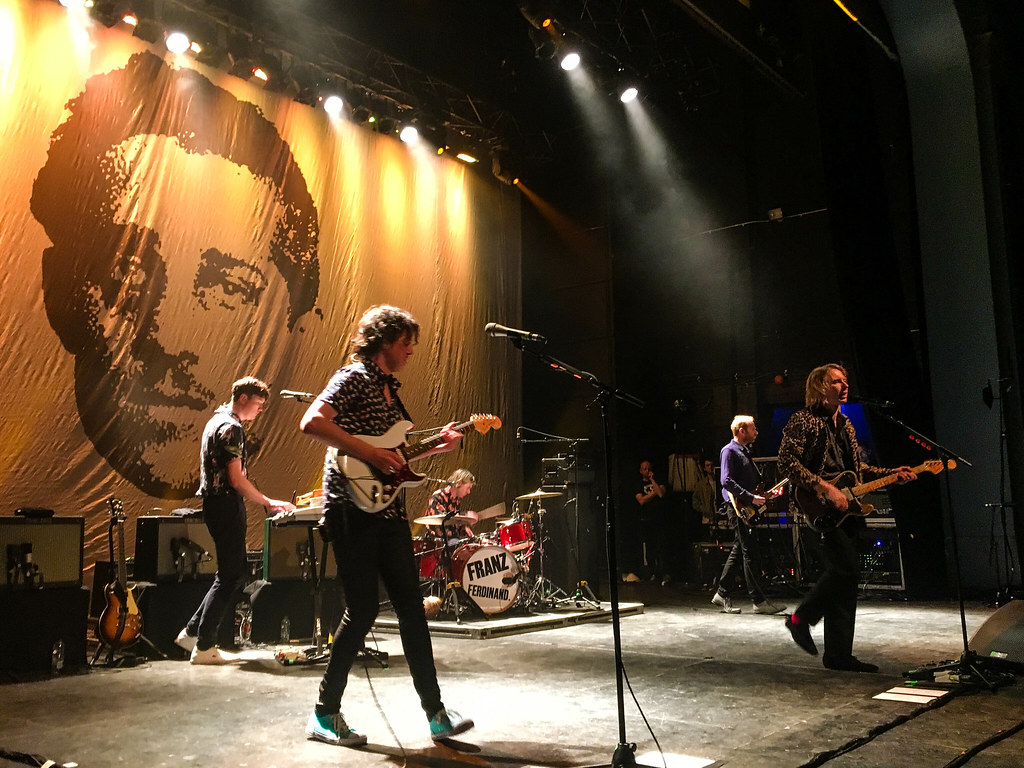 Waiting until near the end of their set to play the all-time hit “Take Me Out” was a tease, but proved a good choice—the crowd’s excitement hit a new high, from which there would be no coming back. It seems impossible that the songs played from their titular album came out 13 years ago, so fresh did they feel. It was hard not to be swept away by the relentless energy, felt by both the band and the crowd, that lasted the entire show.

Unlike many bands, they rarely paused to speak (or, seemingly, to breathe) during the show—and they really didn’t need to. Every opening chord was met with screams and cheers, and lead singer Alex Kapranos’ gravelly vocals were accompanied by the roar of the audience, who seemed to know every word. All in all, it was a solid show and one that hopefully forecasts a new album from these indie rock champions.

Check out the band’s song “Demagogue”