Formed out of the ashes of the band Zero Tolerance, Face To Face came to be in Southern California in 1991. The punk rock group’s first big break came when its song “Disconnected” — which first appeared on the 1992 album Don’t Turn Away — started receiving radio airplay in 1994. Ultimately, “Disconnected” cracked the Top 40 of Billboard’s Modern Rock Tracks in 1995, and the quartet’s 1996 self-titled album was released via A&M Records. Face To Face remained a headliner of rock clubs and a regular on the Warped Tour through 2004 when the band went on hiatus.

Face To Face returned in 2008 and has since released three studio albums. The latest recorded effort is 2016’s Protection, as released by Fat Wreck Chords; Fat has recently released remastered versions of three classic Face To Face albums. Frontman Trever Keith, bassist Scott Shiflett, guitarist Dennis Hill and drummer Danny Thompson are currently in the midst of the Econolive 17 tour, in which concert-goers had unprecedented access to the group via innovative VIP packages. Trever spoke to us about Protection, touring, and what else is coming up for Face To Face. He also handled questions about his record label, Antagonist Records, and his mash-up duo, The Legion Of Doom.

Check out the video for the song “Say What You Want”

Where was the first live show you ever performed in New York? What do you remember about it?
Keith: I think it was at CBGB with NOFX and Ten Foot Pole. Would’ve been around ’93 or ’94. I remember that CBGB was a shithole, but a legendary shithole.

For this spring tour, Face To Face is intentionally playing intimate venues. Where did that decision come from?
Keith: It’s in celebration of the 20th anniversary of the “Econolive Tour” we did in the ’90s.

Will the setlist on this upcoming tour be focused on a particular era of Face To Face? A lot from Protection and the Say What You Want seven-inch?
Keith: It’s a little bit of everything from our nine albums.

Outside of the band, you have been very active as a producer and a label owner. Where does your entrepreneurial spirit come from?
Keith: Not sure. It’s just the way I’m wired, I guess. 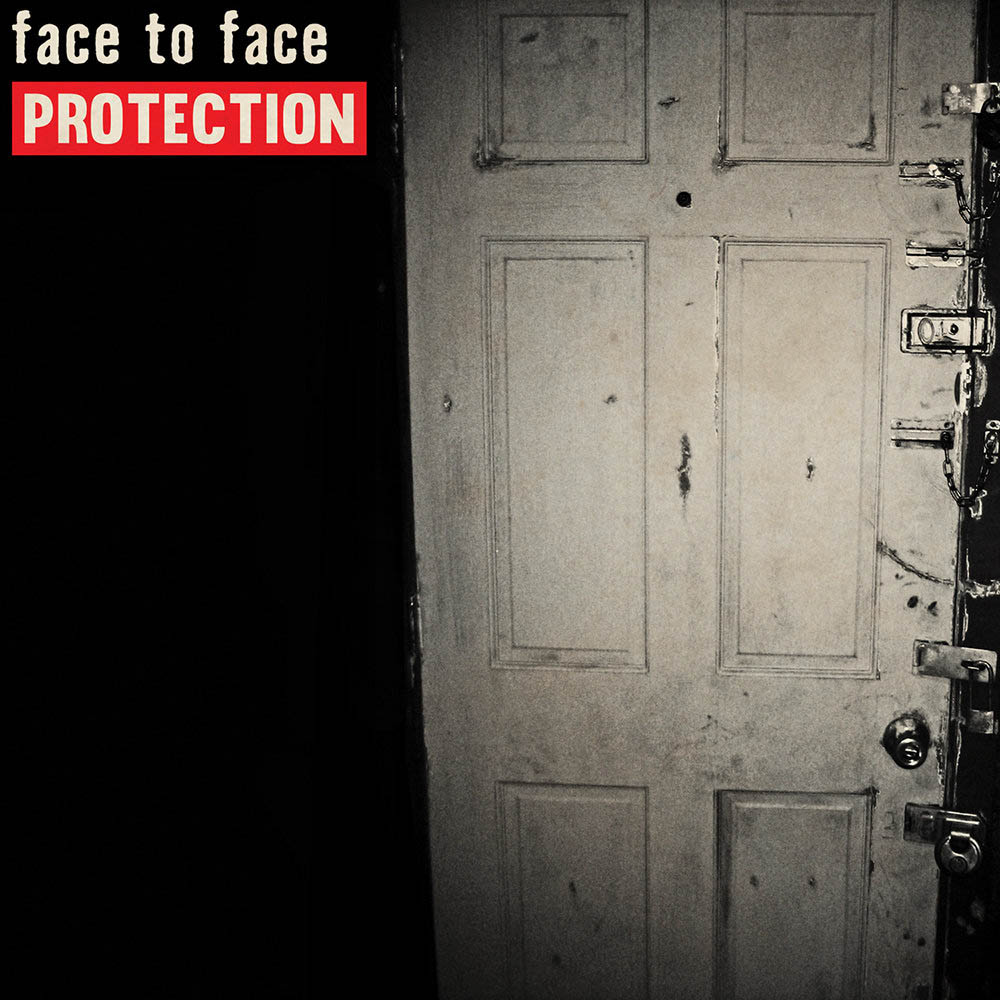 I remember when your label had released music from KRS-One. Did you listen to a lot of hip-hop growing up?
Keith: Not really, I was just experimenting a little and trying something new.

Is The Legion Of Doom still active?
Keith: No, not for a while now. It was something I was working on during the Face to Face hiatus.

Where did the Legion Of Doom name come from? Was there some WWF influence? A DC Comics reference?
Keith: No WWF reference, more of a Superfriends reference.

What’s coming up for you after this tour wraps?
Keith: We are heading out for more touring in Europe, South and Central America, and finally The Warped Rewind Cruise. Also working on writing new material that we hope to record in early 2018.

Is there anything you haven’t yet accomplished that you’re still hoping to?
Keith: I’ve never really had a list of accomplishments in mind that I’ve been ticking off as I complete them. I feel lucky that I get to do what I do and try not to take it for granted.

Check out the music video for the track “Double Crossed”