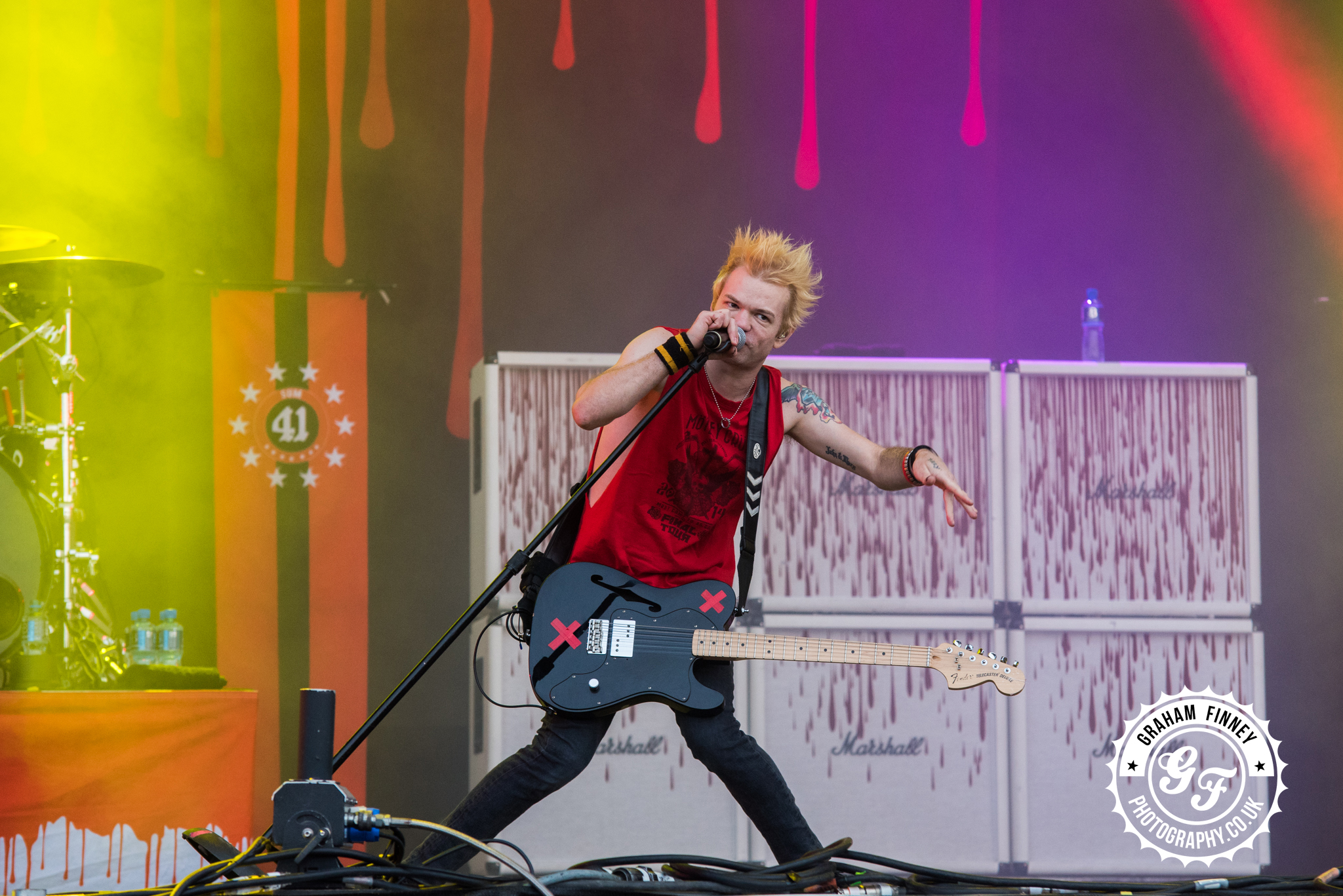 Here we are once again, over 80,000 people descend on Donington Park for the biggest and best dates for rock in the UK. Each year Download ups their game by bringing some of the greatest names in rock to adoring fans and this year was no different with headlining acts such as System of a Down, Biffy Clyro and the almighty Aerosmith.

To the delight of all fans, after several years of intensely bad weather, we now have the sun out which, for all, is an instant uplift ensuring that this will be one for the history books.

So, let’s talk bands, first up on the itinerary was The Raven Age on the Zippo Encore stage. This band have enjoyed some substantial success since their formation in 2009 by providing support to the likes of Iron Maiden and Anthrax. Yes, guitarist George Harris may be the son of Steve Harris of Iron Maiden, however, after watching their set it left me in no doubt that their present and future success will be due to their talents as musicians rather than association. Simply a heavy metal band to keep an eye on.

This year’s wildcard act, Machine Gun Kelly again on the Zippo Encore stage. Hailing from Cleveland, Ohio and a rapper! Yes, you read this right, a rapper! Mixing rap, punk and metal it’s clear his influences are diverse and many who have not heard him before would sadly be quick to dismiss him as a performer at Download, however, he delivered an intense set that got the crowd rocking and any dubious fans unconvinced of him were quickly converted. I urge all who read this to check this guy out.

It was back to the old guard on the second stage as Suicidal Tendencies followed with a ferocious set that kicked off with “You Can’t Bring Me Down” and with Dave Lombardo pinning this punk/hardcore onslaught down and frontman Mike Muir racing around the stage like a madman, this was Suicidal Tendencies showing that the old hands have still very much got it.

US metallers Five Finger Death Punch are a massive deal and, unsurprisingly, they are a huge draw over on the main stage as the many fans wearing shirts adorning their logo head en masse to catch the band who deliver everything their loyal fanbase as the likes of “Under And Over It” whip up the crowd out of the mid-afternoon lull.

Staying at the main stage to catch a band I have waited for with baited breath ever since hearing of their formation, The Prophets of Rage. Right here is a supergroup made up of members of Rage Against the Machine, Audioslave, Public Enemy and Cypress Hill. Seriously, what more could you want? Delivering a set that covered the likes of “Testify”, “How I Could Just Kill a Man” and “Like a Stone” along with an original of their own, “Unfuck the World”. Best of all though was a medley of “Harder Than You Think / Insane in the Brain / Bring the Noise / Jump Around”. Quite frankly witnessing this was a dream come true!

A double blast of pop-punk brought the Zippo Stage to a close as first up the Madden Brothers brought some bounce to the second stage with the energetic hooks of tracks like opener “The Anthem” which set things up nicely as the perfect appetizer for second stage headliner Sum 41 who closed the night with a career-spanning set with frontman Deryck Whibley in particular looking like he was enjoying himself in front of a crowd who were lapping up every minute of this pop-punk double-headliner.

Now was the time for the band that so many have been waiting for all day, System of a Down. It must be said, that Serj Tankian’s heart didn’t appear to be in it and the stage presence he is known for was lacking. That aside, the band did deliver a set that was second to none. Hit after hit with the likes of the chilled-out “Aerials” to the intense “Chop Suey!” and “B.Y.O.B.” before finally closing the set with “Sugar”, which got the crowd jumping hard. Although this set was lacking the energy we’ve come to know, the choice of tunes made up for it and was a great way to end day one.