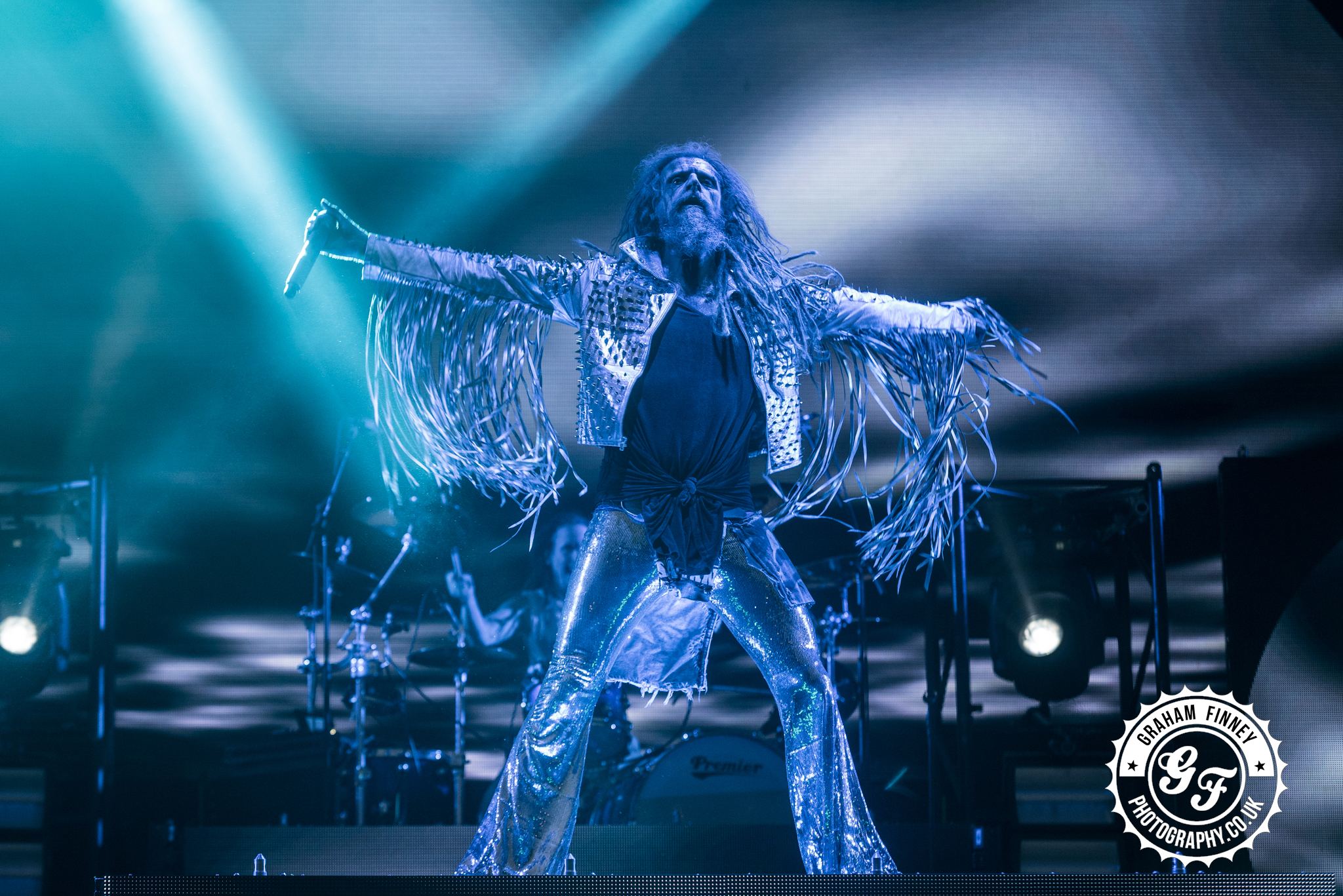 After a heavy night of booze filled mayhem, it’s safe to say some are starting to feel the strain, especially those folks who descended on Donington Park on Wednesday. However, crowds were once again out in force and ready to party throughout another glorious day.

First up on my line up were Creeper on the Main stage. Horror pop-punk at its finest and the British equivalent of AFI. Now, I’ll confess, when I first heard this band I wasn’t all that blown away, but overtime and more listens to their debut album Eternity, in Your Arms I found myself regretting my initial thoughts of them. Live, they were something to behold with the energy they displayed whilst getting the early birds pumped up for the day ahead. Closing with the emotional “I Choose to Live” after dedicating it to the tragic recent events that have befallen the music world, it was a spectacle to see the audience at the Main stage showing so much love.

No need to leave the Main stage right now though as up next, we have SikTh. During their set, the crowds continued to grow. All waiting with anticipation for “Bland Street Bloom”, which they delivered with pure perfection at the end of the set.

Although the main stage held plenty for festival fans today those who ventured away from the main arena had plenty to keep them occupied including gems like the brutal modern metal of The One Hundred on The Avalanche Stage followed by the insane pirate-inspired insanity of Alestorm… Yo!Ho!Ho! And a bottle of rum indeed!

US deathcore titans Suicide Silence‘s new direction has caused much discussion across the extreme metal scene but today the band were on fire on the Zippo Stage and, while new tracks slipped seemlessly into the set, it was tracks like “Unanswered” and “No Pity For A Coward” which really woke the crowd up.

After the punk-inspired rock from Kvelertak it was time for Download to witness one of those legendary moments that fans will be talking about for years to come as Max and Igor Cavalera took to the Zippo Stage for their “Return To Roots” set which saw brothers batter through the likes of “Roots Bloody Roots” and “Cut Throat” with the kind of ferocity that only goes to underline how much missed that band really are.

Speaking of ferocity, Every Time I Die are creating all sorts of mayhem for security with their brand of rock n’roll inspired hardcore while back on the Zippo Stage, everybody’s favourite Canadian, Devin Townsend, is pummelling through his head-caving progressive metal.

After a break to soak up the intensity of the day, it was time to return to the Main stage once again for AFI. Like every other band so far this weekend, they did not disappoint. Their 14-song set covering old favourites and new hits. Opening with “Girls Not Grey” and closing with the always popular “Miss Murder”, it was pure energy from start to finish.

Having seen everything from hardcore to metal to punk rock, closing off the Avalanche Stage, Simple Plan put a smile on everyones’ faces with an injection of bouncy pop-punk. One of the genres gems, the Canadian band had this packed tent held in the palms of their collective hands with gems like “Jump” and “Your Love Is A Lie” making you wonder why this band are stuck on a stage at the back of the festival site when they really should be bringing the party to a much bigger audience.

Brit superstars Biffy Clyro are bringing the day to an end over on the main stage with a set that, by all accounts, was stunning however, our second day at Download ended at the Zippo Encore stage for the mighty Rob Zombie and where to begin? Every tune was pure gold delivered to perfection including old White Zombie favourites like “More Human Than Human” and “Thunder Kiss ’65”. If that wasn’t enough the true master of horror delivered a flawless cover of The Ramones ,”Blitzkrieg Bop” and finishing with his own rendition of Alice Coopers “Schools Out”. This truly was a perfect end to a perfect day!