The year is 2008. I’m in the middle of a field in Antigonish, Nova Scotia. My friends and I just finished setting up our tent. We’re 16 years old and freshly graduated from high school. We’re celebrating by attending our first weekend music festival. Welcome to Evolve Festival, where hippies, stoners and stupid 16-year-olds congregate for 3 days of psychedelic dance music, hip-hop and jam bands.

We’re wandering the festival grounds and find a bar selling recycled milk jugs of beer. $1 for a jug deposit that we’ll get back at the end of the festival, and $6 for a litre of beer. Most people are already tripping on acid, but I’m too naive to even consider it. I’m too overwhelmed by everything my newfound independence has to offer. Milk jugs of beer? Devil sticks? Hoola hoops? When worried parents think about stinky stoners travelling from festival to festival in an old VW van, Evolve is probably what they imagine. It’s basically a poor man’s Grateful Dead concert. My friend Dave traded a hotdog for a devil sticks show from the guy camping next to us within an hour of settling down. It seemed like a fair trade at the time.

As the sun starts to set, we make our way to take in the first band of the weekend. There’s a girl behind us not wearing a shirt. From the looks of her boobs, dreadlocks and parachute pants, she hasn’t worn a shirt in about 10 years. My friends poke each other and giggle – is this what all music festivals are like? I could tell this was a coming-of-age moment as it happened. Drunk 16-year-old Phil thought of a groundbreaking way to chat with the topless girl. “What band is this?”

I look to the stage and see a curly haired man in short shorts running back and forth across the stage, arms held wide, as if he’s trying to hug the entire crowd at once. He headbangs with the audience between ultra-violent dance moves. As the sun falls behind the stage, my first-festival-fears drift, and my friends and I slowly blend into the crowd to dance the night away. I can’t say I remember much after….

….It’s 2017. I’m sitting at the Horseshoe, talking to a drunk guy about Frank Zappa‘s children. He explains to me why punk is better than new wave. He tells me about the band I’m about to see. “They must not have a sound guy because it sounded like a clusterfuck of noise. A total mess. If you’re here to see the same band, hopefully, they sound better than they did when I heard them. What are they called again?”

Let’s get this out of the way before we go any further: I don’t like the band name. I never have. Any band name that needs to be justified with a sentence explaining how it’s pronounced is a little too pretentious for me. For the record, it’s not necessarily “Chk Chk Chk“, It’s any 3 percussive sounds. It could just as easily be “Bing Bang Boom”. It might as well be “Stop Fucking Asking”. 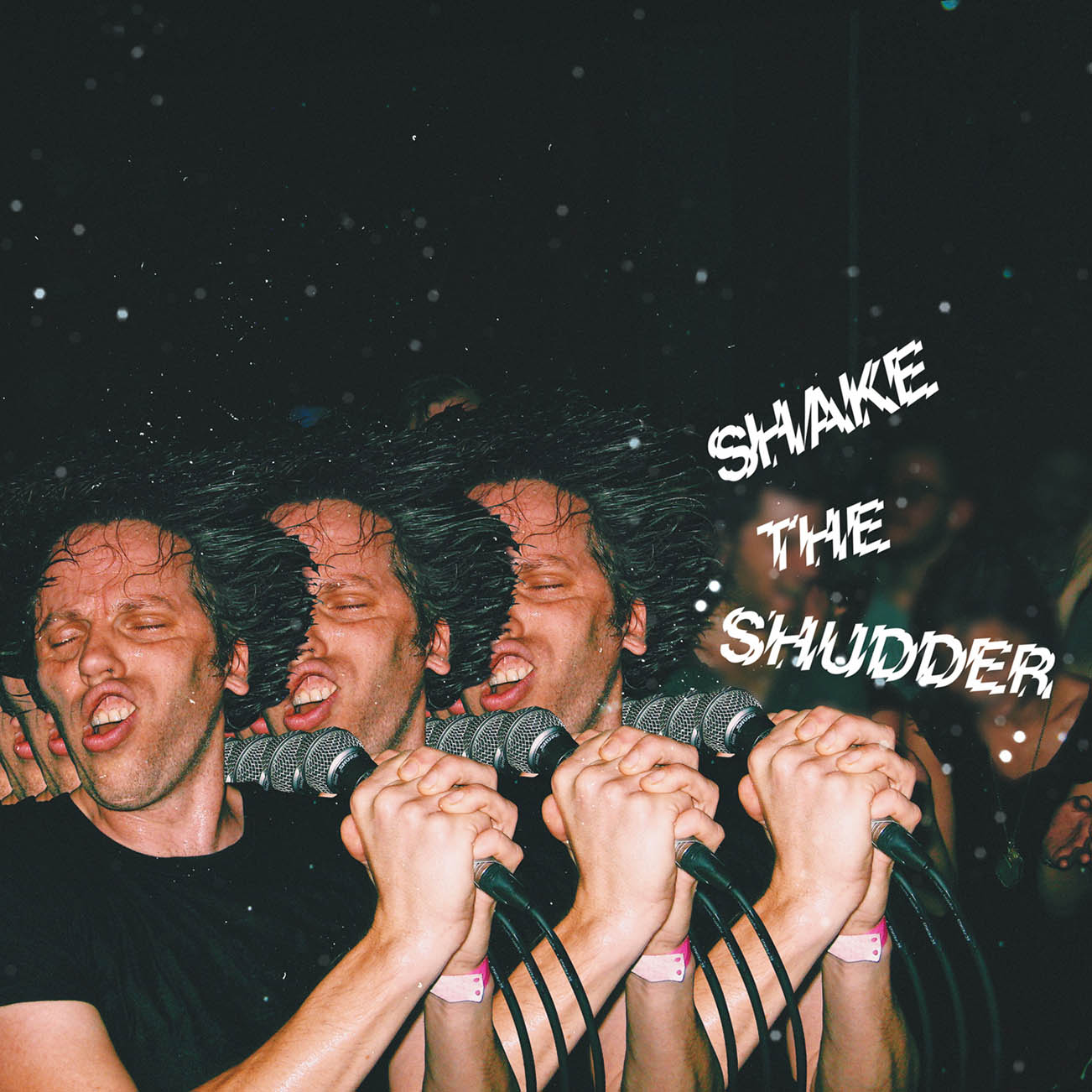 !!! have been quietly and successfully sharing their music for over 20 years. Never a headliner but never a waste, they’ve recently released their 7th studio album entitled Shake The Shudder. Known for their disco-fueled funky dance party vibe, the album focuses on an electronic sound related more-so to The Chemical Brothers than Earth, Wind & Fire. We’re in the Horseshoe, but there are moments where I feel like I’m back in Guvernment. I’ve been asked for cocaine 4 times now. Maybe that’s why.

From the moment the band takes the stage, I feel nostalgic. Not just for my first festival, but for a part of the Horseshoe Tavern I wasn’t around to experience. Lead singer (and unofficial vogue dancer) Nic Offer commands the audience through aggressive and soulful dancing across the stage that brings an air of Mick Jagger from their famous surprise set 20 years earlier. “Every time we play here, I think, ‘Mick Jagger danced here?’ it’s so… small.”

Nic made the most of the space and made due when space ran out. Leaping out into the crowd, he shoves a microphone into a fan’s screaming mouth. As she screams back his lyrics, he grabs her with both hands and sucks face. This is rock and roll.

As he wraps the microphone around his neck and gazes into the white light, I experience deja vu. I remember that move. He did it in the small Maritime town where I saw him over 10 years ago. I realise, as I cover the show, that I have another coming-of-age moment. This band follows me around my musical life, and I can’t wait to see where I am when they find me next. Hopefully, by then, the Horseshoe is serving $6-litre jugs of beer.