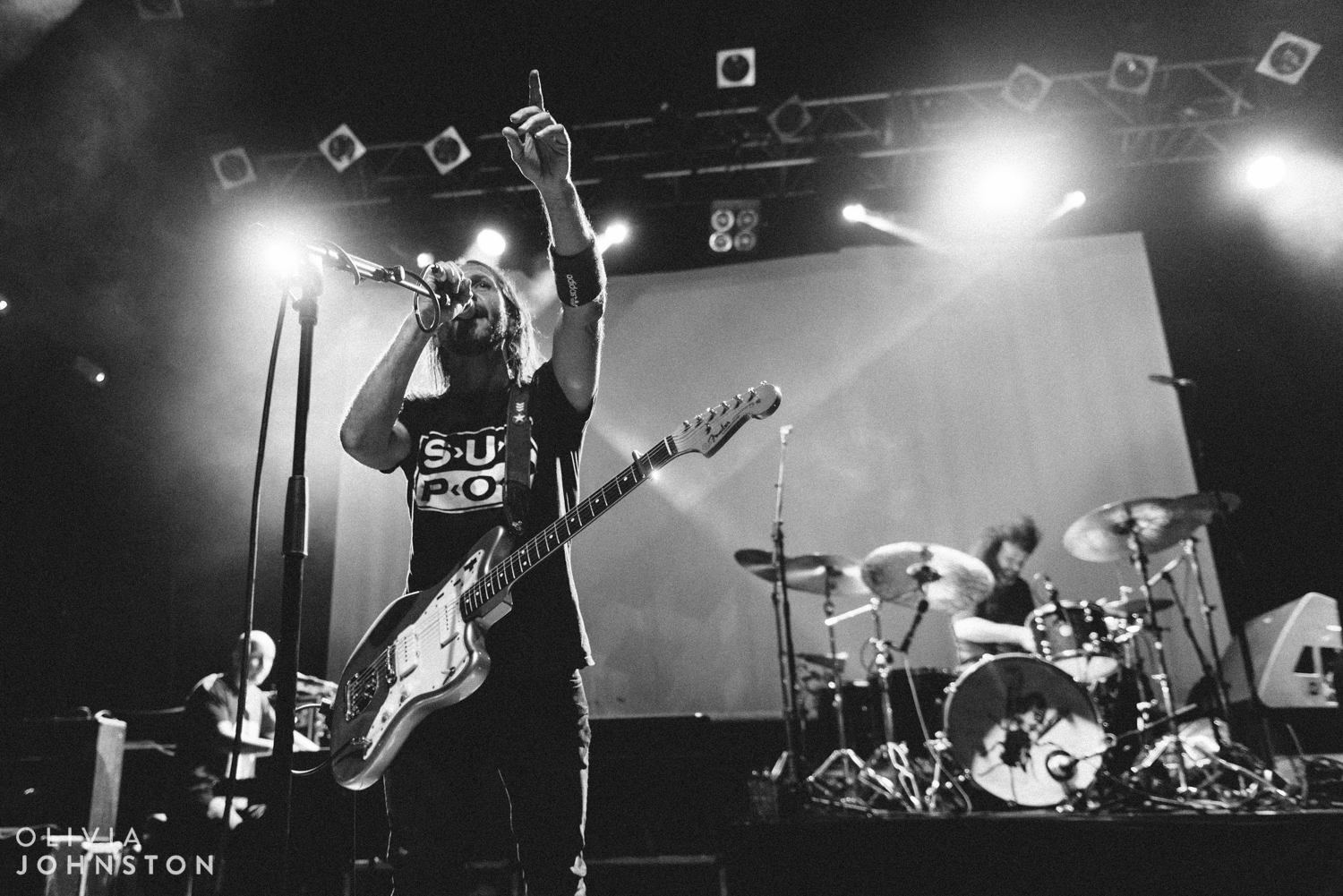 In recent years I have been very lucky with the weather at festivals, and this year at Camden Rocks the sun shone for me once again. Due to this rarity, Camden High Street was jam packed with tourists and revellers, giving the town a really exciting buzz. There were 250 bands on the bill, spread across 25 venues, making Camden Rocks a cornucopia of rock and metal music. I started my voyage into the festival in the afternoon, with Glam Skanks cramming themselves in to The Monarch. Their look is something straight from 80s glam rock (as the name suggests) but they swerve being just a cliche by bringing plenty of heart to their performance. There are two ways to approach Camden Rocks Festival, one; taking a stroll down the streets, enjoying the food and shopping, and then making pit stops for drinks when a band piques your interest, or two; religiously planning when and where to be in order to see as much as possible.

I fall into the latter category, and was keen to see Love Zombies so made a beeline for Dingwalls. Strangely, there was very loud jazz music playing right up until the band were on stage, but within seconds of the first chord the atmosphere changed. Love Zombies already had fans waiting at the barrier, and they were given quite a show considering what close quarters we were in. Hollis and Davey are a feast for the eyes on stage, but sadly I couldn’t understand any of the vocals, the sound was so distorted. The Underworld was next on my list, but it was so packed and unbelievably dark I couldn’t make it past the bar, which meant I found The Baddest across the road in the tiny Simmons Bar. They were playing to half a dozen people (four of which were specifically The Baddest fans) but I was pleasantly surprised by the swaggering riffs and rock n’ roll, occasionally sounding like U2. Visually, however, it was a very strange collective of musicians, so perhaps better enjoyed on CD.

A great merit of the festival is how close all the venues are, even the furthest apart are no more than a 20 minute walk away from each other. Compare that to the slow trudge through mud and crowds at the likes of Download and this was a breeze. I made it over to The Crowndale in time to see the end of Heel’s set, which was fantastic. Pairing Margarita’s powerful vocals and effervescence with the very cool interior of The Crowndale (tall ceilings, and stonework that looks like it’s a renovated church), Heel was a highlight of the festival. Speaking over the ParamoreHeel was the first young and modern band I had seen, up until that point all the acts had been older, in age and in style. Max Raptor followed Heel, and turning the joyful and buoyant atmosphere on its head, they instantly whipped up a frenzied moshpit, which was impressive given the size of the venue.

Although the Mornington Crescent end of the High Street was quieter, it is the location of KoKo, which housed several of the biggest acts on the line-up. Reverend and the Makers finished their set with “Silence is Talking” for which it felt like every person was jumping, bouncing and singing, a hugely uplifting experience. It is unifying moments like those that I only ever experience at gigs, and is a hugely important aspect of live music. I stayed to watch both the acts finishing the night at KoKo, the penultimate band was The Coral. Following the explosion of energy from Reverend and the Makers, their first few songs were off to a slow start, and I for one spent the whole set waiting for their most famous release “Dreaming Of You” which they left until last. Once again though, the entire venue was alive and dancing. Overall, the audience in KoKo was older and part of a more mainstream crowd.

A lot of revellers seemed to be spending the entire day and night just in KoKo (which was possible as there was a festival after party continuing until the early hours). The Virginmarys headlined the Underworld, which was just as dark as it had been when I visited earlier for Turbowolf, but much less busy. There were several hardcore fans here who had travelled just to see The Virginmarys so, despite the half-full floor, they received a good reception and played with just as much energy as I had ever seen. It was good to see them play a bigger stage but nonetheless, I was surprised that they were one of the headliners.

Top of the bill was Feeder, also at KoKo, and as Grant Nicholas walked onto the stage it felt as though the whole day had been a warm up for him and Feeder. Their set felt emotional, he expressed his gratitude at being back on that stage and the audience was treated to plenty of nostalgia as they played a broad mix of tracks from their back catalogue. They opened with “Insomnia” and played some huge songs including “Lost and Found”, “Come Back Around” and “Buck Rogers”.

In summary then, I have to say that Camden Rocks is one of the best value festivals around. It was organised with such precision and found the niche between being an indoor festival, combining it with all the best aspects of an outdoor festival – plenty of food, freedom and shops. There were too many bands to conveniently pin a genre on the festival and many of the bands you are unlikely to have heard of. However, buy a ticket and get stuck in, and you will leave with a new favourite band.