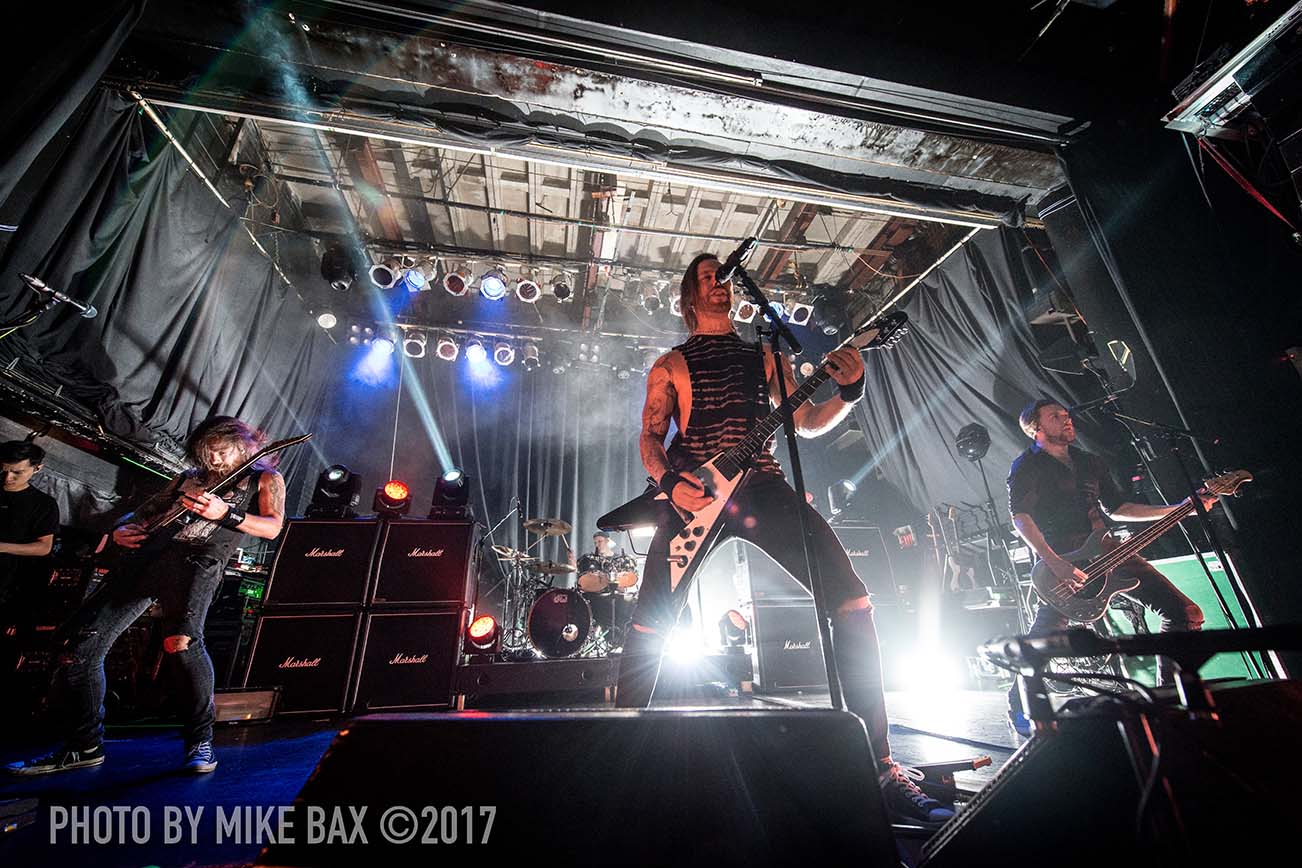 Matthew “Matt” Tuck, Michael “Padge” Paget, Michael “Moose” Thomas and Jamie Mathias made a bonus stop in Toronto at the Phoenix Concert Theatre, playing an intimate one-off show before heading to Montreal for Amnesia Rock Fest in Montebello. Getting to see this band in a venue the size of The Phoenix is a total treat, and fans tonight knew it.

B4MV performed Thirteen songs tonight – not a one from 2013’s Temper Temper album. There was good representation from The Poison (2005), Scream Aim Fire (2008), Fever (2010) and their latest full studio effort Venom (2015). The 2016 advance single “Don’t Need You” was played as the encore, with word on the street that album number 6 looms in the not too distant future, and shall be released through Spinefarm Records, Bullet For My Valentine’s new home.

Before the sixth album hits the streets, Bullet For My Valentine – Live From Brixton: Chapter Two shall see release on DVD and Blu-ray, with CD and Vinyl releases as well.

Setlist:
No Way Out
Waking the Demon
Your Betrayal
4 Words (To Choke Upon)
Worthless
The Last Fight
Intermission (“The Poison” Intro)
Her Voice Resides
Scream Aim Fire
Venom
Alone
You Want a Battle? (Here’s a War)
Tears Don’t Fall
Encore:
Don’t Need You

You can view “Don’t Need you”, taken from Live From Brixton: Chapter Two right here: