Jameson Edwards of New York’s rock trio Bloody Your Hands recently chatted with us about mixed nuts, recording in a bathroom, and their upcoming new album Monsters Never Die, slated for release on July 7th. The band’s second record, and follow up to 2015’s debut full-length, heads is a new direction with a focus on melody and tempo. Here’s how our chat went….

For those not familiar with the band can you tell us a little bit about yourselves?
Edwards: We’re an indie/alt rock band from NYC, and we’ve played in various forms since 2015. Mike and I met years ago – we used to be in a band called I Am The Heat. Henry joined the band after our first year as Bloody Your Hands. I think we all get along because there’s a lot of overlap between what we’re into. Musically speaking, sure, we like a lot of the same stuff but it goes beyond that too. Mike and I ride bikes a lot. Henry and I like to skateboard (as much as our schedules and bodies allow these days), and Henry and Mike are really into hockey. Like, really into it. And of course, we like to just hang out with friends at parties and bars. I know people who prefer treating their bands strictly like a job, where everyone is professional and they don’t really hang out outside of rehearsals/shows. But we like hanging out too. It can’t all be work, right?

Definitely. What is your creation process/writing process?
Edwards: Our writing process is very iterative. We start putting songs together as these sort of broad-stroke ideas. There’ll be an idea we’re trying to get across, some lyrics and a basic chord structure or melody. And then we just sort of play around with that a lot, trying different ideas, structures, tempos, etc, until we arrive at something we’re really into. Then begins the meticulous and often frustrating process of finetuning the song until it’s ready to play live or record. We do a lot of demo/scratch track recording at our rehearsal space so we can listen to and process things with fresh ears later, without being locked in a tiny, hot room together. It seems to work well for us. 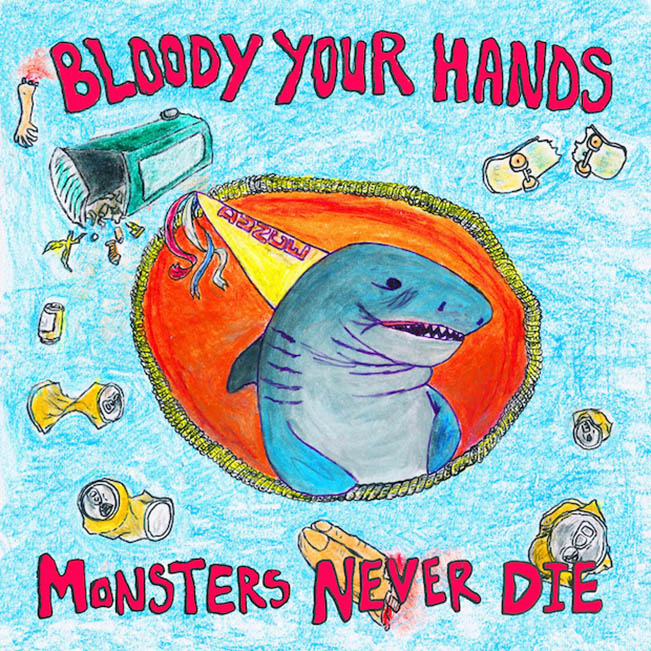 Tell us about the new album. What’s new? What are you guys excited about?
Edwards: This is our second album, and it’s definitely a new direction for us. With Monsters, we really tried to fine-tune our songwriting – strip things down before building them back up. We focused a lot on melody and tempo. We recorded as a 3 piece, with Henry playing both lead guitar and bass. This kept the creative process really focused and positive. Honestly, we’re really excited about every track on the record – hopefully, other people will be too!

What’s the story behind the name of the band?
Edwards: The name comes from the Pixies’ song Cactus: “bloody your hands on a cactus tree, wipe it on your dress and send it to me.” I listened to that band a lot growing up – I think Frank Black and I both had the same obsession with Lou Reed. I love how differently they approached chord progressions – lots of “major where minor should be” stuff. You can hear a little of that influence on songs like “Ypsilanti” (hear the premiere below) and “Firecracker”.

What’s the story behind the new album?
Edwards: The title is very self-reflective. We all have these dark parts of ourselves that we try to hide – bad habits, insecurities, personality quirks, etc. These are our inner monsters. You can tame them but they never really go away. A lot of this album is about learning to live with these monsters, at times even embracing them. Embrace your monsters. It’s therapeutic!

Tell us about a funny or cool moment that happened during the creation of this album.
Edwards: We got to do a bunch of cool things while making this album, like recording gang vocals in a bathroom and tracking the guitars through multiple amps at once. We also used a can of mixed nuts as a percussion instrument. It sounded cool, and the image of Mike using the nuts as a shaker will be forever amusing to us. In general, though, the recording process was a marathon of caffeine, alcohol, greasy Chinese food and patience. Oh, and dizzying conversations about guitar intonation.

If you’re in the area, check out Bloody Your Hands at The Delancey in Manhattan on July 28th for what will most likely be the band’s record release party.

Check out our premiere of the new single “Ypsilanti”