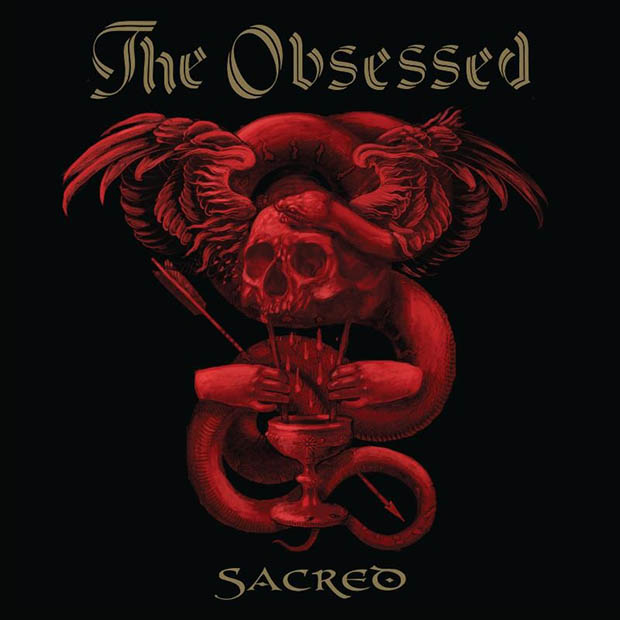 After a lengthy stint within St. Vitus’ ranks over the past few years, Scott ‘Wino’ Weinrich saw fit to rekindle the fires that The Obsessed had long neglected. Thanks to Relapse Records lending a hand, youngins can, at last, get a taste of the good stuff. Just the thought of reviewing this album was an expectant delight. I thought to myself when I hear it, I’ll write about how about-damn-time this album truly is, in the age of the digital streaming and the sparkling clean flat compression of loudness. The Obsessed are no ‘fad’ act or pony show. In an age where you want genuine rock stars now more than ever, say hi to the ones you’ve been ignoring so far.

The namesake track “Sacred” is nicely layered but every bit solid as the opening songs. Here the rock and the boogie wash over you like a warm day, but that’s not all. To many, Wino has the gift of lyrical brilliance at times that is and has been, shamelessly overlooked. I would look to point out “Stranger Things” for such reference; there’s a song to be definitely added to my list of the year. So much going on as you get further into the album, it’s an inviting time to let yourself breathe in the instrumental “Cold Blood” and the royal grooves of “Be The Night” and “Razor Wire”. If you get this album, however, look for the Deluxe Edition with bonus cuts, and the old-school doom gold of “On So Long”; almost curious why it wasn’t a regular cut, it’s just so complete a song.

Honest truth here, you shouldn’t have a damn thing else to do when you put this on; let it be said again, this album is for your own good if you like rock, metal, or heavy music in any way. These guys have the miles, scars, and stories of those damn miles and scars to educate you proper. The love that has been lacking for this particular bunch can now be showered upon them. Let’s hope that Mr. Weinrich and associates keep this particular train rolling. Rock ain’t got much that’s this genuine, nowadays, that isn’t fading away. Not The Obsessed though, they’re clearly on fire.

Check out the video for the song “Sacred”