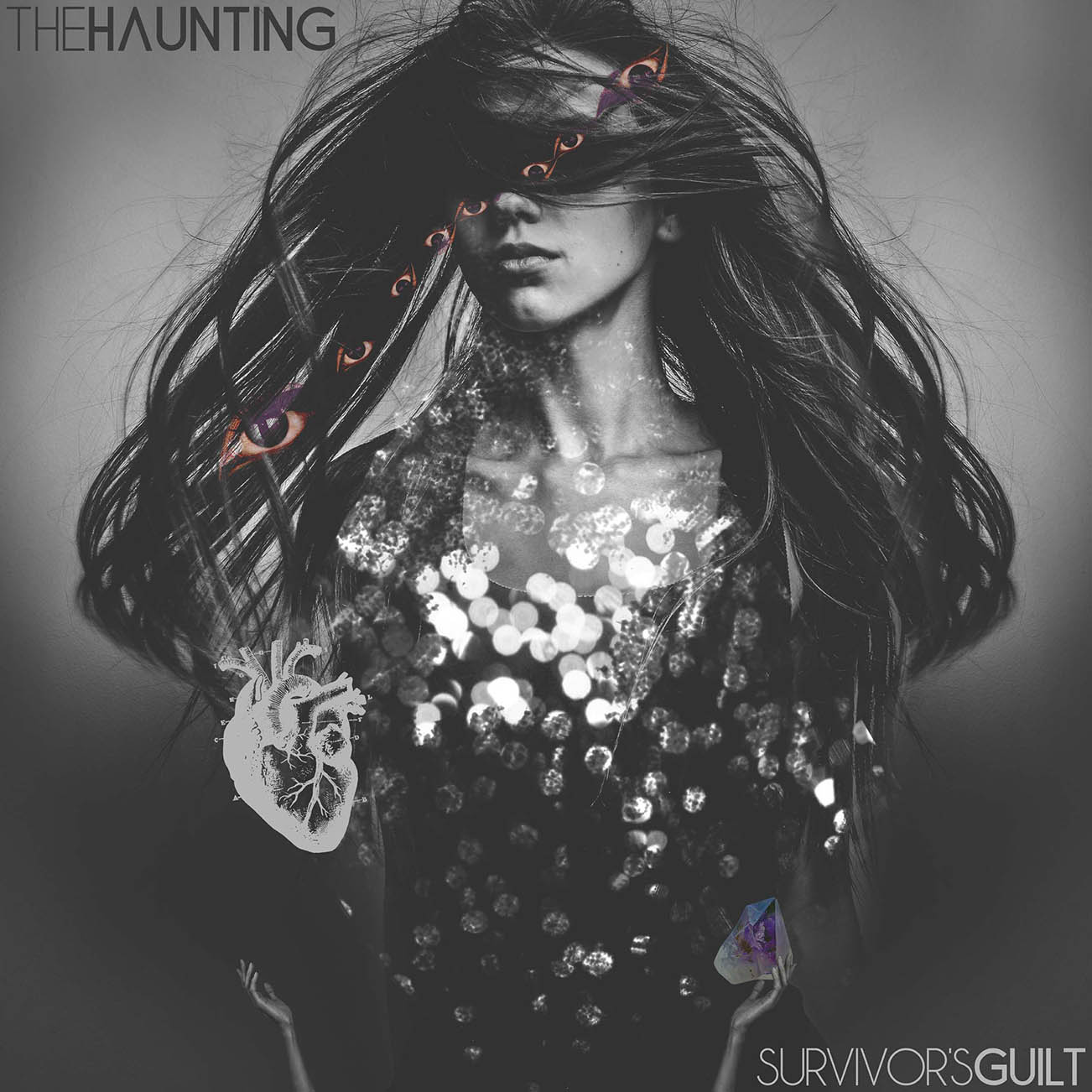 Brooklyn-based quintet The Haunting dropped their new album Survivor’s Guilt at the end of March and, reading down the press release that accompanied said album, it has to be said that it looked right up my street.

Now, having listened to Survivor’s Guilt, my initial suspicions were correct. All the elements are there and in the right place: the soaring vocals, the pulsing electronics, the atmospherics, but I just have one bugbear and it stops me really enjoying the Survivor’s Guilt as much as I really should and that is that the overall mix just sounds too loud. I know that sounds like a dumb thing to say but when I say ‘too loud’ maybe that isn’t the right term. Maybe it is more that when those walls of heavy guitars and thumping drums kick in, the end result doesn’t sound as pristine and immaculate as this kind of music really should and the great ideas that this band clearly has gets lost in a muddy, distorted mix. Other than that, there isn’t much to fault this incredibly personal album on. Tracks like the beautifully powerful “Unconditional” and the pounding “Catharsis” are a lesson in letting off steam as vocalist Veronica and her bandmates throw their all into material that is obviously inspired by matters painfully close to their collective hearts.

Going off the evidence on Survivor’s Guilt, these Brooklyn-based friends have a lot of big ideas and are very close to all the pieces of this complex, multi-layered puzzle all falling into place. In fact, it has to be said that judging by the evidence of tracks like “Unconditional”, The Haunting aren’t too far off being the finished article.

**Side Note** – in the time it has taken me to get this review together, Veronica has announced her departure from the band. Watch this space for more information.

Check out the track “Unconditional”