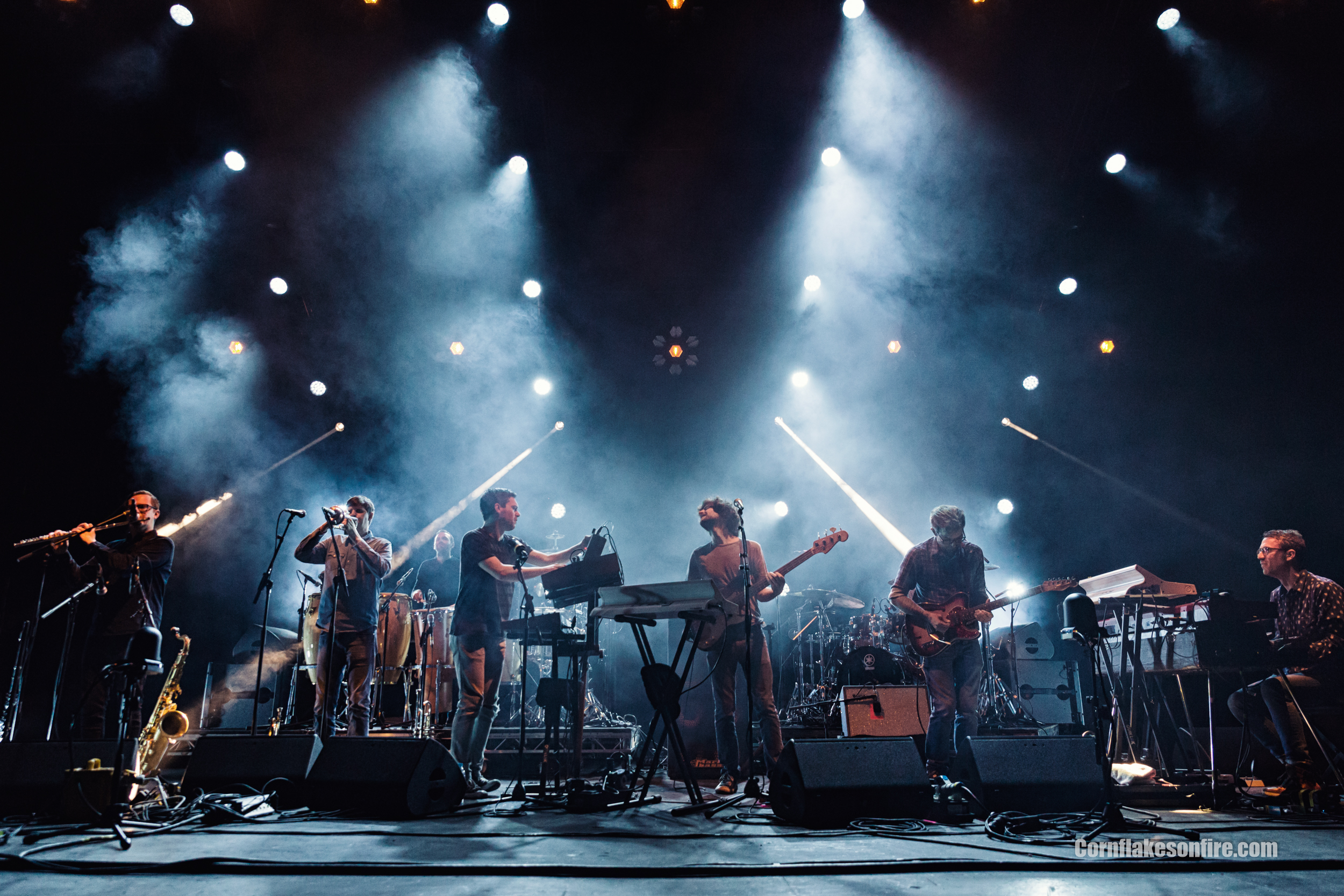 What’s got eighteen legs and is quite funky? The correct answer is Texas-based jazz fusion outfit Snarky Puppy. Although the exact number of legs the band has at any one time is in question due to a revolving cast of musicians, but that’s a different story. The Michael League led groove machine has been touring hard since releasing the Grammy-winning album Culcha Vulcha last year and they are currently a third of the way through a mammoth 37-date trek through the UK and Europe.

It was 8:40pm when the band took the stage, giving them plenty of time before the venue’s 11pm curfew to play at their leisure, which is a good thing as this is a band that moves at their own pace. Solos are taken when the mood strikes and the other members fill in the gaps while encouraging the principal musician. To help bring the audience into the performance as much as possible, there are small screens above the band that rotate into position and show close ups of what is going on when required. This is a particularly nice touch for a band that garners a lot of respect for their technical ability and it also helps to make a cavernous venue like the Apollo that bit more intimate.

The music world is full of bland bands going through the motions to keep the machine churning, but with Snarky Puppy you have a group of highly talented musicians who obviously love what they are doing and their shows transmit that energy and enthusiasm directly to the audience.